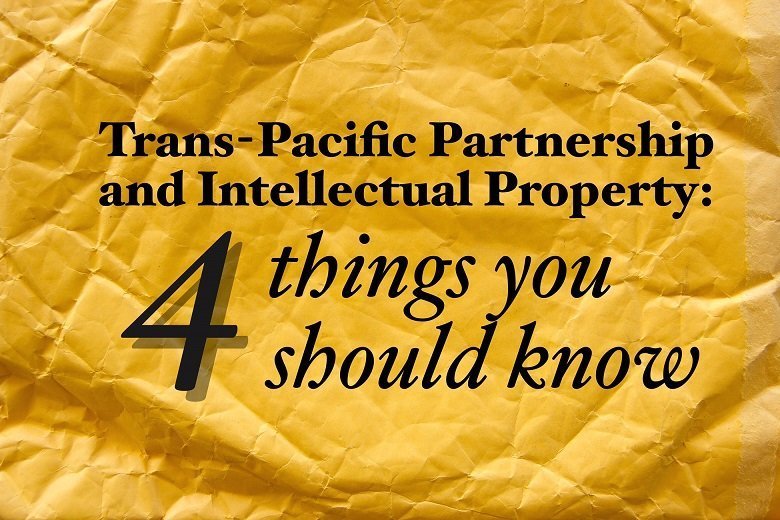 This is a guest post by Chua Sher Hann.

With our social media feed flooded with so much anti Trans-Pacific Partnership (TPP) literature attacking this contentious trade agreement in recent months, it can be extremely tempting to jump onto the anti-TPP bandwagon. The most highly contested component of the TPP is no doubt its intellectual property chapter. But how will this highly debated chapter affect the intellectual property protection regime in Malaysia?

The four major legislative implications are as follows:

1. Protection of non-traditional trade marks like sounds and scents.

Under present Malaysian trade mark laws, trade marks are defined to include a device, brand, heading, label, ticket, name, signature, word, letter, numeral or any combination thereof. Article 18.18 of the TPP states that signatory countries cannot deny registration of a trade mark only on the ground that the trade mark is a sound mark, further stating that signatories shall “make best efforts to register scent marks.”

This is an exciting move as it would appear that our local production house Les’ Copaque can now take steps to register Upin & Ipin’s signature “betul, betul, betul!”.

Also, if Malaysia allows scents to be registered, Qu Puteh’s Datuk Seri Vida can attempt to seek protection over the scent of her bestselling Diva perfume.

It will nonetheless be interesting to see how the parameters of assessing similarities would be drawn — would a musical sound that is similar to a minor key transposition of a registered sound mark be deemed as infringement?

For the man on the street like you and I, the obvious impact of this provision is that it will now take a longer time before we are able to freely use works created by others as they will now be subject to copyright protection for 20 more years before falling into the public domain.

Many commentaries appear to suggest that this extension of copyright term will prejudice students, budding musicians, and curtail creative freedom. While it would be arrogant to simply dismiss these concerns, it is important to stress that a lot of such worries may have been founded on the lack of understanding of the exceptions to copyright protection.

For instance, such exceptions under existing Malaysian copyright laws include use for education, private study, research, and other non-commercial purposes.

In other words, a manga fanatic should not need to worry about sharing her One Punch Man sketch on DeviantArt. She should however think twice about selling her fan art printed on t-shirts at the Comic Fiesta. And this has always been the case, even before the signing of the TPP.

3. Remedy for unreasonable delays in patent grants via adjustment of patent terms.

A patent term lasts for 20 years, calculated from the filing date of the patent application (and not from the date of grant, which usually takes a few years). Under Article 18.46 of the TPP, signatories are required to extend the term of a patent to compensate for any “unreasonable delays”, which is defined to include the delay in the issuance of a patent of more than five years from the filing date, or three years after a filing of request for examination, whichever is later.

As the provision adopts an inclusive rather than exhaustive definition of what constitutes “unreasonable delays”, critics are therefore concerned that this may cause delays in the entry of cheaper generic drugs into the market.

Nevertheless, Malaysians can find comfort in knowing that the Intellectual Property Corporation of Malaysia has always been efficient in processing patent applications, with patents usually granted within five years from the date of filing. In fact, the patent examination process has further increased in efficiency over the years with Malaysia’s participation in patent co-operation programmes such as the ASEAN Patent Examination Co-operation (ASPEC) and the Patent Prosecution Highway (PPH).

When requesting the approval of their products, drug manufacturers usually direct regulators to dossiers of data already submitted by originators to ease the evaluation of their applications. While there is an existing framework for the protection of data exclusivity for drugs containing new chemical entities, current Malaysian laws do not expressly address data exclusivity concerning new biologics. During the data exclusivity period, third party manufacturers cannot rely upon another manufacturer’s data to obtain approval.

Under Article 18.51 of the TPP, signatories must provide at least eight years of data protection, or alternatively offer comparable protection of at least five years, combined with other measures, for new biologics. The Ministry of International Trade and Industry has announced the government’s intention to apply the same period of protection used in respect of drugs with new chemical entities, i.e. five years, in respect of biologics.

Understandably, stakeholders are worried that this would jeopardise our access to affordable medicines, as this provision may result in the delay of the entry of generic drugs into the market and also higher costs which may have to be borne by the end consumer. While the confidentiality period allows originators to recover their research and development costs, one practical impact of this provision is that until the expiry of the exclusivity period, drug manufacturers will have to compile their own dossiers to demonstrate the quality, safety and efficacy of their products instead of simply asserting that their products are equivalent to the products of other manufacturers.

0 thoughts on “Trans-Pacific Partnership and Intellectual Property: 4 Things You Should Know”