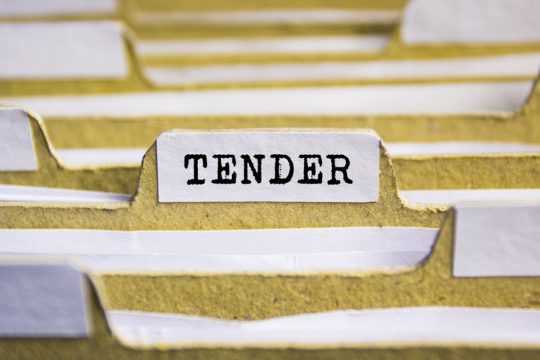 The Court applied the principles of formation of contract to the issue as to whether a contract existed between the Appellant, Emas Kiara Sdn Bhd (“Emas Kiara”), and the 1st and 2nd Respondents who were receivers and managers (“R&M”) of the 3rd Respondent, Lembah Beringin Sdn Bhd (“Lembah Beringin”).

On 5 May 2011, the R&M advertised in the newspapers seeking expressions of interest from the public to purchase the Properties. The R&M prepared an Information Memorandum (“IM”) which was made available to interested bidders for a fee.

Emas Kiara submitted an initial tender offer of RM60.08 million on 3 June 2011, increasing this to RM83.8 million on 17 June 2011. A competing tender of RM50 million (later increased to RM84 million) was submitted by two of the eight other parties who were the interveners in the present case (“Interveners”).

“Having completed our evaluation, we are pleased to inform that the Receivers and Managers (R&M) are agreeable to accept your offer to purchase the Company’s properties (Lands) in the Information Memorandum dated 5 May 2011 (IM) for RM83.8 million, subject to the amongst others, as agreed, the salient conditions stated herein below …”

The R&M then set out four conditions in relation to sale on an ‘as is where is’ and ‘en bloc’ basis, timelines for execution of the Sale and Purchase Agreement (“SPA”) and settlement of the purchase price and the forfeiture of deposit in certain circumstances.

The parties then exchanged correspondence to finalise the draft SPA. However, disagreements arose between the parties on the terms and conditions to be included in the SPA. On 6 December 2011, the R&M informed Emas Kiara of their decision to cease further negotiations.

Emas Kiara subsequently sued the R&M for breach of contract, claiming specific performance based on the terms and conditions in its letter dated 17 June 2011 read together with the IM and its letter dated 4 October 2011. The R&M counterclaimed for damages for wrongful lodgement of a caveat by Emas Kiara over the Properties.

THE JUDGMENT OF THE COURT OF APPEAL

According to the Court of Appeal, the central issue to be decided was whether there was a concluded contract between Emas Kiara and the R&M for the sale of the Properties upon which Emas Kiara could launch its claim for specific performance. The Court held that it must apply an objective test when scrutinising all the evidence to determine whether there was consensus ad idem, i.e. a ‘meeting of the minds’, between the parties.

The Court of Appeal held that the High Court had failed to properly apply the objective test to the material facts in the case, as it had considered each of the letters, meetings and other correspondence between the parties in isolation, without regard to the context in which the documents were made and exchanged. The Court of Appeal stated that until there was an express rejection or necessary inference of rejection of Emas Kiara’s offer, it was not open to the High Court to construe the letters as superseding each other, one overtaking the other.

The Information Memorandum and the ‘Process Contract’

The Court first examined the IM, holding that even though the IM was not itself a contractual document, it contained material information on, among others, the intention of the R&M; the Properties; how the expressions of interest, offers and negotiations would be conducted and the related timelines and formats to be used; the powers and rights of the R&M and of the interested parties; and the conditions of sale. The Court stated that the IM formed the basis of a ‘process contract’.

The concept of a ‘process contract’ was dealt with briefly by the Court of Appeal. Mary Lim JCA stated that the principle evolved to protect the integrity of the bidding process in tender exercises. The learned Court of Appeal Judge explained that a ‘process contract’ concerns the way the tender exercise is to be carried out, and that there is a duty of good faith and an implied obligation on those who invite tenders to only accept conforming tenders.

The Court made the following key observations on the clauses in the IM:

(i)     Clause 1.6 expressly warned that the R&M reserved the right not to accept the highest or any of the offers submitted;

(ii)    Clause 1.7 stated that the acceptance and timing of acceptance of any offer would be at the R&M’s sole discretion;

(iii)   Clause 7.0 spelt out ‘a considerable number’ of terms and conditions which were required to be incorporated in the SPA;

(iv)   Clause 8 stipulated that anyone interested in participating in the sale is required to make an offer together with earnest deposit in the form of a cashier’s order/bankers draft of 5% of the offer price, and the offer must be in the offer form prescribed in the IM; and

(v)    Clause 8.4 indicated that a formal SPA incorporating the terms and conditions of sale stipulated in the IM must be drawn up.

Was there a Concluded Contract?

Next, the Court examined the relevant correspondence between the parties to determine if there had been a concluded contract. The initial offer of RM60.08 million was made by Emas Kiara by way of its letter dated 3 June 2011. The R&M, by way of letters dated 8 June 2011 and 13 June 2011, requested that Emas Kiara increase its offer price and cautioned that any additional terms and conditions proposed that contravened those in the IM may disqualify Emas Kiara from participating in the sale.

The Court devoted particular attention to the correspondence referred to in the R&M’s letter dated 17 October 2011, i.e. Emas Kiara’s letter dated 17 June 2011 and an email from the R&M dated 30 September 2011. The letter dated 17 June 2011 from Emas Kiara set out its revised offer of RM83.8 million and enclosed the additional earnest deposit, together with the completed offer form in the format prepared by the R&M. The email dated 30 September 2011 from the R&M to Emas Kiara referred to the meeting held on 28 September 2011 and attached the 13 additional terms, stating that Emas Kiara should reply in writing by 3 October 2011 on whether they were agreeable to offer similar terms.

The Court held that Emas Kiara’s letter of offer dated 17 June 2011, completed in accordance with the requirements in the IM, formed the underlying bedrock of any contract between the parties. Further, the Court observed that from the correspondence, Emas Kiara’s offer was never rejected or disqualified – this indicated that the offer did not contravene the essential terms and conditions of the IM. Thus, until retracted or rejected, the offer of 17 June 2011 made by Emas Kiara remained valid and available for acceptance by the R&M. It was held that each of the letters related to each other and must be read with Emas Kiara’s said letter of offer and that the subsequent letters dated 3 October 2011 and 4 October 2011 were merely correspondence clarifying the offer.

Thus, the Court answered the central question in the affirmative. There was a concluded contract as the ‘three Cs’ were present: certainty of subject matter and contracting parties, consideration, and consensus ad idem.

The Issue of Consensus Ad Idem

Focusing on the point of consensus ad idem, Mary Lim JCA further analysed the terms used by the R&M in its letter dated 17 October 2011. The learned Court of Appeal Judge stated that the use of the words “accept” and “agreeable” evinced an intention on the part of the R&M to accept Emas Kiara’s offer of 17 June 2011. Moreover, the R&M had made it clear in the letter dated 17 October 2011 that the letter was written after completing its evaluation of tender bids, in particular, Emas Kiara’s offer.

The Court agreed with Emas Kiara’s argument that for the terms in the letter dated 17 October 2011 to constitute a counter-offer, there must be a time frame for Emas Kiara to respond. This was in view of the circumstances and the existence of other bids. Moreover, the R&M had consistently stipulated time periods in its previous letters, indicating the finality of its acceptance in its letter dated 17 October 2011.

The Court held that the 13 additional terms that the R&M sought to insert were not salient terms as they were not stipulated in the letter dated 17 October 2011; the salient terms were the terms already found in the IM. Further, the four conditions set out in the letter dated 17 October 2011 were consistent with those found in the IM. Thus, there had already been agreement on the three primary matters: (i) the terms and conditions as found in the IM; (ii) the signing of a formal SPA and the timing of the signing; and (iii) the agreement to pay the earnest deposit. It was held that such agreement was adequate for the formation of a contract.

Based on the above points, the Court held that an agreement had come into place and the parties were merely working out the finer details for inclusion in the SPA. The Court added that the fact that the parties subsequently failed to agree on these details did not mean that no agreement had been reached.

However, as the R&M had subsequently entered into eight SPAs with the Interveners in relation to the Properties in settlement of a civil suit filed by the Interveners, the Court held that the appropriate remedy was an award of damages for the loss of use of monies paid to the R&M by Emas Kiara. The Court further dismissed the R&M’s counterclaim for compensation for the removal of the caveat as there was no loss proved.

Emas Kiara v Monteiro provides valuable lessons for receivers and managers and liquidators in the sale of assets by way of tender. The Court of Appeal identified the building blocks of a contract in such a situation, namely (i) the information memorandum which sets out the salient terms to be incorporated in the contract; (ii) the offer made in accordance with the terms of the information memorandum; and (iii) the correspondence between the parties as to the acceptance or rejection of the offer made. Receivers and managers and liquidators must exercise care with the use of terms in responding to an offer, especially if they do not intend to accept an offer or wish to make their acceptance conditional on terms which have not yet been agreed between the parties. The Court will look at the entire course of negotiations in considering whether there has been a concluded contract. 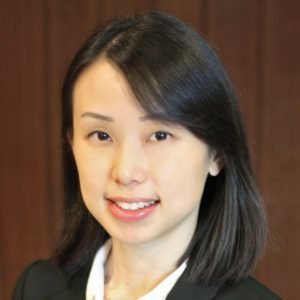 Nathalie is a commercial litigator with a focus on commercial and corporate disputes, restructuring and insolvency. She regularly acts for and advises receivers and managers in receivership proceedings.