Lee Shih and Joyce Lim discuss the effect of the Singapore Court of Appeal’s decision in the Sakae Holdings case. This article was originally published in Skrine’s Legal Insights Issue 03/2018.

In the recent case of Ho Yew Kong v Sakae Holdings Ltd [2018] SGCA 33 (“Sakae Holdings”), the Singapore Court of Appeal had the opportunity to clarify the distinction between personal wrongs committed against shareholders of a company and corporate wrongs against the company. This distinction directly relates to the question of whether the appropriate relief in each respective scenario would be by way of an oppression action or a statutory derivative action.

The Singapore Court of Appeal set out a framework to determine whether an aggrieved shareholder could maintain an oppression action or ought to have pursued a statutory derivative action instead.

This distinction may be challenging to apply in practice. This is because it is common for acts which are alleged to be oppressive to an individual minority shareholder, to concurrently also constitute a wrong to the company. The difficulty in making this distinction was at the heart of the appeal before the Singapore Court of Appeal.

In 2013, Sakae filed an oppression action under Section 216 against Andy Ong, his associates, and various companies owned and controlled by him (“ERC Group”) (“Defendants”). The action was filed on the basis that the Defendants had engaged in acts that were oppressive to Sakae as a minority shareholder of the Company.

DECISION OF THE HIGH COURT

The Defendants’ main defence was that Sakae’s claims were essentially claims in respect of corporate wrongs. As such, they could not, as a matter of law, be brought against the Defendants in an oppression action. The Defendants argued that the proper plaintiff in this case was the Company, and any loss asserted by Sakae was merely reflective of the loss sustained by the Company.

The High Court found in favour of Sakae and held that Sakae’s oppression action was properly constituted under Section 216. The unlawfulness of an errant director’s conduct could be evidence in support of the claim that he had conducted the company’s affairs in disregard of the plaintiff’s interests as a minority shareholder.

DECISION OF THE COURT OF APPEAL

The Court of Appeal upheld the High Court’s decision that Sakae’s claims pertain to personal wrongs committed against it and hence the oppression action was properly constituted.

However, the Court of Appeal cautioned against too readily granting a corporate relief in an oppression action. It held that an oppression action under Section 216 should generally not be permitted where the essential or sole remedy sought is a remedy for the company.

The Court of Appeal acknowledged that the distinction between a personal wrong and a corporate wrong would not always be clear.

Insofar as an oppression action under Section 216 could give rise to a risk of double recovery or prejudice to the creditors or shareholders of the company concerned, the Court of Appeal held that these concerns could be dealt with by the suitable crafting of court orders. The Court of Appeal laid out an analytical framework to distinguish between an oppression action for personal wrongs and a derivative action which was more appropriate for corporate wrongs.

THE COURT OF APPEAL’S ANALYTICAL FRAMEWORK

The Court of Appeal considered jurisprudence from the UK, Hong Kong, Australia and Canada and set out an analytical framework to guide the courts in making this distinction. This framework consists of two limbs, i.e. injury and remedy:

(a)    What is the real injury that the plaintiff seeks to vindicate?

(b)    Is the injury distinct from the injury to the company and does it amount to commercial unfairness against the plaintiff?

APPLICATION OF THE COURT OF APPEAL’S ANALYTICAL FRAMEWORK

In doing so, the Court of Appeal took cognizance of the fact that the High Court judge considered each of the Impugned Transactions to assess how Sakae was personally affected by them.

While the Defendants’ conduct also constituted a wrong against the Company, it separately amounted to a distinct personal wrong against Sakae as a minority shareholder. The Court of Appeal also held that the Impugned Transactions occasioned serious commercial unfairness to Sakae.

Sakae prayed for either a winding up of the Company or a buyout of its shares in the Company. In essence, the essential remedy sought by Sakae was to exit the joint venture with as little loss as possible and thereby meaningfully remedy the real injury that it had suffered. Further, both remedies were available only in an action under Section 216. Any benefit that accrues to the Company would be purely incidental to the essential remedy which Sakae seeks.

Although Sakae prayed for restitutionary orders, the Court of Appeal held that these orders did not constitute the essential remedy sought. Rather, the orders were necessary to ensure a fair value exit for Sakae.

Given the above, the Court of Appeal found that Sakae’s oppression claims were properly pursued by way of an oppression action as opposed to a statutory derivative action. It was not an abuse of process.

Finally, the Court of Appeal also dismissed the Defendants’ alternative defences. Firstly, one argument raised was that the JVA already provided a share buy-out mechanism if one of the shareholders committed a material breach. The Court of Appeal held that in law, an alternative remedy may preclude recourse to an oppression claim if that remedy was both adequate and appropriate to bring to an end the matters complained of. Here, it was unrealistic and lacking in commercial sense to expect the aggrieved shareholder to expend money to purchase shares in the company in which it had been oppressed.

Secondly, the Court of Appeal also rejected the argument that Sakae should be confined to the arbitration mechanism under the JVA. The parties to the JVA were Sakae, GREIC and the Company. The oppression action was based on the pattern of oppressive conduct orchestrated primarily by Andy Ong and one of the other Defendants. Both these individuals were not parties to the JVA and Sakae’s dispute would fall outside the ambit of the arbitration clause. The nature of the acts that Sakae complained of were held to be oppressive to Sakae even without regard to the JVA.

The provisions in Malaysia and Singapore on oppression actions and statutory derivative actions are very similar. The decision in Sakae Holdings will undoubtedly be of use to Malaysian courts and legal practitioners alike. The analytical framework will assist in providing a checklist for determining the mode in which a complaint relating to the conduct of the controllers of a company ought to be pursued, that is, whether by way of a statutory derivative action or an oppression action.

Finally, it is interesting that the Singapore Court of Appeal departed from the Federal Court decision of Jet-Tech Materials Sdn Bhd & Anor v Yushiro Chemical Industry Co Ltd & Ors and another appeal [2013] 2 MLJ 297. The Federal Court held that breaches of a shareholders’ agreement could not be a basis for an oppression action as they did not relate to the affairs of the company. I have written a short commentary on the Jet-Tech decision previously. The Singapore Court of Appeal disagreed. There are many situations where a shareholders’ agreement would in fact specifically concern the affairs of the company. 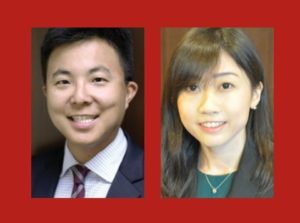 Co-written by Joyce Lim. Joyce is a dispute resolution associate in Skrine. Her areas of litigation include commercial and corporate disputes.