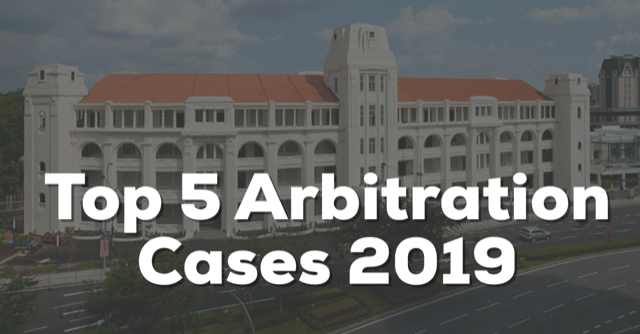 First, the Federal Court appeared to recognise the ability for parties to an arbitration to apply for an anti-arbitration injunction i.e. a Court-granted injunction to restrain arbitration proceedings. This is despite the AA 2005 not having any provision that allows for this and despite the application of section 8 of the AA 2005 (i.e. the court shall not intervene in matters governed by the AA 2005).

Second, this decision is clear that a non-party to an arbitration can apply for an anti-arbitration injunction to restrain the arbitration between the arbitrating parties. The test is the serious issue to be tried and other elements under American Cyanamid / Keet Gerald Francis.

Third, the Court favoured court proceedings (involving non-parties and parties to an arbitration) taking precedence over the arbitration between arbitrating parties. Concurrent court and arbitration proceedings would also appear to be not allowed once there is the risk of inconsistent findings.

I have written about the decision here.

#2: Awangsa Bina – Stay of a Winding Up Pending Arbitration

The case held that a stay of court proceedings under section 10 of the AA 2005 cannot apply to staying a winding up petition.

The High Court in this case adopted the earlier High Court decision in NFC Labuan and also the UK Court of Appeal approach in Salford Estates (No 2) Ltd. However, that was not the end of the matter.

This case is the first decision to interpret the confidentiality provision under the AA 2005. This is contained in the new section 41A of the AA 2005 which came into force in May 2018. This provision essentially provides that no party may publish or disclose information relating to the arbitral proceedings and the arbitral award. There are then certain exemptions that allow for publication e.g. to pursue a legal right or interest, to enforce or challenge the award, or disclosure is obliged by law.

First, the Court explained the application the section 41A mechanism. It is a statutory provision that supersedes the common law position. The common law position is generally accepted as the arbitration proceedings are confidential. Disclosure of the information is then only permitted by consent of parties, or by leave of the court. Section 41A thus allows disclosure of information if it is within the exceptions set out in section 41A(2)(a)-(c) of the AA 2005, without the need of leave of the court.

Third, it is therefore clear that the prohibition of section 41A(1) does not extend to non-parties to an arbitration.

#4: WRP – Setting Aside of Interim Measure

Here, an interim prohibitory and restraining injunction had been granted by the High Court in aid of arbitration. Subsequently, there was a material change in circumstances as well as the discovery of the suppression of material facts at the time of the original inter partes hearing.

The Court referred to case law from Malaysia, Singapore and the UK. The authorities supported the reasoning that where there has been a material change in circumstances, the Court can vary or set aside the earlier granted injunction. Further, there had been a suppression of material facts or an intentional action to mislead the Court. This also justified the setting aside of the earlier granted interim measure.

After more than 3 months, and the case management dates, the Defendant had still yet to issue a notice of arbitration. The Plaintiff filed an application to set aside the earlier stay order and the Sessions Court allowed the setting aside.

On appeal to the High Court, the Court maintained the decision. The Court decided that it was valid for the Sessions Court to have made the stay order and to have directed the Defendant to refer the matter to arbitration. It was also proper for the Sessions Court to continue to fix the case management dates to monitor and to be updated on any referral to arbitration.