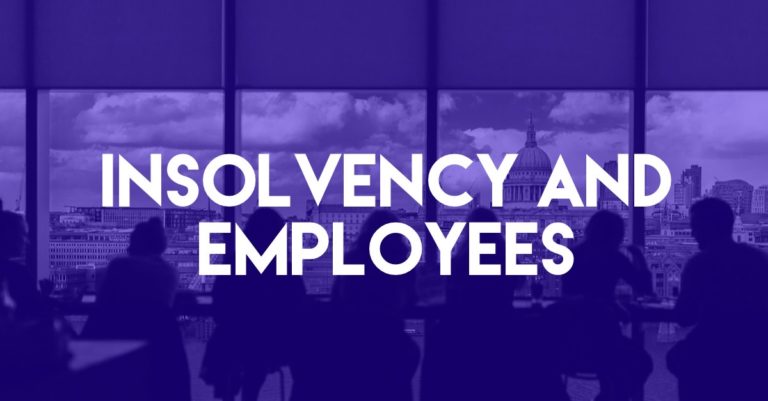 Under Malaysia’s movement control restrictions and with COVID-19, companies are facing cash-flow issues and financial difficulties. With the employers facing such difficulties, the employees may also face salary cuts (for example, see this news report) or retrenchment. Companies may then slip closer towards financial distress and may have to pursue restructuring and insolvency options. This article sets out the insolvency issues relating to employees.

I set out the different scenarios where a company in distress may pursue a scheme of arrangement, apply for judicial management, end up placed in receivership or is compulsorily wound up. I touch on how these scenarios will affect the rights of employees.

Where a company undertakes a scheme of arrangement, the existing management continues to be in control of the company. Therefore, the relationship between the company and the employees would not be affected.

The company may apply for a restraining order to provide it with protection from legal proceedings. The grant of a restraining order requires a creditor-nominated director to be appointed to the board of directors. But it is unlikely that this director will take part in the day-to-day management of the company and the director would not be interacting closely with all employees.

Judicial management involves the court eventually granting an order and appointing a judicial manager (JM), being an insolvency practitioner, to take control of the company. This is to steady the company and to have the JM try to work out a proposal with the company’s creditors. There may be three phases affecting employees.

The third phase is where the court grants the judicial management order and appoints the JM proper. The JM is an insolvency practitioner and would be from one of the accounting firms.

Critically, in relation to employment contracts, the default position is that the JM will now become personally liable for the contracts of the company entered into or adopted by the judicial manager (see section 416(1)(b) of the CA 2016). This would include employment contracts. But, the JM is not treated as adopting the contract within the first 30 days of the grant of the judicial management order (see section 416(3) of the CA 2016). This would mean that in the first 30 days of the grant of the order, the JM would have to assess which employment contracts the JM wants to continue or to adopt, and which ones to terminate.

Throughout the duration of the judicial management order, the company continues to enjoy the moratorium protection. The initial order will last for six months and the Court may extend the order for a maximum of a further six months.

A company may have taken out a loan and where the loan is secured through a debenture. In the case of a default in the loan, the debenture allows for the appointment of a receiver or receiver and manager over the company.

I will touch on the common situation where a receiver and manager (R&M) is appointed over all the assets and undertakings of the company. I make six points for this scenario.

Second, on the company’s employees. If the R&M were to continue the business, the R&M has to decide whether to retain all the employees or, more likely, to terminate some of their employment. The overriding aim of the R&M is to maximise the returns to repay the debt due to the debenture holder. So, the R&M has to try to maintain the cashflow to keep the company afloat.

Sixth, the R&M’s common exit strategy to maximise the repayment of the debt will be a sale of the charged assets of the company. That may include the work place, like the factory or the plantation that the employees work on. All of these assets are charged to the secured creditor and would be first used to repay the secured debt. Ordinarily, only the excess proceeds would be used to pay the unsecured creditors, and that would include any employees’ claims such as unpaid wages and the like. This may leave the employees with the risk of being paid very little, if at all.

The final situation is where the company is unable to pay its debts and faces the situation of a Court winding up petition.

First, once a winding up petition is filed in Court, the company should no longer be paying out any money. This is the effect of the void disposition provision (see section 472(1) of the CA 2016). Strictly speaking, the company must apply to the winding up court for a validation order to allow for payments out, especially for payments in the ordinary course of business like salaries. In practice, many companies still continue operate as normal despite the filing of the winding up petition. Banks also ordinarily would not freeze the bank accounts of the company as this has been frowned on by case law.

Third, if the winding up petition is allowed, the Court will make a winding up order and appoint the liquidator. English case law from the 19th century has established that the making of the winding up order serves as a notice of discharge of all the company’s employees (see for example, Chapman’s Case (1866) LR 1 Eq 316).

Sixth, the issue of priority of debts  owed to employees. The CA 2016 sets out a list of priority of debts that are to be paid before the unsecured debts are paid. First would be the costs and expenses of the winding up, including the liquidator’s fees. Second would be wages or salary up to the sum of RM15,000 for services rendered to the company within a period of four months before the winding up order. Third, would be amounts due for worker’s compensation. Fourth, remuneration for vacation leave. Fifth, amounts due for contributions payable during the 12 months by the company relating to social security and superannuation or provident funds.