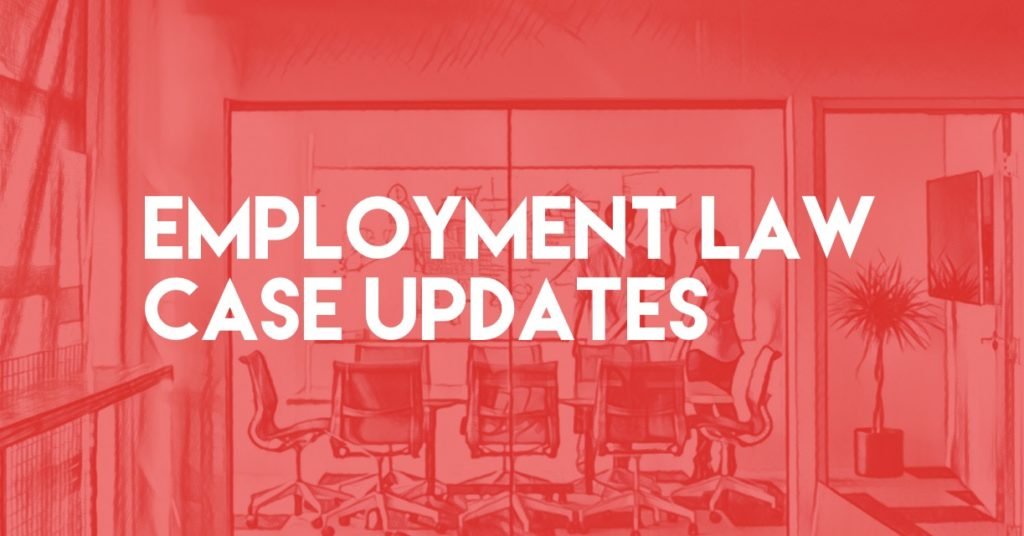 Retrenchment exercises have been a regular occurrence in the Malaysian industrial relations landscape for many years now. This looks set to continue deep into 2021, as employers respond to the challenges created by the on-going pandemic. Despite this prevalence, many employers often mishandle retrenchment exercises, with significant consequences.

The recent Court of Appeal (“the COA”) case of Ng Chang Seng v. Technip Geoproduction (M) Sdn Bhd & Anor [2021] 1 CLJ 365 usefully sets out some key legal and practical principles that all employers should consider when embarking on a retrenchment exercise. Among others, the judgment in the Ng Chang Seng case covered the following issues:

You can find all our previous posts on retrenchments by clicking on the tag here. Some of my earlier articles have been very popular and should prove useful:

In the Ng Chang Seng case, the employee (“the Employee”) had been working for the company (“the Company”) for around 13 years before he was retrenched due to redundancy as part of a global downsizing. The Employee claimed that the retrenchment was an unfair dismissal as —

The Industrial Court (“the IC”) found in the Employee’s favour, deeming the retrenchment as not genuine, and was instead an excuse used by the Company to dismiss an employee they viewed as a poor performer without going through the proper process. The High Court (“the HC”) sided with the Company, and quashed the IC’s decision, finding that the retrenchment was genuine and part of the Company’s prerogative to restrategise due to the business slowdown, and that the foreign staff that were retained had special skills not possessed by the Employee. The matter then proceeded to the COA.

The Court of Appeal’s findings

We will zoom in on the key learnings from the COA’s judgment:

1. The employer must be able to prove that the employee was redundant, and the fact that his job functions remained but were reassigned to other employees went against the employer.

The Company re-engaged employees who had been terminated on a contract basis, and continued to recruit foreign workers on a contract basis. The COA stated what while this approach made economic sense in an uncertain market, it was not “the proper way of right sizing”.

2. A retrenchment cannot be used as an easy way to dismiss an employee that the employer is unhappy with for other reasons.

The COA pointed out that a retrenchment exercise cannot be used as a “shortcut to get rid of employees that a company does not want because of a perceived insubordination or poor performance”. There are processes that need to be followed for a misconduct or poor performance dismissal, and an employer cannot justify a retrenchment termination as being better for an employee: “It is not for the company to rationalise that at least in retrenchment he gets a sum for termination benefits for which he should be grateful but that in termination for misconduct he gets nothing and a bad reputation”.

3. In deciding whether there was a redundancy, the court will look at the employees that were retained instead of the employee, and not how many employees were also retrenched.

The crucial question was whether the employee’s position/job had been made redundant. In this case, there were still 11 foreigners and five locals holding a similar position to the employee. The COA explained that the evidence adduced that —

had been retrenched was “not relevant in determining whether the [Employee] had been rightly selected for retrenchment”.

Instead, to justify the selection of the Employee for retrenchment, the correct comparison is not “to the staff that had been retrenched but to those being retained in preference to the [Employee]”. The relevant consideration is “whether the [Employee] ought to have been selected for retrenchment having regard to the employees in the same [department of the Employee] that remained”.

4. To justify not using LIFO, an employer must provide clear evidence to prove that an employee does not have the special skills required for the job.

The Company had not followed the LIFO principle in selecting the Employee for retrenchment. There was no evidence that the 11 foreigners and five locals who were retained and had similar roles to the Employee had longer employment tenures. Instead, the Company tried to justify an exception to LIFO, which is that the retained employees had special skills/expertise which the Employee did not. While this would be a valid reason to depart from LIFO if true, the Company failed to provide convincing evidence of this, instead expecting the court to believe the Company on “a mere ‘say so’ which falls short of discharging the burden of proof”.

The Company failed to convince the court that the skill required was a rare specialty, and that a technically-competent employee of the Employee’s ability couldn’t pick up the required new skills. In order to rely on the contention that the foreign employees had special skills which the Employee did not, the Company should have provided evidence.

5. An employer must retrench foreign employees before local employees, unless there are evidence-backed reasons for not doing so.

The COA reiterated that “it is a principle of retrenchment as contained in the Code of Conduct that if the exercise is necessary then the company must retrench the staff starting with those who are foreign workers”. In the present case —

All this, and the fact that there was no evidence that the foreign employees had skills which the Employee did not have, created doubt that the retrenchment exercise was genuine.

6. While the Code of Conduct does not have force of law, the court does place some importance on compliance.

The COA concluded that there was no reason to set aside the IC’s finding that the Company had not proved the Employee had been terminated for a just cause and excuse due to a valid redundancy. The Company failed to show it was justified to depart from LIFO, or that the retained employees had special skills that the Employee did not have to justify the selection made. The evidence showed that the Company selected the Employee for performance and conduct reasons, and “the retrenchment exercise was thus colourable and for a collateral purpose and […] the termination was without just cause and excuse”.