The High Court decided that unsecured creditors did not come with the category of specific creditors referred to in Rule 13 of the Companies (Corporate Rescue Mechanism) Rules 2018. Rule 13 refers to only certain creditors who may appear at the hearing in order to oppose the application. The persons are a debenture holder or any secured creditor.

13  Notice of intention to appear

(1) Only the following person may appear at the hearing of an application for a judicial management order to oppose the application:

(a) any person who has appointed or is or may be entitled to appoint a receiver or receiver and manager under subparagraph 408(1)(b)(ii) of the Act; or

(b) any secured creditor referred to in paragraph 409(b) of the Act.

Therefore, the High Court ruled that the banks could not intervene in the judicial management application proceedings. The banks appealed.

In July 2020, the Court of Appeal reversed the High Court decision. There are no grounds of judgment that I am aware of.  The Court of Appeal ruled that unsecured creditors have the right to be heard and to oppose the making of a judicial management order. That principle would appear to be similar to the High Court decision in the Goldpage decision.

The Federal Court granted leave to appeal on two questions of law: 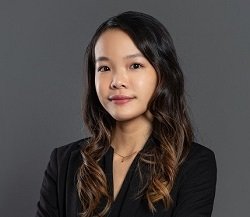 Pang Huey Lynn is an associate with Lim Chee Wee Partnership. She is active in the field of restructuring and insolvency, and commercial disputes. She graduated from the University of Cambridge.