There can be legal repercussions to a company when one of its directors is adjudged bankrupt. It is common in the constitution or articles of association to provide that the office of the director will become vacant if the director becomes bankrupt. I set out below three interesting legal issues that arise from bankruptcy and directors. 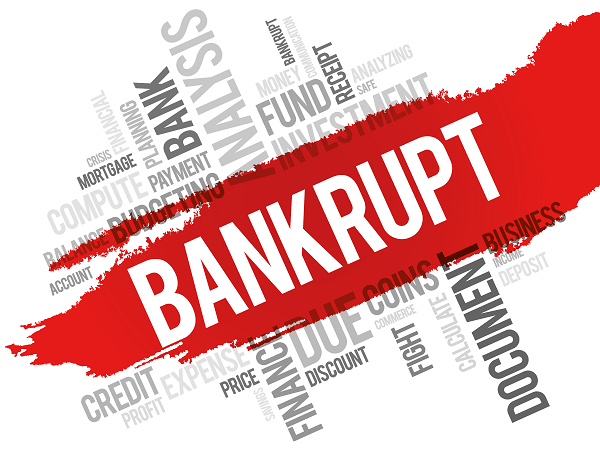 First, I will deal with the potential adverse impact of bankruptcy on directors’ resolutions and legal proceedings. This in light of the recent Court of Appeal decision in Sazean Engineering & Construction Sdn Bhd v Bumi Bersatu Resources Sdn Bhd [2018] 5 AMR 443; [2018] MLJU 839. This decision was under the Companies Act 1965 (CA 1965). Secondly, I interpret these issues in light of the Companies Act 2016 (CA 2016). Thirdly, potential ways to overcome such arguments.

Issue #1: One of only two directors adjudicated bankrupt – Board rendered legally incompetent.

Brief facts of Court of Appeal case in Sazean Engineering

It was not disputed that both Bernard Lim and Bumi Bersatu were aware of Bernard Lim’s bankruptcy since at least 2014.

The Court of Appeal held that upon Bernard Lim’s bankruptcy, his office as a director fell vacant by operation of law. This was under the wording of regulation 72 of the Table A articles of association of Bumi Bersatu which states that the office of a director shall become vacant if the director becomes bankrupt.

This reduced the number of directors to only one, which was below the minimum number under the CA 1965 which required two directors. Hence, the Board was now legally incompetent to act.

The Court of Appeal further rejected another argument raised by Bumi Bersatu. The argument was that a de facto director could fill in the vacancy in order to meet the minimum number.

Bumi Bersatu raised a further legal argument. That the impugned acts by Bernard Lim, as a director, could be saved under section 127 of the CA 1965. Section 127 stated that the “acts of a director … shall be valid notwithstanding any defect that may afterwards be discovered in his appointment or qualification.”

This argument failed. Bumi Bersatu and Bernard Lim were aware of his bankruptcy since 2014. It could not be said that when Bernard Lim and the Board passed those resolutions, that they were acting bona fide and in good faith. Hence, those acts could not be saved under section 127 of the CA 1965.

On a related note, the Court of Appeal also considered whether those impugned acts by Bernard Lim could be saved by ratification by the shareholders. It was held that a breach by a director may only be ratified where the breach did not involve unlawful conduct. In this case, those acts of passing the directors’ resolutions contravened the Bankruptcy Act 1967 and the CA 1965. Hence, those acts were illegal.

Issue #2: Interpretation of these issues under the CA 2016

Under the CA 2016, many companies have retained the Table A articles of association which would provide a similar regulation 72 stating that a director’s office shall become vacant on that director’s bankruptcy. In addition, the office becoming vacant upon a director becoming bankrupt is also now expressly set out in section 208(1)(d) read together with section 198(1)(a) of the CA 2016. This is mandatory language under the CA 2016 so this would apply to all companies, regardless of whether the company has a constitution or not.

For a private company, there are some additional issues to consider. A private company need only have a minimum of one director (section 196(1)(a) of CA 2016). Hence, it is possible for the sole remaining director to still continue to pass valid Board resolutions. But private companies must still be conscious whether their constitution still requires a minimum of two directors for proceedings of directors (see regulation 83 of the Table A articles of association).

For public companies, there is still a minimum of two directors. Hence, if one of two directors are adjudged bankrupt, this decision applies in that the Board is rendered legally incompetent to act.

Issue #3: Potential workarounds when the Board cannot act

This case also gives rise to related issues. What happens when the Board is unable to act, or is legally incompetent to act? In the case of Sazean Engineering, the number of directors had dropped to only one. The shareholders of Bumi Bersatu should have just taken steps to appoint at least one more director in order to meet the minimum number of two. But there are instances due to deadlock or due to urgency, the situation is where the Board is unable to act.

In the context of having authority to move the company to initiate or defend legal proceedings, a properly appointed managing director or CEO is normally recognised as having the day-to-day management powers. So individually, the managing director or CEO could validly act on behalf of the company to instruct lawyers to, for instance, initiate adjudication proceedings.

Where the Board continues to remain unable to act or is deadlocked, there is a further argument. That the shareholders, acting collectively in a general meeting, is able to exercise residual rights of management. So shareholders’ resolutions may be sufficient to authorise the company to take certain acts. Ordinarily, only directors can exercise such powers of management.

In conclusion, it is essential that the company has the proper authorisation to act in a certain manner in legal proceedings. As seen in this case, the company, Bumi Bersatu, succeeded in three adjudication decisions. But ultimately, it failed and had the decisions set aside. So whether it is directors’ resolutions, a managing director exercising day-to-day management powers, or even shareholders authorising the company, it is important to be aware of all the potential legal arguments.