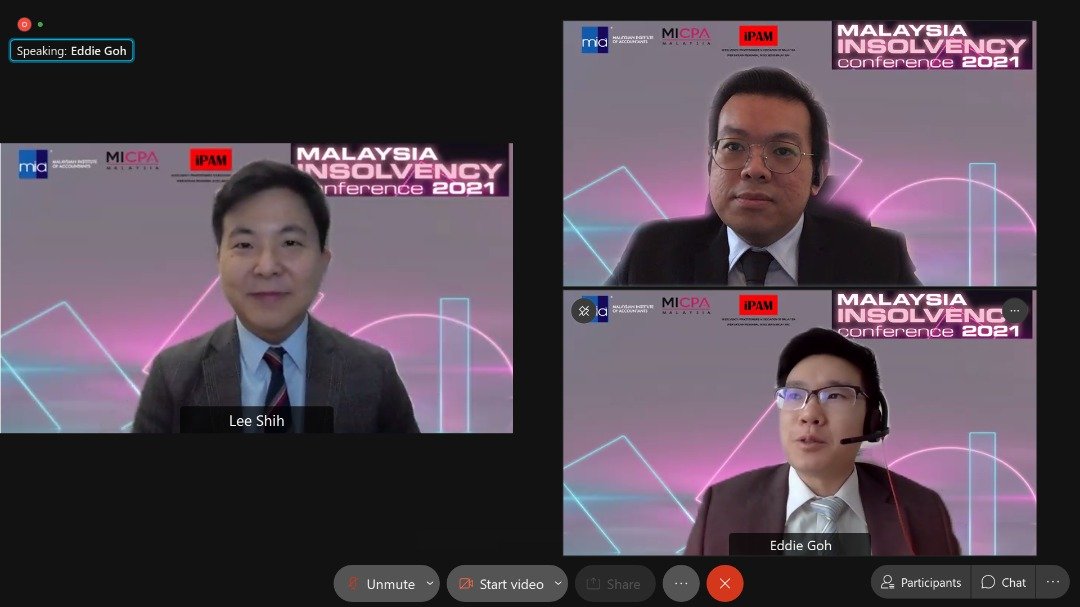 Today was the second day of the Malaysia Insolvency Conference 2021. I had a very engaging session with my fellow speakers, Alex Chiang of Rodgers Reidy and Eddie Goh of Deloitte. The session was titled Lessons from Recent Landmark Cases. The session was a blend of practical issues and legal changes from recent court decisions.

At the session, I promised to set out a summary of the cases and legal principles I referred to. I set them out here.

The need for the proposed judicial manager to put forward some form of affidavit, evidence, proposal or report to the judicial management court. This trend started with the case of Re Biaxis (M) Sdn Bhd [2020] MLJU 1188 (read my case update here) and continued with Sin Soon Hock Sdn Bhd [2020] MLJU 1242. Biaxis and Sin Soon Hock have generally continued to be referred to in other High Court cases.

I had mentioned about how our CA 2016 does not contain express provisions to challenge or to remedy any unfairness in CVAs. In the UK, where there is also the CVA mechanism, there have been some recent challenges by landlords.

You can read a case commentary here and it is on the case of Carraway Guildford (Nominee A) Ltd and others v Regis UK Ltd and others [2021] EWHC 1294 (Ch).

I highlighted the case of Re Top Builders Capital Bhd [2021] MLJU 693 (read the case update here) decided in the context of a scheme of arrangement. The Court says that for a scheme, there must be “a single correct answer” as to what is this debt. This debt determines the value of the vote as well as the value of the distribution.

There is a difficulty in applying this in a CVA context since there is only that short 28-day period for the holding of the creditors’ meeting. If you do apply a similar reasoning in Top Builders, how do you find the “single correct answer” of the quantum of the debt in such a short time frame?

We also touched on the first case in Boustead Naval Shipyard for a Court appointment of an approved liquidator under section 367 of the CA 2016. To report on the viability of the scheme.