The High Court in the Sulaiman & Taye decision (see the grounds of judgment dated 8 July 2020 of Ong Chee Kwan JC) deals with very significant issues in relation to fraudulent trading. Fraudulent trading is where directors of a company have to bear personal liability for the debts of a company in winding up. This is because the directors carried on the business of the company with the intent to defraud its creditors. In particular, whether the delinquent directors bearing personal liability then has to pay directly to the aggrieved applicant or to pay into the wound up company’s assets for the general benefit of all the creditors. END_OF_DOCUMENT_TOKEN_TO_BE_REPLACED

I have been invited to speak as part of the Malaysian Institute of Accountants webinar series. My session is on Thursday 14 May 2020, 10.30am to 11.30am. It is titled ‘Red Alert: Directors’ Responsibilities in the Zone of Insolvency’. 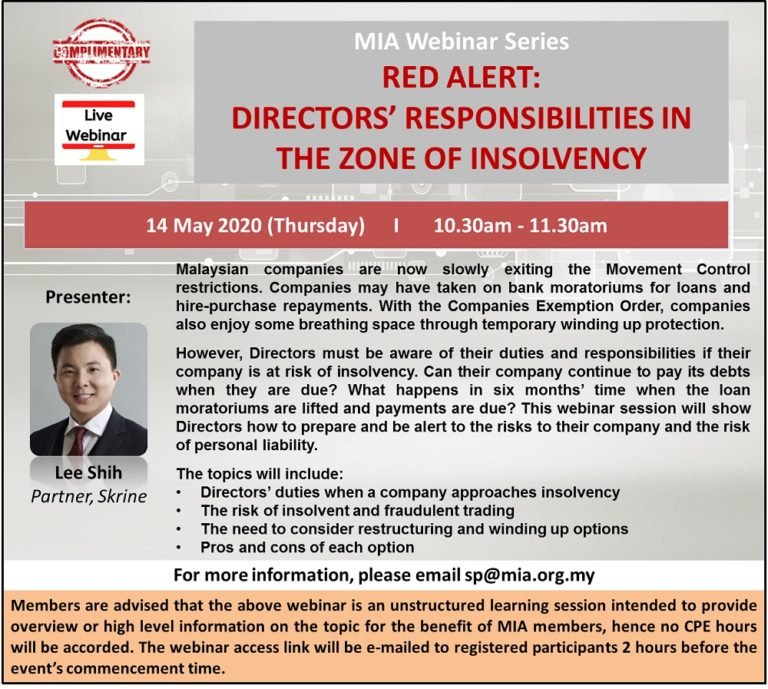 This is a free webinar but prior registration is required. Please email: [email protected] to register.

In a Media Release on 23 May 2018, Malaysia’s Ministry of Finance announced that it had met with 1MDB’s Board of Directors. The directors confirmed that 1MDB was insolvent and was unable to pay its debts. 1MDB’s debts may be in the region of RM42 billion. This figure is based on the declassified Auditor General Report  issued in 2015.

With this tremendous amount of debt, I touch on one aspect of directors’ liabilities. The directors and other officers of 1MDB, when allowing 1MDB to take on so much debt, can be held personally liable for these debts. END_OF_DOCUMENT_TOKEN_TO_BE_REPLACED

On 9 June 2017, True Fitness Malaysia announced that it would close its True Fitness and True Spa centers in Malaysia on 10 June 2017. It cited that its businesses were no longer financially viable due to evolving market conditions.

It was reported that the True Fitness Malaysia gym members were left in the lurch and with uncertainty on their long-term memberships. The reports suggested that there may have even been new members being recruited for the gym very shortly before the announcement on the closure.

I address 5 key legal issues that arise from the closing down of the True Fitness business in Malaysia. I touch on the corporate restructuring of the True Fitness group, the impact of any winding up proceedings against True Fitness, and who may be liable for any claims by the gym members or creditors. END_OF_DOCUMENT_TOKEN_TO_BE_REPLACED

In my earlier post, I had set out a summary of the winding up law in Malaysia. Now, I touch on the three possible pitfalls and liabilities which directors may face if their company is wound up.  The list is by no means exhaustive but I will only deal with three topics: 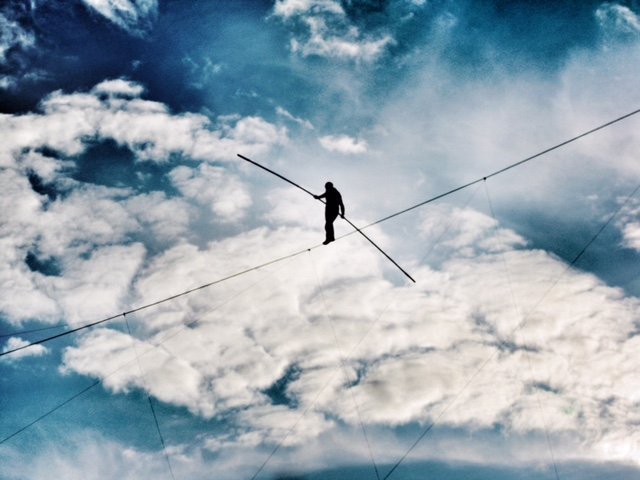 As an introduction, the term ‘director’ means any person who holds the position of director by whatever name called. A question I am sometimes asked, especially by the director in trouble, is whether the law will differentiate between an “ordinary” director, and a managing director or executive director. For the purposes of the potential risks and liabilities, the law will not differentiate between any of such directors. All directors can potentially face the same level of liability. END_OF_DOCUMENT_TOKEN_TO_BE_REPLACED