The liberalisation of the legal market in Peninsular Malaysia to allow for the entry of foreign lawyers has been the subject of discussion stretching as far back as 1999.

Various amendments to the law came into force on 3 June 2014 and this allowed foreign law firms and foreign lawyers to practice in Peninsular Malaysia. One year on, I analyse what changes there have been and what the future possibly holds.

Underpinning the push for this liberalisation of the legal services was Bank Negara’s desire to allow foreign lawyers and foreign expertise to enter and to develop Malaysia into an international Islamic financial centre.

There are three entry routes for foreign lawyers:

(2) International Partnership (IP) – the joint venture model with at least 60% equity by a Malaysian firm and not more than 40% by the foreign firm; and

(3) Registration as a Foreign Lawyer.

The Legal Profession (Licensing of International Partnerships and Qualified Foreign Law Firms and Registration of Foreign Lawyers) Rules 2014 (“the Rules”) have a very open definition of what the permitted practice areas are. Essentially, it is work regulated by Malaysian law and at least one other national law, or work regulated solely by any law other than Malaysian law. The Rules  then provide excluded areas such as conveyancing, litigation, criminal law, constitutional and trust law.

Amendments to the law now expressly allow a foreign lawyer to enter Malaysia to advise or consult with a client on any matter pertaining to foreign law provided that the accumulated period of stay will not exceed 60 days in a calendar year and that immigration authorisation has been obtained.

Further, foreign lawyers advising or rendering any other assistance in arbitrations, or who appear as counsel or arbitrators in arbitrations in Malaysia, will be permitted to enter the country at any time and with no limit on the duration of their stay.

One year since Malaysia’s legal market liberalised and allowed the entry of foreign law firms, we have seen only the entry of one firm under the new legal framework. Trowers & Hamlins earlier had a presence through a non-trading representative office and in April 2015, became the first QFLF in Malaysia.

Malaysia has yet to see more interest besides this.

We had seen the chambers of 39 Essex Street setting up an  office at the KLRCA in September 2014. The barristers are able to utilise the fly-in-fly-out provisions and to also advise on arbitration.

There may be several reasons for lack of additional interest in the liberalisation entry routes. Foreign firms have already thrived by utilising other successful models. Wong & Partners is a member firm Baker & McKenzie and was estsablished in 1988.

Another recent trend has been of Singapore firms formalising an association with Malaysian counterparts.

Singapore’s Allen & Gledhill is associated with Rahmat Lim & Partners, Rajah & Tann with Christopher & Lee Ong, and Wong Partnership with Foong & Partners. For some of these Malaysian firms, some of their Malaysian-qualified partners are essentially originally from their Singapore office but is also listed in the Malaysian firm.

It would appear that there is no lack of Malaysian outbound work for foreign law firms.

In the most recent Chambers Asia Pacific 2015 guide for Malaysia, the areas of corporate & finance, projects & infrastructure, and shipping all list foreign law firms servicing blue chip Malaysian clients. We see Magic Circle firms such as Allen & Overy (with a Malaysia desk based out of its Singapore office), Clifford Chance (similarly advises Malaysian clients out of its Singapore office), and Linklaters acting in Malaysian-related deals.

One year on after liberalisation, Malaysia has not seen much changes in terms of foreign firms utilising the entry routes. 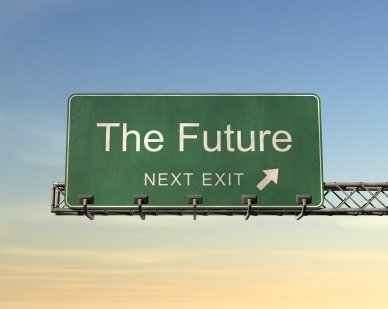 Liberalisation was meant to bring along knowledge transfer to local lawyers, to allow clients to access a wider range of services, to build up local expertise to assist Malaysia as an Islamic finance centre, and to increase competition for high-end corporate work. We have not necessarily seen much of these changes.

Malaysian clients are able to still procure high-end legal services, without the need for foreign firms to have boots on the ground via a QFLF or IP. For foreign firms, there may not be much incentive to commit resources into Malaysia for a 3-year licence when the firm can already operate out of Singapore or other neighbouring offices. The joint venture model, through Malaysia’s IP, has not been  popular in Singapore and it may not be successful in  Malaysia.

I think the legal industry in Malaysia has started to reach a form of equilibrium and with liberalisation not being a game-changer. Some Singapore firms have their associated firms and are able to market their regional network that way. Foreign law firms and foreign lawyers can operate on a fly-in-fly-out basis, and work closely with Malaysian firms to provide a seamless service. Malaysian firms also benefit from this flow of inbound work from the foreign firms.

As was recognised in this article by Chew Seng Kok and Yeap Suan Hong of ZICOLaw, liberalisation of the services sector is essential in attracting foreign direct investment and to promote the sharing of knowledge. It remains to be seen whether Malaysia will be able to benefit from the liberalisation of its legal services.

The doors are open. But we may not have many guests walking through them.

One thought on “Malaysia’s Liberalisation of Legal Services: One Year On”