Guest writer Lee Quin shares her thoughts of having moved from being an intellectual property lawyer in a law firm to a regional in-house legal counsel role. She gives advice on the 8 things to consider if you are thinking of making the move in-house.

I started my career as an intellectual property and data protection lawyer in one of the top tier law firms in the country. My career path officially began when I was called to the Malaysian Bar aptly on the day the Malaysian Personal Data Protection Act 2010 came into force. On a day-to-day basis, I assisted with advising GLCs, FMCG companies, and Fortune 500 companies on intellectual property issues, IT and data protection matters, and everything else in between that largely dealt with technology.

One of the highlights of my career as a practising lawyer was the opportunity to advise a technology company on the viability and compliance of their business model in Malaysia, and to then go on to see it change the lives of Malaysians every day (this information is significant here, you’ll see why further along).

Sometime in 2015, I started to witness a trend amongst young lawyers. Many of my peers increasingly started to make the move from being a practising lawyer to either working in or building a startup. A black hole of curiosity with an unforgiving gravitational force started to emerge in my life and sucked me in.

I had some leave to clear that year, so I took two weeks off. Not one to sit at home when on leave, I decided to dip my toes into startup life. That two weeks was a valuable, eye-opening experience, as I sat in as a startup space and “worked” alongside my cool, young and hip new friends, which gave me a better idea into startup culture. For two weeks I became the casual-wearing, remote-working, yoga-going hippie. However, at the end of that two-week stint, I realized that while true to startup culture, I had the opportunity to wear many hats, but owing to my legal background, risk-spotting training and my personal character, I very much felt that I still needed to be involved with the law (and the healthy tension with hierarchy at the traditional workplace).

I went back to the legal grind, but not long after, in between various offers, I received one that stood out. It was for a position I initially thought I was under-qualified for, but it was for a role that would see me involved in regional work in an industry I was somewhat familiar with, and which would allow me to apply my existing knowledge of the law. Everything mostly felt right, except I was still holding on to the “what-ifs”. What if I leave practice – will I be able to return to my previous law firm? What if in-house is not for me? What if I don’t like the biscuits they have in the pantry? Worse, what if there are NO biscuits? These thoughts consumed me every day, but somehow there was only one thing left to do – hand in my resignation letter.

Having survived months of emotional and psychological trauma, I now share with you 8 things you may wish to think about when considering that jump into the great big unknown, thanks to my hindsight:

1. Never think that you are under-qualified

As Richard Branson says, “If somebody offers you an amazing opportunity but you are not sure you can do it, say yes – then learn how to do it later!” Many legal job postings indicate the minimum number of years of Post-Qualified Experience, or PQE, that is required for the post. However, don’t be discouraged or don’t overlook a job posting because you think you fall short of the requirements listed. Everyone’s situation and experience is different, and a company may be willing to overlook certain requirements if there is something else that they see in you that may be of value to the company. Your position will commensurate with your years of experience, so there is never a right or wrong time to make the move. That said, don’t expect to be a legal manager with a 1 year of PQE. Have realistic expectations!

It took me months of harnessing courage and whining to anyone who would listen before coming to accept that I would be leaving practice – because that’s where the “glamour” is (or at least, that is how the story goes). I think I also attribute this feeling to being unsure if it was the right time to make the move. But you should only be listening to yourself, instead of what everyone else is saying. You would be the best judge of whether being in practice or moving in-house would be a better fit for your personality.

Personally, I did it because I felt that I had hit personal milestones in terms of years of PQE and making partner was never something I considered. I figured that I could come back to practice if I didn’t like the career shift. The catalyst for making the move was because I felt that the nature of practice started to become monotonous for me, and the debt-collection, tedious. I began to feel stifled within the four corners of the law (and of the four corners of my cushy associate’s room). This made me restless every day and I knew I had to do something for my sanity.

3. Identify an industry that interests you

Do not go for the first job offer that you receive because you no longer want to leave the office at midnight. I knew from the start that I was not interested in an in-house position in a financial institution at that point of time, so I did not pay attention to any job opportunities in that industry. However, keep an open mind. For example, even though you have your mind set on joining a telecommunications company (Digi, Maxis, etc), be open to offers from communication technology companies as well (Samsung, Huawei, etc) as there is likely to be an overlap of subject matter.

Read up about the company you think you may want to work for, and go beyond what you glean from its website and/or social media pages. Speak to people who work or who have worked there. Ask them about the company culture to see if you will be a good fit, research into the industry the company is in, and see if your principles align with the company’s. This last one is important because put simply, if you do not believe in what you are selling, you won’t be able to sell it well.

In the same manner in which you would Google the company, Google yourself.

Do you know what skills you bring to the table, and where your weak spots lie? Do you know what your talents, weaknesses and motivations are? Would you be more comfortable in a compliance role researching regulatory laws or in a corporate role drafting share transfer and company restructuring documents? Think of your experience and what value you can add to the company and also what new skills you would like to learn.

Are you a team player or are you better off working as an individual? Are you a leader or a follower? What is your work style? Would you prefer working in a fast-moving industry or a stable one? Are you up for challenges or do you prefer the status quo? Self-awareness will probably be your best asset when considering the company you want to work for.

Personally, this allowed me to realise that I would not be as comfortable working in a company where the paint still smelt fresh on the walls. Instead, I figured that I would be more suited in one where the main building was already built but where I still had the opportunity to design and build the adjoining building complex.

7. Be honest with yourself (and your interviewer)

If you get called for the interview, congratulations! Your preparation reflex will tell you to read up about the company. However, the thorniest question you will inevitably get asked when making the transition in-house is WHY you want to make a move. While it’s true that getting to ditch billable hours are attractive features of the switch, your interviewer would be cautious of anyone indicating a desire for an easier job (let me tell you that contrary to popular belief, being an in-house counsel does not equate to an easier job!).

I have found many more genuine reasons within myself that perhaps you could also use to your advantage, such as the chance to be involved not only in the legal aspect of a company, but the business workings of the company as a whole. Or perhaps you want to be part of an organization whose values resonate with yours and whose mission compels you. At the end of the day, remember that demonstrating artificial passion about a job may get you hired, but a true interest in its mission will make you happier at it.

8. Be ready to change your professional mindset

In a law firm, everyone sees the world from a legal viewpoint. But you have to leave your law firm milieu because once in-house, sometimes the issues are not just legal issues, but practical issues. They require not just a legal solution, but a practical one. It is about commerciality and you have to truly understand the business and its industry. It is true that you do a bit of everything. But you also learn a bit of everything. And since many corporations have a global presence, you will have to get comfortable with international law as well. In short, once in-house, you must be ready to adapt to develop a different set of skills and to make the paradigm shift in mindset to manage the demands of having your client sitting outside the door.

In summary, my job as an in-house legal counsel, contrary to popular belief, is not just about reviewing non-disclosure agreements. I now work for a technology company and I have found that the best way to make the most out any new career or environment is to know what you want to achieve, and be willing to go the extra mile to achieve it. Beyond reviewing and drafting documents, I also get to recommend strategies to protect the company’s interests, collaborate with the best minds from different backgrounds, and learn about the different aspects that make up a company. Importantly, I get to see the work that I do translate into something meaningful not just for the company, but for the lives of ordinary people like you and I. 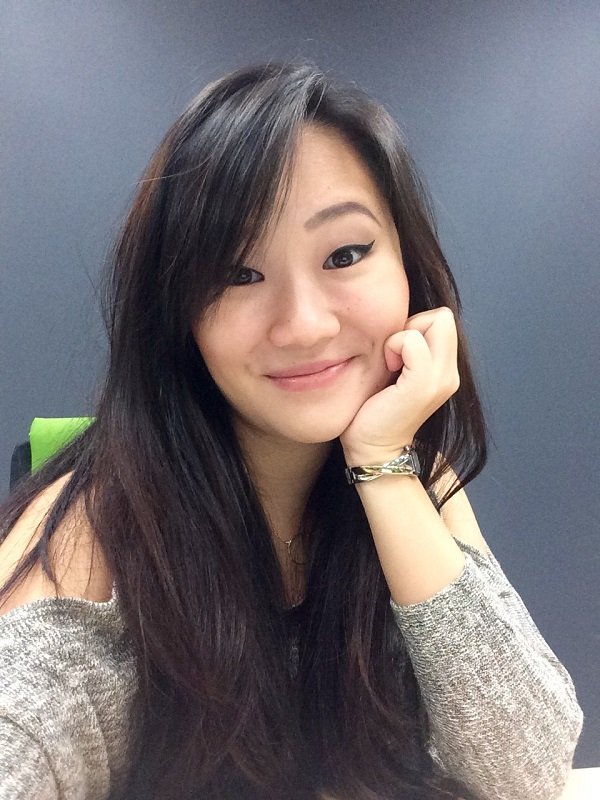 Lee Quin specializes in intellectual property laws. She enjoys building Ikea furniture, believes that everything happens for a reason, and is presently finding new challenges in making transportation freedom a reality for 620 million people across Southeast Asia.

If this article inspires you to make that jump, or if you have a similar story to tell, she would love to hear from you! Connect with her on LinkedIn or drop her an email.