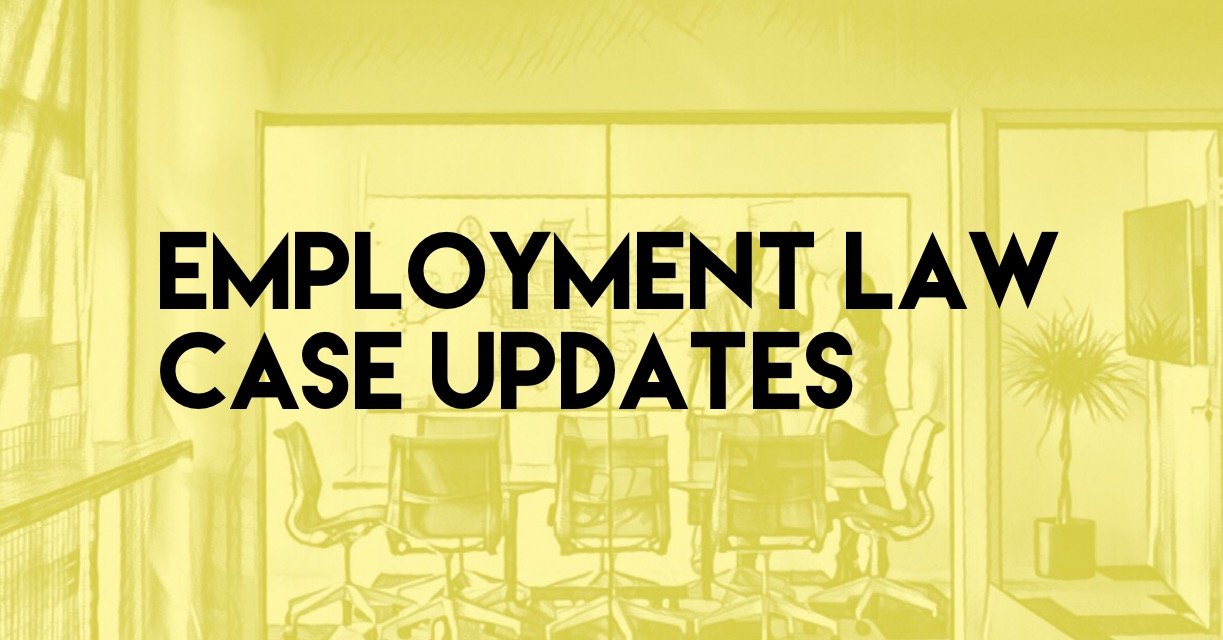 The claimaint (“Employee”) in the Suseela case had been employed by the company (“Employer”) for several years, and at the time of the termination was the Acting Chief Executive of INTI International College Kuala Lumpur.

On 24 November 2015, the Employee was informed that the Employer was offering her the option of VSS. She claims that she felt professionally undermined and unappreciated, and had accepted the VSS involuntarily.

The Employer contended that the Employee was not dismissed, due to the following:

The Employer’s position therefore was that the Employee’s employment had ceased pursuant to the mutually-agreed VSS.

The Employee contended that she was in fact dismissed without just cause or excuse due, inter alia, to the following:

Issues to be considered

The Court found that there were two key issues in this case:

If the VSS was carried out voluntarily, the Employee’s separation from the Employer was proper and in order.

If the VSS was applied involuntarily — ie it was carried out by force, or by coercion or duress, or by any unfair labour practice — then it may be an unfair dismissal.

I summarise below the considerations and findings of the Court in the Suseela case that would be most relevant to an employer considering implementing a VSS or retrenchment exercise.

> Was the issuance of a VSS justified?

It is trite law that, where an employer offers a reason for terminating the services of an employee, the burden lies on the employer to show that he has just cause for the dismissal.

In this case, the Employer’s explanation was that the group of companies was “re-engineering its operations to be more efficient and better prepared for the increasingly competitive business environment”. The burden was therefore on the Employer to justify the following:

Merely offering a reason without supporting evidence is insufficient, and the company failed “to demonstrate with sufficient cogent particulars […] the company’s genuineness in carrying out its business operational review”.

> Was the company able to prove actual redundancy of the Employee’s former position?

Evidence was provided by the company through a sole witness. During cross-examination, the witness explained that the decision to offer the Employee the VSS was made by a working committee of the Asean region, purportedly following a review of the business performance of the KL campus.

The company’s witness also confirmed, when cross-examined, that on the Employee’s last date of service, the company announced that a new Chief Executive had been appointed and would start within 2-3 weeks.

The Court cited the cases of Chapman & Others v. Goonvean & Rostowrack China Clay Co Ltd [1973] 2 All ER 1063 and Bayer (M) Sdn. Bhd. v. Ng Hong Pau [1999] 4 CLJ 155 in stating that “it is clear that where someone else takes over the work function of the dismissed employee, redundancy cannot arise” and that in such a situation “dismissal for reasons of redundancy will become a dismissal without just cause or excuse”.

The Court concluded that, as —

the Employee’s cessation of employment arising from the VSS offer amounted to a dismissal without just cause or excuse.

Despite this conclusion, the Court still went on to examine the other factors in respect of the VSS offer.

> Was the VSS offered to the Employee voluntary or involuntary?

Although the company’s position was that it did not dismiss the Employee, it admitted that it had initiated the VSS. The Court clarified that VSS is “an alternative to a retrenchment exercise” and “may only be applied in the context of redundancy and not used as a licence to terminate employees in any manner whatsoever and even to the extent of issuing VSS to employees without providing any justification”. Therefore, even if an employee’s employment is ended pursuant to a VSS (as opposed to a retrenchment), “the fact remains that the claimant’s employment had been brought to an end and it must be with just cause or excuse”.

As the VSS letter was prepared by the company and issued to the Employee, which led to the Employee signing the pre-prepared VSS form, the burden was on the Employer to prove what actually led to the offer of the VSS, and to show that the VSS was exercised in a bona fide manner.

The Court distinguished the current case from other cases involving VSS cited by the company, as in this case “it can be quite easily concluded that the VSS which was offered to the claimant was not voluntary” due to the following:

The company relied on two cases to support its proposition that the Employee’s acceptance of the VSS meant that the employment relationship was mutually terminated: Telekom Malaysia Bhd v. Pg Morshide Pg Omar [1998] 3 ILR 1105 (Award No. 675 of 1998) and Birch & Anor v. University of Liverpool [1985] ICR 470 CA.

However, the Court deemed the cases inapplicable for the following reasons:

> Did the Employee voluntarily apply for VSS?

However, based on the facts of the case, the Court concluded that it was obvious that the Employee was not redundant, and that she was put under pressure to accept the VSS.

The Employer further submitted that there could be no dismissal where the Employee had accepted the terms and conditions of the VSS and payments. To support this, the Employer cited Abdul Aziz Ismail & Ors v. Royal Selangor Club [2015] 2 ILR 546 (Award No. 327 of 2015). However, the Court distinguished Abdul Aziz Ismail from the current case, as in that case all employees were invited to apply for the VSS, whereas in the current case, the Employee was the only person offered the VSS.

The Court also clarified, with reference to Kumpulan Perangsang Selangor Bhd v. Zaid Mohd Noh [1997] 2 CLJ 11, that “accepting retrenchment benefits does not preclude or estop an employee from contending that his departure from his employment amounted to an unlawful dismissal”. I’ve previously written about Kumpulan Perangsang Selangor Bhd and these issues in “Case Update: Can an employee bring an unfair dismissal claim after accepting a severance payment?”.

> Was the company’s intention to replace the claimant?

The Court concluded that the evidence was “telling as to the company’s intention of wanting to replace the claimant”.

In particular, there was a public announcement on the Employee’s last day of service that a replacement would be hired, and a replacement was in fact hired within a month of her departure.

The Court concluded that “it is clear that the company has failed to prove the claimant’s redundancy which had resulted in the termination of her employment” and “the claimant’s dismissal was therefore without just cause or excuse”.

The Employee was awarded backwages of 24 months, with a deduction of 50% for post-dismissal earnings (she found a new job within 2-3 months of leaving the company, and at the time of the decision was earning a much higher salary than before), plus compensation in lieu of reinstatement of one month’s pay per year of completed service. The amount paid to her under the VSS compensation package was also deducted from the award.

3 thoughts on “Case Update: Insufficient justification and improper handling of Voluntary Separation Scheme may give rise to unfair dismissal”