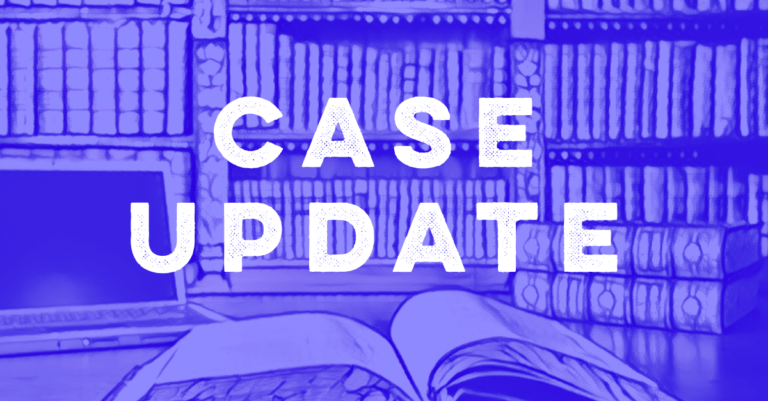 The main issue was whether wages under section 31 of the Employment Act 1955 (Employment Act) would have priority over the debts owed to the debenture holder.

The company in question, Perwaja Steel, was wound up by a Court Order on 8 November 2017. Private liquidators were appointed.

Prior to the winding up, in November 2014, Perwaja Steel had ceased operations on the Charged Lands and had terminated the employment of its employees.

As at the date of the winding up, Perwaja Steel was said to be indebted to the debentures holders for the sum of over RM1.1 billion.

After the winding up of Perwaja Steel in November 2017, the receiver and manager (R&M) was appointed under the terms of the debentures. The R&M took steps to sell the Charged Lands.

Therefore, the total proceeds from any sale of the Charged Lands was not expected to satisfy Perwaja Steel’s debt owed to the Debenture Holders.

More than 700 individuals claimed to be former employees of Perwaja Steel (the Employee Defendants). The Employee Defendants maintained that they were owed their wages by Perwaja Steel and that the wages should be paid out from the proceeds of any sale of the Charged Lands in priority over the debts to be paid to the Debenture Holders. This was by virtue of section 31 of the Employment Act.

Faced with competing claims by the Debenture Holders and the Employee Defendants, the R&M filed a Court application to seek directions under section 384 of the Companies Act 2016 (CA 2016). In the end, two questions were posed to the Court and the answers are also set out below.

Question 2: Whether the maximum amount payable to any of the former employees of Perwaja Steel who are eligible or entitled to be paid from the sale proceeds of the Charged Lands (if any) shall be limited to wages for 4 consecutive months’ work only and such payment shall exclude termination and lay-off benefits, annual leave pay, sick leave pay, public holiday pay and maternity allowance.

Section 31 of the Employment Act

Before going setting out the High Court’s grounds, some preliminary points on section 31 of the Employment Act.

Section 31 of the Employment Act is not easy to read and its long wording makes it a bit convoluted. I break down some of the parts of section 31 which is relevant to this case:

On the first question in terms of priority of the Employment Act versus the CA 2016, the Debenture Holders put forward three arguments.

The Debenture Holders argued that where proceeds of sale are insufficient to satisfy secured creditors, and the issue of priority between the secured creditors and employees arises, the operative provision would be section 527 of the CA 2016 and not section 31 of the Employment Act.

The Court held that section 31 of the Employment Act was a specific statutory provision relating to priority of wages in very specific circumstances. It only applies to a “sale of a place of employment” on which an employee to whom wages are due was employed or worked at, at the time when such wages were earned.

In contrast, section 527 of the CA 2916 caters generally for priority of payment in respect of “all other unsecured debts” in a winding up.  The Court applied the maxim that general statements or provisions do not derogate from special statements.

Section 31 of the Employment Act therefore applies to the specific circumstances of that provision. Section 31 is an exception to the general treatment of wages under section 527 of the CA 2016 which applied to priority only among unsecured debts.

The Court also referred to the explanatory statement in the Bill that amended section 31(1) of the Employment Act to its present form. The Bill was eventually enacted as the Employment (Amendment) Act 2000 (Act A1085). The explanatory statement stated that the ” … new provision ensures that the rights of the employees are given priority over the rights of the secured creditor and debenture holder once the property of the employee has been sold …”

Section 392 of the CA 2016 provides for the payments of certain debts in priority over the assets to be paid to the debenture holder under a floating charge. The relevant parts of section 392 essentially provide that if the borrower-company is not wound up, the receiver or receiver and manager has to pay out in priority to certain creditors out of the floating charge assets. Wages to employees up to an amount of RM15,000 enjoys this priority under section 392 of the CA 2016.

The argument was therefore that since Perwaja Steel was wound up and the Charged Lands were not under a floating charge, no priority can be afforded for payment of wages under section 31 of the Employment Act.

The Debenture Holders argued that section 31 of the Employment Act required the employees to be working on the Charged Lands at the time the Charged Lands are sold. They cited the High Court decision in Weng Neng Medical & Liquor (KL) Sdn Bhd v Fountain Industries Sdn Bhd [1994] 3 MLJ 278 at 282 to 284.

The Court found that James Foong J (as he then was) in Weng Neng Medical did not specifically express the requirement under section 31 of the Employment Act to be that employees must actually be working at the place of employment at the time the goods were auctioned off.

The Court found that the express words of section 31 of the Employment Act do not make it a requirement that the employees must be working at the place of employment that is sold, at the time it was sold.

The Debenture Holders nonetheless emphasised that no time frame is given under section 31 of the Employment Act. That would mean employees who have been terminated several years before the sale of the place of employment could still recover their unpaid wages with no cut-off point. Further, debenture holders would not be able to assess the extent of their exposure and the amount of unpaid wages that can be taken out of their secured debts.

The Court disagreed with this argument as that would require reading words that were not there in the plain wording of section 31 of the Employment Act. The Employment Act was ultimately a piece of beneficient social legislation. Section 31 continues in the objective of this Act to cater for the interest of employees. Section 31 may have a side effect undesirable to secured creditors but that is perhaps a matter to be considered by the Legislature.

The R&M’s second question concerned the interpretation of wages and statutory benefits, and whether the four-month consecutive limit applied.

The Court held that the four-month limit operates only in respect of wages, for example, salary. Statutory benefits payable are not subject to any limit. These statutory benefits are termination and lay-off benefits, annual leave pay, sick leave pay, public holiday pay and maternity allowance.

By way of illustration, the Court set out the situation of making payment of “wages” consisting of, for example, salary and statutory payments under section 31(1) of the Employment Act. A receiver will be required to pay salary not exceeding four months’ work. But there would be no limit on the statutory benefits payable as the four-month limit does not extend to the statutory benefits

This outcome accords with the legislative intent disclosed in the explanatory statement in the Bill to introduce section 31(2) i.e. extending priority granted in respect of wages to other statutory payments.

As part of the Corporate Law Reform Committee (CLRC) process, the original recommendation was that priority of claims over assets of a debtor company in receivership or insolvency should be consolidated under the sections of the Companies Act. The provisions within the Companies Act should then take precedence over any other Acts of Parliament. That would avoid unnecessary confusion and resources to be deployed for legal direction/clarifications in the event of disputes and conflict (see paragraph 5.6 of the CLRC’s Consultation Document 10 issued in 2007 and paragraph 20.01 of the CLRC’s Final Report issued in 2008).

Further, the CLRC took note (at the time of the publication of its Consultation Document) that there were other Acts that set out competing priority of claims by creditors of the debtor company. For instance, sections 52 and 70 of the Service Tax Act 1975, section 10 of the Government Proceedings Act 1956, section 2 of the Real Property Gains Tax Act 1976, section 51 of the Employee Provident Funds Act, and section 69 of the Sales Tax Act 1972 (paragraph 5.2 of the CLRC’s Consultation Document 10).

The CLRC took note that in the UK, Australia and New Zealand, priority claims of preferential creditors are contained in the respective jurisdictions’ Acts dealing with insolvency provisions. No other Acts of Parliament took precedent over those provisions.

Although this was the stated intention of the CLRC, all the relevant provision in the CA 2016 does not contain clear enough language that the priority of debt provision in receivership or in liquidation are to override the language of the other Acts. The CA 2016’s priority provisions would have required the phrase along the lines of “Notwithstanding any other law ...” in order to give the CA 2016 precedence over other Acts.

With this decision in Perwaja Steel, it is a useful guide for receivers and secured creditors on the need to make payment in furtherance of the social policy underpinning the Employment Act, and especially section 31 of that Act.

However, the application of section 31 of the Employment Act will continue to give commercial uncertainty in that the exact quantum of the wages and statutory benefits cannot be immediately ascertained and with no benefit of a cut-off date or a monetary cap.