Qualified persons can now apply to be licensed as liquidators, or also known as insolvency practitioners, in Malaysia. This allows for the licence holder to take on appointments as: (i) liquidator; (ii) receiver or receiver and manager; (iii) judicial manager; and (iv) a nominee in a corporate voluntary arrangement. 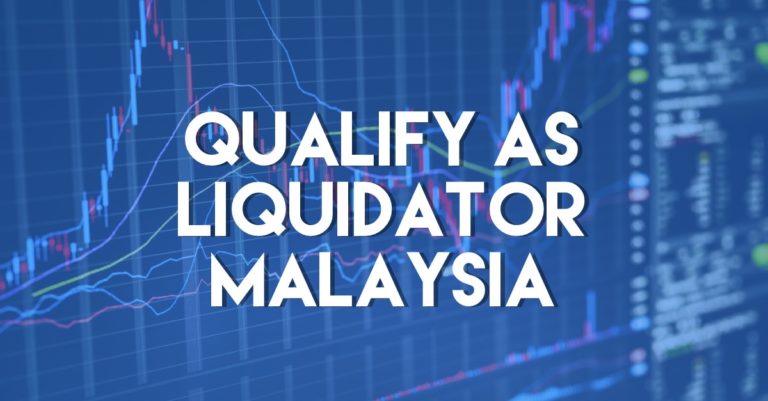 The Accountant General of Malaysia recently issued its Guidelines for Qualification as Liquidator under the Companies Act 2016 (CA 2016) dated 21 January 2020 (only available in the Malay language). This now allows for qualified persons to apply for a liquidator licence under the CA 2016.

Previously: Liquidator Qualification under the CA 1965

Under the previous CA 1965, a licensed liquidator had to hold an audit licence. The definition of an ‘approved liquidator’ under the CA 1965 was ‘an approved company auditor who has been approved by the Minister under section 8 as a liquidator and whose approval has not been revoked’.

As part of the reforms that led to the new CA 2016, the policy was to decouple the audit licence from the requirement to hold a liquidator licence. Liquidation-related experience and knowledge should be the guiding requirement to qualify as a liquidator.

The new qualification as a liquidator will involve these steps:

#1: Be a Member of a Recognised Professional Body

To date, there is no published criteria or requirements on how a body or an association can qualify as a recognised professional body.

But as set out in the next step, there are two recognised professional bodies.

An applicant must satisfy these qualifying requirements under the Accountant General Guidelines  and where I summarise some of the key requirements:

The applicant will undergo an interview with a committee made up of representatives from the MIA and key regulators on these aspects:

#4: Additional Requirements under the Guidelines and the SSM Circular

The liquidator licence is personal to the individual. But the Guidelines allow the liquidator to practice as a sole practitioner or in a partnership.

The Guidelines envisages that there can be a liquidator firm being: (i) a non-audit firm registered with the MIA; (ii) a limited liability partnership (under the Limited Liability Partnership Act 2012); or (iii) a sole proprietorship or partnership (registered under the Registration of Businesses Act 1956).

The Guidelines will have to be read together with the newly issued Circular 1/2020 dated 24 January 2020 by SSM and which contains the new form that has to be lodged with SSM.

#5: Withdrawal of the Liquidator Licence

This allows for an additional avenue of oversight over the conduct of liquidator.

3 thoughts on “How to Qualify as a Liquidator in Malaysia”