We will be seeing the use of artificial intelligence (AI) in the Malaysia courts for the first time this week. AI will be used to give guidance to a Magistrate Court Judge on the sentencing of certain criminal offences. The public prosecutor and the defence counsel will still get a chance to submit and comment on the sentencing guideline generated by the AI system. The Magistrate Judge will have the final discretion on the sentence to impose. 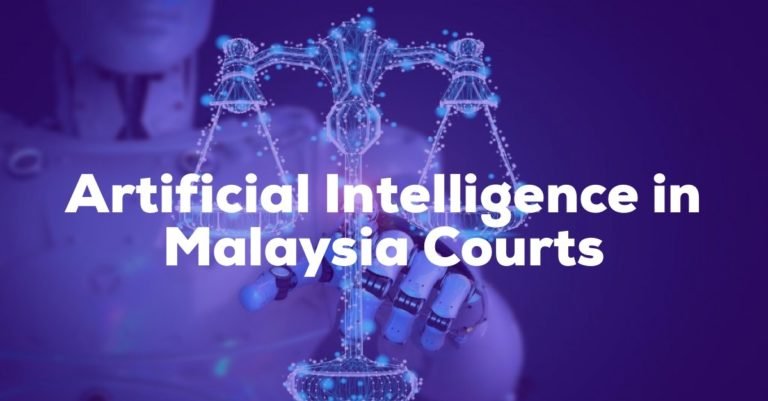 This article will set out how this AI system will be implemented. This is based on the various news reports (see here, here and here) and the presentation made by the Chief Judge of Sabah and Sarawak Tan Sri Datuk Seri Panglima David Wong Dak Wah at the Selangor Bar Civil Law Conference on 14 February 2020. I anticipate that there will be more clarity once the system is up and running.

The AI system will be utilised for the sentencing guidelines for two offences: section 12(2) of the Dangerous Drugs Act, which is essentially for possession of drugs, and section 376 of the Penal Code which is rape.

The drugs offence carries a maximum fine of RM100,000 or to 5-year jail term or both.

Rape can carry, among others, a jail term of at least 10 years and a maximum of 30 years and with whipping.

The AI algorithm is based on a data set of those offences from sentencing carried out in Sabah and Sarawak from 2014 to 2019.

Before the accused decides to plead guilty or not guilty, the Magistrate Court Judge will input the various factors into the AI system. These factors will be such as the age of the accused, whether this is a repeat offence, type and weight of drugs in cases of drug possession or age of victim and whether hurt was caused in rape offences.

If the accused pleads guilty, the prosecutor can make submissions on the sentencing. If the AI system recommended 5 months, the prosecutor could argue why a higher sentence is more appropriate. Bring to the Court’s attention other factors or other sentencing examples. The defence counsel will then also be allowed to make submissions and to mitigate.

The Magistrate Court Judge then takes all of the factors before the Court into account and decides on the sentence.

The main rationale behind this sentencing AI system is due to the complaints on disparity of sentencing among the Courts. This can create more consistent sentences handed down.

This AI system will continue to be rolled out for criminal offences. It has also been indicated that the next step will be for road accident cases. The AI system can provide guidance on the possible compensation range. With a preliminary indication of the monetary compensation, it can be a tool for settlement negotiations for road accidents.

One thought on “Artificial Intelligence has Arrived for Criminal Sentencing”