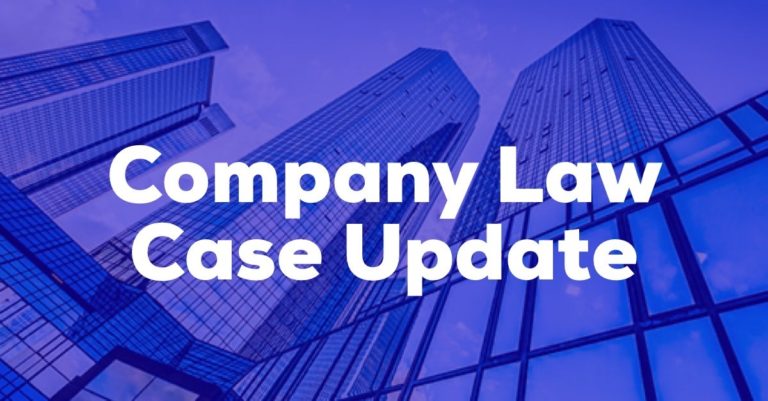 The High Court decision in Gue See Sew & 2 others v Heng Tang Hai & 2 others (see the Grounds of Judgment dated 2 January 2020 and at Gue See Sew & Ors v Heng Tang Hai & Ors [2020] MLJU 46) deals with important legal issues on whether a beneficial owner of shares can initiate an oppression action and whether breaches of a shareholders’ agreement can be grounds for oppression.

Second, and significantly, the High Court distinguished the Federal Court decision in Jet-Tech which held that disputes among shareholders under a shareholders’ agreement would not fall within the oppression relief. My short commentary on the Jet-Tech decision is found here.

The High Court decided the breaches in this case were not mere breaches of shareholders’ rights simpliciter as contained in the shareholders’ agreement. The breaches were in relation to the manner in which the affairs of the company were being conducted or how the powers of the directors are being exercised.

Summary of the Oppression Remedy

The oppression remedy is found at section 346 of the Companies Act 2016 (CA 2016) and previously under section 181 of the Companies Act 1965 (CA 1965). Essentially, the section allows any member of the company to apply to the Court for certain relief. This is where, among others, the affairs of the company are being conducted in an oppressive manner or in disregard of that member’s interests.

The test developed through case law is whether there is commercial unfairness with how that member is being treated. That unfairness is to be measured against any agreement, whether formal or informal, or understanding among the members.

Once oppression has been established, the Court can then fashion any appropriate relief to bring the oppression to an end. Section 346(2) of the CA 2016 sets out some examples of the relief but they are not exhaustive. The common relief to bring the oppression to an end is to order the majority to buy out the minority and at the appropriate value. This allows the aggrieved shareholder to exit at a fair price, and with the valuation taking into account any impact or depreciation in value caused by the oppressive conduct.