With the coronavirus outbreak, Malaysia is now under restricted movement to limit the gathering of people. The Prime Minister announced the movement control order and the associated regulations have been gazetted. This article aims to set out six key issues for companies as they navigate the holding of general meetings. 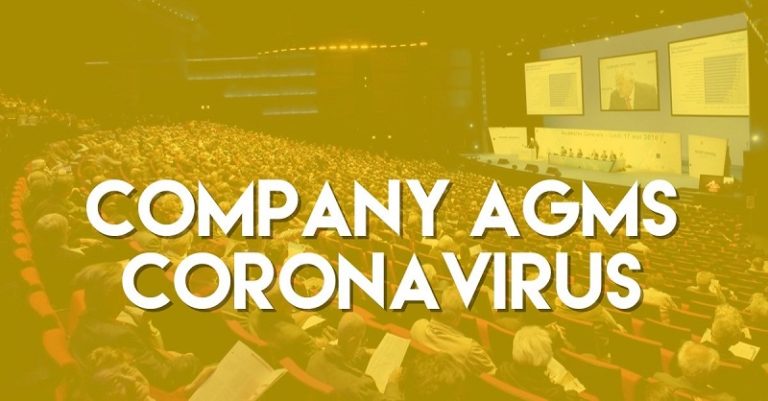 By way of background, on 16 March 2020, the Registrar of Societies announced that in light of the coronavirus pandemic, all annual general meetings for societies have been banned until 30 June 2020.

Seemingly, on 16 March 2020, the Companies Commission of Malaysia (SSM) had issued a press release to ask all companies to consider all available options for meetings including electronic meetings at multiple venues. Companies would also apply for extension of time to hold its annual general meetings. The link on the SSM website has now gone down so I cannot locate a copy of that press release.

I set out the six possible issues that companies have to take note of in relation to their general meetings.

#1: Deadline to Take Note of

There is still a bit of time to still plan for any delay of the holding of the annual general meeting (AGM). Under the Companies Act 2016 (CA 2016), private companies do not need to hold an AGM. But for public companies, section 340 of the CA 2016 requires the holding of the AGM.

The AGM must be held within 6 months of the company’s financial year end, and not more than 15 months from the previous AGM. So there is a window to still plan for the timing of the AGM.

Many public listed companies (PLCs) will fall into the window where their financial year end is 31 December 2019. So, the latest they must hold their AGM is by the end of June 2020. So, for example, we have already seen Bursa Malaysia Berhad defer its AGM originally scheduled to be held on 31 March 2020. Its AGM is to be fixed on a date to be announced.

On 17 March 2020, the Securities Commission Malaysia  has granted a two-month extension for REITs managers of listed REITs with a financial year-end of 31 December 2019 to hold AGMs by 30 June 2020.

On the same day as well, Bursa Malaysia issued the following guidance on AGMs and related isues:

If a company needs to apply for extension of time for the holding of its AGM, then the company should apply to SSM. The applicant must take note of the requirements under the Companies Act 2016: Practice Note No. 3/2018.

In particular, the general application for extension of time must be made to SSM at least seven days before the end of the required period (paragraph 8 of the Practice Note). If the circulation of financial statements and reports cannot be made within the specified time of the AGM, the company is required to submit the application for extension of time at least 30 days before the last day to hold its AGM (see paragraphs 21 and 22 of the Practice Note).

Based on SSM’s recently released FAQ on the holding of AGMs, any necessary applications are to be made from 1 April 2020 onwards. This is despite the application being less than 30 days before the proposed AGM due date. In addition, a moratorium period of two weeks will be given to take into consideration the period in which SSM was closed. So all statutory filings or notifications are to be filed from 1 April 2020 onwards.

Section 327 of the CA 2016 does allow for the holding of a meeting of members at more than one venue using technology. Some may think this could be as simple as hosting a FaceTime video call or a Zoom video conferencing session.

But for larger companies and larger meetings, it would not be as simple as that. Members must still be able to participate and exercise their right to speak and vote at the meeting. The chairperson must also be present at the main venue of the meeting (see section 327(2) of the CA 2016). This would inevitably mean that the chairperson may be present at the main venue with the board of directors, the senior management, or other advisors.

The holding of a general meeting using technology would still not be easy and would not be prudent in this period of movement control.

PLCs may nonetheless make interim dividends to their shareholders, and where this only requires the directors to decide this (and meeting the requirements of sections 131 and 132 of the CA 2016).

#6: Delay of Other General Meetings

Finally, we are now in this uncertain period of how long there may be movement control and where gathering of individuals have to be restricted. The CA 2016 envisages that a general meeting must be held if there are resolutions for the removal of a director or a removal of an auditor (for example, see section 297(2) of the CA 2016).

Ultimately, how will a general meeting be held if there continues to be restricted gathering of shareholders? The law has made it clear that the shareholders voting in a properly held general meeting is an important exercise of their democratic rights (see generally the Seacera case).