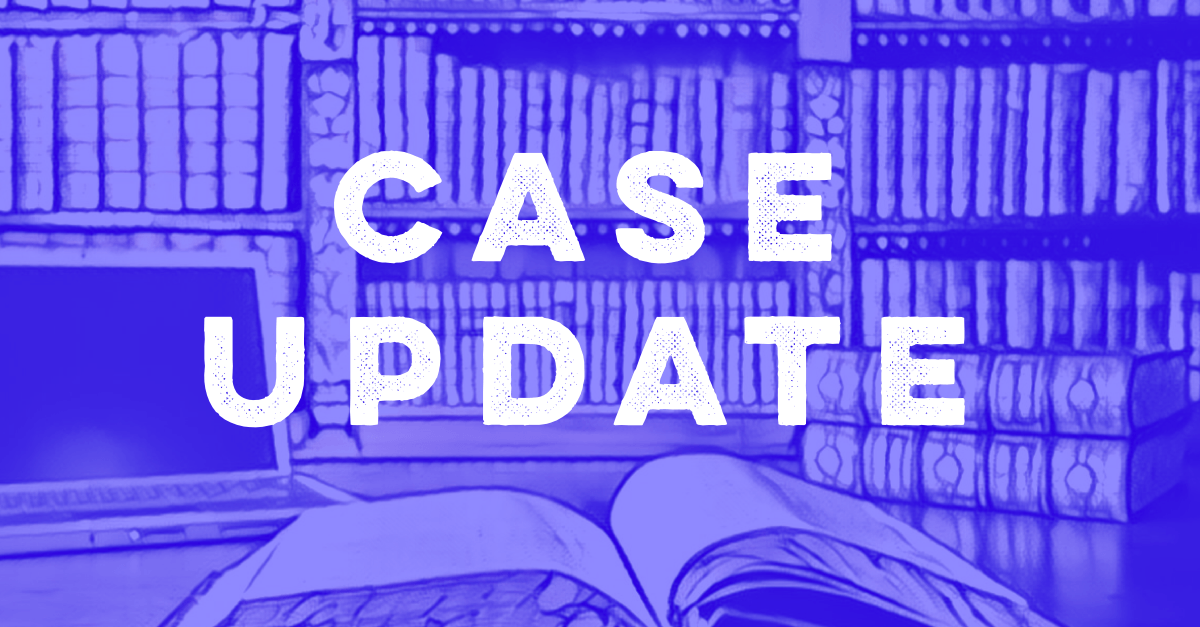 Lee Shih and Nicole Phung write about a Singapore Court of Appeal case on the Riddick undertaking and on the proposed guidelines for the breadth of Anton Piller search orders.

The Singapore Court of Appeal in the recent case of Lim Suk Ling Priscilla and another v Amber Compounding Pharmacy Pte Ltd and another [2020] SGCA 76 dealt with the prospective and retrospective release of the Riddick undertaking for disclosed documents. The Courts will undertake a multifactorial balancing exercise.

The Riddick undertaking draws its name from the English case of Riddick v Thames Board Mills [1977] QB 881. Where a party to litigation is ordered to produce documents, the discovering party is under an implied undertaking to not use the produced documents other than for pursuing the action. Therefore, the party who has been provided access to the documents cannot use the documents for any collateral or ulterior purpose.

The case involved documents obtained by way of an Anton Piller order, or also known as a search order. The search order allows the applicant party to enter the other party’s premises to obtain and secure documents.

The decision is significant in two respects:

First, the decision clarified key points about the release of the Riddick undertaking. The Court weighed certain non-exhaustive factors (e.g. countervailing legislative policy) against the interests sought to be protected by the Riddick undertaking. Furthermore, it was also open to considering other relevant factors during the exercise, such as a party’s privilege to self-incrimination.

Second, the decision included guidance on the appropriate breadth for search orders. Recognising the possibility of an overly wide scope causing a slippery slope, the Court specified some safeguards. The guidelines are not exhaustive, but aim to provide guidance to help litigants and judges calibrate the scope to prevent wasted costs and abuse by the discovering party.

Amber claimed that Lim and UrbanRx misappropriated confidential information, which included trade secrets, to benefit UrbanRx’s business. In March 2018, Amber proceeded to apply ex parte for search orders against Lim and UrbanRx and was successful.

Amber gave the express undertaking “[n]ot, without the leave of the Court, to use any information or documents obtained as a result of the carrying out of this Order except for the purposes of these proceedings or to inform anyone else of these proceedings until the trial or further order”.

In May 2018, Lim and UrbanRx filed to set aside the search orders.

While the setting aside application was pending, the Judge eventually directed that the parties were to carry out a “Listing Exercise” to sort out ownership of the different types of documents.

While conducting the Listing Exercise, and in around the third quarter of 2018, Amber formed the opinion that certain documents (the Documents) were probative of various criminal offences. Amber’s representative made reports to the authorities and disclosed ten of the Documents or excerpts of them.

Subsequently, at a pre-trial conference on 23 January 2019 and later, on 29 January 2019, when seeking for an extension to complete the Listing Exercise, Amber failed to inform the parties or the court of the disclosure of documents to the authorities.

Eventually, Amber took out a leave application ex parte seeking, among other orders, prospective and retrospective leave to use the Documents for the purpose of making reports to the authorities. The court directed that the leave application be served on Lim and UrbanRx.

The main issue was in what circumstances could a party be allowed to disclose documents obtained under a search order to the authorities for criminal investigation purposes. The further issue was whether the court could grant retrospective leave to disclose, given that Amber had disclosed some documents prior to the filing of the leave application.

At first instance, the Singapore High Court granted leave (and retrospective leave) for Amber to disclose 23 out of the 32 Documents. For the disclosed Documents, the High Court held that these documents pertained to the Employment of Foreign Manpower Act offences. The nature of the offences was serious, deterrence against such offences was required, and the materials sought to be disclosed were cogent evidence of the offences.

Leave was refused for the Documents for the other offences. The evidence was insufficiently cogent.

Both parties appealed against the High Court’s decision.

The Singapore Court of Appeal refused to grant leave to Amber with regards to both prospective and retrospective documents disclosed by Amber to the authorities for criminal investigation. Hence, the Court dismissed Amber’s appeal and allowed the appeal by Lim and UrbanRx.

The Court of Appeal held that a multifactorial balancing exercise is to be adopted in determining whether a party ought to be released from its Riddick undertaking. The Court also declined to grant leave to disclose certain documents obtained pursuant to a search order for criminal investigation purposes.

The key reasons behind the Court of Appeal’s decision are set out below.

The Court of Appeal held that in this exercise, the factors in favour of granting leave ought to be balanced with interests sought to be protected by the Riddick undertaking. This includes encouraging full disclosure and disclosing the party’s privacy interests. Other factors were also considered as to what extent they shift the balance.

Examples of factors in favour of lifting the Riddick undertaking:

Other factors which could militate against the lifting of the Riddick undertaking:

The Court of Appeal held that the strongest factor against the release of the Riddick undertaking in this case was the disclosing parties’ timeous assertion of the privilege against self-incrimination.

Once the disclosing parties knew of the summons for leave and of Amber’s intention to utilise the Documents for criminal investigation purposes, it became apparent to them, for the first time, that there was a reasonable risk that they could be incriminated by the Documents. The disclosing parties had then timeously asserted the privilege against self-incrimination through the first affidavits they filed in response to the leave application.

The second significant factor was that Amber’s application was motivated by an improper purpose. Amber gave multiple undertakings to the parties and to the Court, that the seized documents would not be used for extraneous purposes or disclosed to third parties. In viewing Amber’s conduct in totality, the repeated extensions of time sought to review the seized documents was to drive further investigations in order to exert pressure on Lim and UrbanRx. This was a blatant abuse of process by Amber.

Third, release from the Riddick undertaking would also undermine the protection of privacy and confidentiality under the undertaking. Lifting it would compromise the public interest in encouraging full disclosure of documents in the interests of justice.

Fourth, Lim and UrbanRx would suffer prejudice in being subject to criminal investigations and possible prosecution. This was a relevant factor, but not a necessarily overriding one.

Balanced against the above factors was that the Documents were necessary for criminal investigations. However, reports had already been lodged with the authorities. The authorities were notified of the possible offences and they could not involve their own investigation powers. Despite this, there was little evidence of ongoing criminal investigation or prosecution.
Therefore, the balance was overwhelmingly against the grant of lifting the Riddick undertaking for all the Documents.

Aside from addressing the Riddick undertaking, the Court of Appeal also offered some observations on the proper breadth of the search orders.

The Court of Appeal viewed that the unfortunate series of events could have been avoided if the initial search orders had been limited to enable Amber to seize only their own documents, which it alleged to be in the possession of Lim and UrbanRx.

The Court of Appeal set out its suggestions for future guidance to litigants and Judges alike. This is to ensure that the breadth of the search order is carefully calibrated to meet the needs of the discovering party only, and no further.

First, the Court reiterated that four strict requirements have to be met:

Third, the search must be proportional. Therefore, the applicant must be clear as to what categories of documents and items are required. The applicant must carefully consider the precise documents that are necessary, whether the information or documents will be held in different formats (e.g. hard copy and/or electronically).

Where the documents are likely to be stored electronically, search terms should be proposed. This is to ensure that the electronic documents obtained from the respondent’s devices will not be unduly broad. Importantly, a proposed plan to the court to limit the scope of otherwise expansive searches would be useful. This is to determine that the breadth of the search order is proportionate.

Fourth, the judge must see that the strict legal requirements have been met. The applicant ought to specify the type of documents they are willing to uncover and the judge should ensure that the scope of the search order is carefully calibrated to cater to the specific purpose for which the order is sought, and no further. If the documents sought are in electronic form, judges ought to assess the adequacy of the search terms and/or the proposed plan in limiting the scope of documents.

Fifth, the Court emphasised the need to use search terms and to have independent computer experts to facilitate the execution of search orders.

The Court also suggested for the Rules Committee to consider and determine any other measures to address the concerns and any appropriate role of the independent computer expert in the context of search orders. The Court envisaged that the computer expert could assist the court and the applicant in ensuring that the search terms are appropriately defined. Computer experts can also ensure that the integrity of the digital documents and data will not be damaged in the process.

However, it remains to be seen if Malaysian courts would view the privilege against self-incrimination as such a significant countervailing factor against the lifting of the Riddick undertaking. Malaysia’s apex court in the decision of Meridian Asset Management Sdn Bhd [2018] Supp MLJ 420 seemed to interpret the privilege against self-incrimination, if any, quite narrowly. The Federal Court refused to set aside a tracing order despite the defendants claiming that they were entitled to claim such a privilege.

Finally, the postscript comments on the appropriate breadth and safeguards for Anton Piller search orders are welcomed. Malaysia should also adopt such common law developments to ensure a proportionate search order is taken out.

The need for search terms and for an independent computer expert reflects the reality where documentary evidence will largely be located in an electronic form and on electronic devices. 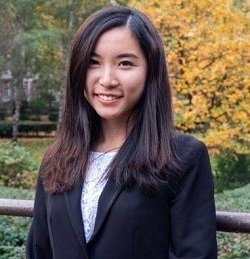 Co-written by Nicole Phung. Nicole assisting in the writing of this article while she was an intern with Lim Chee Wee Partnership. She is currently a law student at University College London.