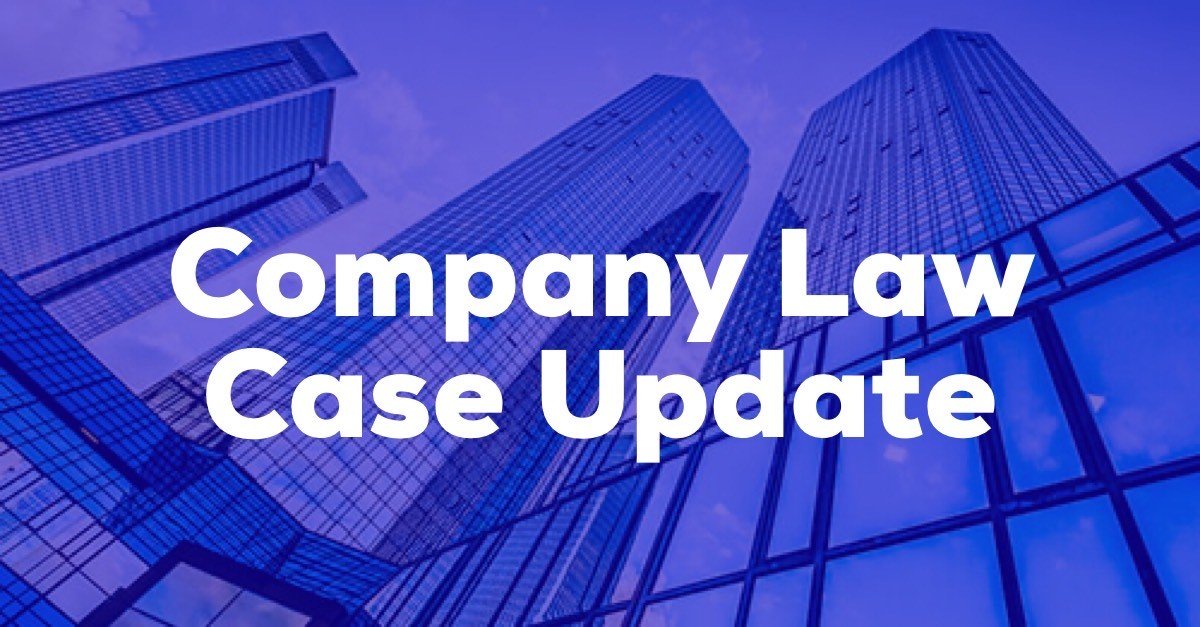 The High Court case of Afandi bin Hussain v Global Advanced Broadband Solutions (M) Sdn Bhd & 3 others (grounds of judgment dated 23 September 2020) dealt with the company law issue concerning resignation and appointment of directors. While the decision dealt with other facts, I only focus on the issue concerning the simultaneous resignation and appointment of a director.

Brief Facts on Resignation and Appointment

The other director was the 2nd Defendant, Rabih Daher (Rabih).

Subsequently, in October 2016, Afandi carried out a company search on Global Advanced. He discovered he was no longer listed as a director of Global Advanced and that another individual was appointed as director effective 4 July 2016.

Eventually, he filed an action to seek for various declaratory orders to essentially declare that he is still a director of Global Advanced.

Second, the next issue was the argument that even if Afandi had resigned as a director, there could not be effective resignation since the number of directors would have been reduced to below two. Global Advanced had adopted the Table A Articles of Association and the resignation was when the Companies Act 1965 (CA 1965) was still effective. Both the CA 1965 and the Articles of Association required a minimum of two directors.

The Court found that there had been a simultaneous appointment of a new director to fill the casual vacancy of Afandi’s resignation. Rabih, the remaining director after Afandi’s resignation, had exercised a power under the Articles of Association where “the directors shall have power at any time, and from time to time, to appoint any person to be a director … to fill a casual vacancy.”

The Court explained that since there must be a minimum of two directors of the company, the logical inference is that the power is given to both the directors and is exercisable by either of them.

Further, take the situation where the company only has two directors and one director vacates office. Then, it is left to the remaining director to appoint another director.

Third, the Court also held that no members’ resolution was required in respect of Afandi’s resignation as a director.

Therefore, the Court dismissed Afandi’s application for a declaration that he was still a director of Global Advanced.

There are some questions that arise from the above findings of the Court.

First, it is clear that Afandi’s resignation as director could not be effective since the number of directors would have dropped below the minimum of two. This is clear from a reading of section 122(6) of the CA 1965 and also now, section 196(3) of the CA 2016.

Section 122(6) of the CA 1965 essentially says that “… a director of a company shall not resign or vacate his office if, by his resignation or vacation from office, the number of the directors of the company is reduced below the minimum number required …”

However, what is interesting is that now, section 196(3) of the CA 2016 contains some additional wording that such purported resignation shall be deemed ineffective “unless a person is appointed in his place.” Under the CA 2016, this gives some weight to the possibility of some form of simultaneous resignation and appointment of a replacement director. But that would be pursuant to the new wording of the CA 2016 and that wording is not present in the CA 1965.

Second, and further to the above points, I am unsure how the remaining director, Rabih, could have appointed the replacement director.

The power to appoint an additional director (similar to Article 68 of the Table A Articles of Association) to fill a casual vacancy must be a powers exercised by the board of directors. It should not be a power exercisable by a sole director. See Article 68:

“The directors shall have power at any time, and from time to time, to appoint any person to be a director, either to fill a casual vacancy or as an addition to the existing directors …” (emphasis in bold)

This is in contrast with the power of a director to appoint a person to be an alternate director to himself. See Article 82 of the Table A Articles of Association but where it is still subject to the approval of the directors:

“Any director with the approval of the directors may appoint any person … to be an alternate or substitute director in his place during such period as he thinks fit.” (emphasis in bold)

“the Board shall have the power, at any time, to appoint any person to be a director to fill such casual vacancy.”

This is the same consistent principle set out in the Table A Articles of Association under the CA 1965 and now the CA 2016.

The question in this case is simply this. As at 4 July 2016, was Afandi still a director or not? If his resignation is not effective under law, then Afandi was still a director .What must follow was that the two directors would have needed to exercise the board of directors’ power to fill the casual vacancy.

On the other hand, if somehow Afandi was not a director as at 4 July 2016, then the board of directors could not act. Quorum for a directors’ meeting could not be met with only one director.

Alternatively, if Afandi and Rabih could still cooperate at that point in time of Afandi’s resignation, a directors’ resolution should have been passed to appoint the additional director to replace Afandi.

Whether through the shareholders’ resolution route or the board of directors’ route, there could then be stronger grounds to uphold the simultaneous resignation and appointment of director.

One thought on “Case Update: Simultaneous Resignation and Appointment of Director”