Lee Shih and Huey Lynn write about the Singapore decision on the appointment of interim judicial managers.

The Singapore High Court in Re KS Energy Ltd and another matter [2020] SGHC 198 granted an order for the appointment of interim judicial managers (IJM) over two companies upon the application by a creditor.

Summary of the Decision

Where a JM order seems highly probable, then any refusal for an order for an IJM would just be postponing the inevitable and putting the company’s assets at further risk in the meantime.

The two companies in this case were KS Energy Ltd (KSE), a public-listed company on the Main Board of the Singapore Exchange, and KS Drilling Pte Ltd (KSD) (being a KSE subsidiary). The principal business of the KSE Group of companies is in drilling and rigging.

The management of KSE and KSD was helmed by Mr Kris Taenar Wiluan, his son and his son-in-law.

Over the past decade, OCBC had extended several loan facilities to the KSE Group of companies. OCBC held about 61.14% of KSE’s total liabilities making them a major, or more aptly, the majority creditor.

In August 2020, Mr Kris Wiluan was charged with 112 charges of false trading and market rigging of KSE shares. He resigned from his position as Chairman and CEO and was replaced by his son.

Justice Aedit Abdullah began his judgment by considering the statutory framework behind an application for an order for judicial management. He noted that the statutory provisions contain no express guidance as to the circumstances in which an IJM should be ordered.

The Court then turned to consider the applicable principles.

Second, this immediate danger to the assets or business of a company could be through fraud or abandonment of the company by the management of the company. However, the categories of cases in which an IJM order may be made are not closed.

Third, the Court looked at the raison d’etre of interim relief in the context of judicial management. The central consideration is the protection of the assets and business of a company. So, the Court will consider the nature and imminence of the risks facing the company’s business and assets.

The Court granted the orders sought by OCBC. Here was a clear case of balance sheet insolvency of KSE and KSD.

Crucially as well, the Court took note of the fact that OCBC was a substantial or super-majority creditor in the application. OCBC’s engagement and approval of any contrary scheme or restructuring proposal would have been required. However, OCBC itself has now lost confidence in the management of the companies and wishes to put the companies in judicial management. This made the judicial management application almost inevitable.

For such an insolvent company facing a judicial management application, the Court made the following comment:

“While miracles can sometimes happen even in commercial settings, some evidence would typically need to be provided of a “white knight” on the verge of coming to the rescue. In particular, figures and specific proposals should be placed before the court to show that the company will be able to answer an application for judicial management.”

As reported subsequently, the Court eventually did grant the judicial management order against the two companies.

It is interesting to see financial institutions in Singapore applying for or supporting placing the borrower company into judicial management. We saw this in the appointment of the IJM over Hin Leong and HSBC applying for the appointment of the IJM of ZenRock. This is instead of pursuing their secured rights such as the appointment of a receiver or outright putting the company into liquidation. Presumably, in appropriate cases, judicial management would provide more stability and a better holistic recovery to the creditor-applicant as well as to the creditors as a whole.

This Singapore decision will be useful for setting out the principles for the appointment of a IJM under Malaysia’s judicial management regime. In Malaysia, there have been very few known appointments of an IJM. I am aware of at least two instances where the company was the applying for the judicial management order and the company itself applied for the IJM. I am also aware of one case in Malaysia where there was a creditor-applicant who successfully obtained the IJM order. 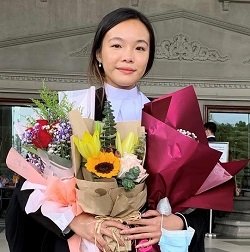 Co-written by Pang Huey Lynn. Lynn is currently a paralegal with Lim Chee Wee Partnership and will be starting her position as an associate shortly. She is active in the field of restructuring and insolvency, and commercial disputes. She graduated from the University of Cambridge.