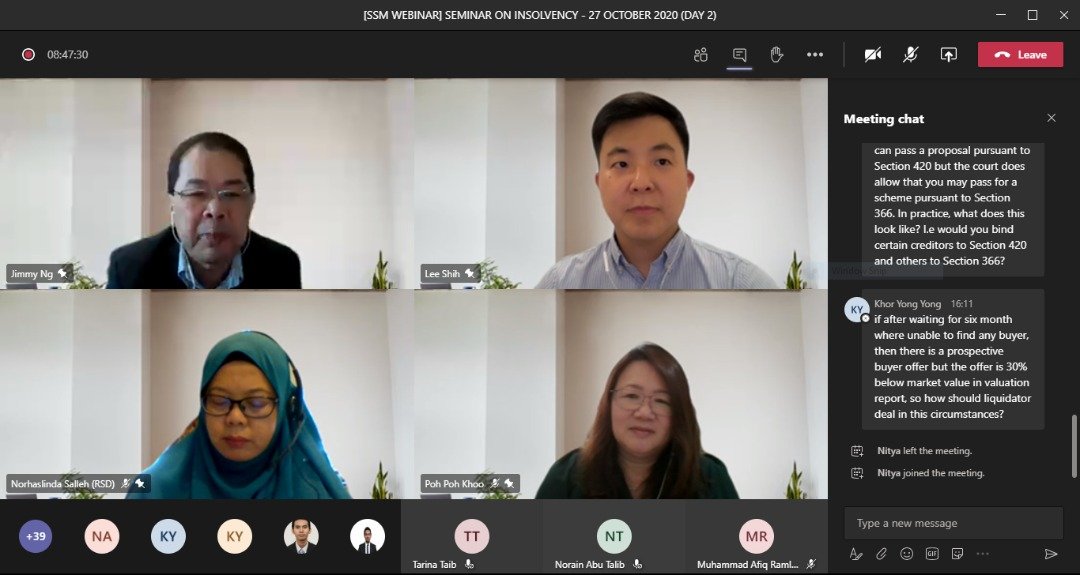 We covered a range of restructuring and insolvency topics. There were some interesting facts shared as well. I am not entirely surprised to see that as at October 2020, 29 judicial management applications being filed.

There was another interesting statistic mentioned.

It is good if that in the appropriate circumstances, and where the Court so allows it, that there can still be further extensions of the six-month period. There would be cases where the judicial manager is still required to be in control of the company in order to implement the proposal.

But we would have to see if there will be a contested application in the Court for such an extension beyond the total 12 months’ period. We can then hopefully read the grounds of decision interpreting this section 406(1).