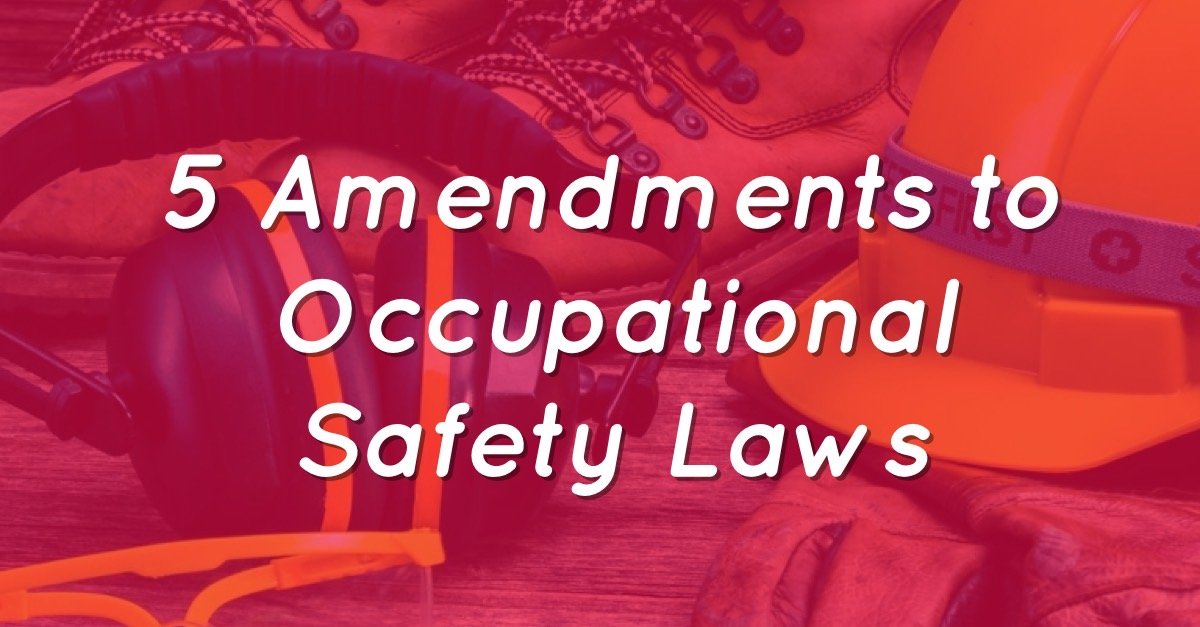 Kwan Will Sen and Muayyad bin Khairulmaini write about the amendments to the Occupational Safety and Health Act.

With discussions on reform to Malaysian Occupational Health and Safety laws being mooted as early as 2018, the OSHA Bill 2020 touches on several key areas with a goal to facilitate the provision of a safe working environment for all employees nationwide.

We touch on five key amendments introduced in the OSHA Bill below. In particular, directors of companies must be aware of the risk of their personal liability and the risk of being jointly charged for occupational health violations.

No.1: The Applicability of the Act – No Man and/or Woman Left Behind

The first key takeaway from the OSHA Bill is the proposed amendment to widen the application of the Act.

Under current laws, section 1 of the Act states that the Act would apply only to specific industries within the First Schedule (e.g. construction, mining, etc).

With the upcoming changes, clause 2 of the OSHA Bill seeks to widen the reach of the Act “to all places of work throughout Malaysia”. “Place of work” refers to “premises where persons work”, and “premises” in turn refers to “any land, building”, etc. Effectively, this means (almost) anywhere.

This is intended to tie up all loose ends to ensure that the safety, health and welfare of all employees from industries are protected no matter where they are deployed. This is important for two key reasons.

First, this amendment would dispel any ambiguity that once existed in the application of the Act. Given the limited categories (10 of them) under the First Schedule of the Act. While the categories are widely worded, there were instances when certain industries have had to second guess as to whether the Act applies to them. This would no longer be the case.

Second, in the new normal brought about by the COVID-19 pandemic, this amendment may theoretically (given its wide application) have the effect of ensuring that workers are always protected. This is even when under instructions to work from home (“WFH”). It is unclear as to whether the authorities, and in particular, the Department of Occupational Safety & Health (DOSH) intends for the amended Act to apply to WFH. In the recent ‘Safe Work Procedure for Prevention of COVID-19 at Workplace’ issued by DOSH, DOSH has taken the view that this guideline applies to all workplaces (despite the limitations under the First Schedule), with WFH being the sole exception.

In any case, if the OSHA Bill comes to pass, employers may have to take a prudent approach. Employers may have to consider ensuring that where employees are to WFH, where applicable, proper equipment, safety training and policies are provided or be in place, to ensure the employee’s health, safety and welfare are accordingly protected in the course of their work.

No.2: Additional Duties of Employers/ Principals

Next, clause 14 of the OSHA Bill introduces new duties and responsibilities for employers and, as part of the amendment, principals.

First, the duty of an employer to, so far as practicable, ensure the safety, health and welfare at work of his employees will be expanded to include “the development and implementation of procedures for dealing with emergencies that may arise while his employees are at work”.

With this amendment, employers would now have to take cognisance of all possible emergencies that may occur and prepare instructions, standard operating procedures and/or other contingency plans should the need arise.

A key takeaway from this addition is that the word “emergency” is neither defined in the OSHA Bill nor the OSHA 1994. Thus, the onus would then be on the employer to be aware of emergencies of all natures (whether it be safety and/or health), in order to fulfil its duties under the proposed Section 15(2)(f).

Second, clause 16 of the OSHA Bill proposes the imposition of duties on ‘principals’ under the proposed new Section 18A.

Principals are defined under Section 3 of the OSHA Bill as:

“…any person who in the course of or for the purposes of his trade, business, profession or undertaking contracts with a contractor for the execution by or under the contractor of the whole or any part of any work undertaken by the principal”

The new Section 18A imposes the duty on principals to ensure, so far as practicable, the safety and health of virtually any person who is engaged by a principal or under the direction of a principal, including but not limited to subcontractors.

The provisions under the new Section 18A, is largely similar to that of Section 15 of the OSHA 1994. This new section would have the effect of increasing the protection of workers at a work place where the dynamics are not of the conventional employer-employee relationship.

Third, Clause 16 of the OSHA Bill also imposes a new duty to conduct and implement risk assessments at the place of work under the proposed Section 18B. This new amendment entails that employers now are duty-bound to assess and identify potential health and safety risks. Subsequently, employers must take the necessary steps to remedy these hazards. While it is commonplace for employers to carry out Hazard Identification, Risk Assessment and Risk Control (“HIRARC”), this proposed section makes it compulsory for all employers to implement HIRARC measures.

However, an issue that may arise from this section is the determination on which safety and health risks must be acted on by the employers. As the HIRARC measures hazards based on its own assessment scale, would employers be duty bound to eliminate the hazards where the risk of injury is least likely? Would employers be duty bound to remove entire pieces of machinery where injury is only a risk where there is improper usage? Further guidance from DOSH on the extent of measures to be taken by an employer in this regard would therefore be welcomed.

Clause 17 of the OSHA Bill seeks to amend Section 19 of OSHA 1994, which governs penalties for breaches under Sections 15 to 18 of OSHA 1994. The key amendments here are two-fold.

First, the inclusion of breaches of Sections 18A and 18B as discussed above.

Second, the increase of penalties from a maximum fine of RM50,000.00 to RM500,000.00. This is intended to strengthen the impact of the financial deterrent provided under this provision to ensure that employers (and now principals) do not shirk their responsibilities.

The imposition of the fines is at the discretion of the Courts. Judges will consider a myriad of factors prior to the imposition of a fine and its quantum (this is discussed in the recent Sessions Court case of Public Prosecutor v Bayangan Sepadu Sdn Bhd, Case No. BK-63-14-02/2020). General sentencing principles may also stay the Court’s hand when imposing the maximum fine. As an example, out of 345 cases for breach of Section 15(1) OSHA 1994 reported on the Department of Occupational Safety and Health’s website, only 2.3% of cases have been sentenced with the maximum fine of RM50,000.00.

No.4: Protection for Employees

Clause 23 of the OSHA Bill seeks to introduce a new Section 26A which provides for the right of an employee to remove himself from any danger or work where there is reasonable justification to believe an imminent danger is present. There are three qualifiers to the new Section 26A.

First, there must be reasonable justification to believe that an imminent danger exists.

It further goes on to stipulate that any employee who removes himself from this danger shall be protected from any undue consequences and not discriminated against. This seemingly opens up a battle for interpretation on what “undue consequences” are and what constitutes “discrimination” in this context. Both of these terms are not defined within the Act.

In any case, this provision is intended to negate (or minimise) any potential fear that an employee may have, in relation taking himself or herself out of a dangerous work area. Often times, employees, being under the thumb of their employers, may be hesitant to do so out of fear of being accused of insubordination or worse, supposed neglect in them carrying their duties – both of which may lead to these employees being fired from their jobs.

No.5: Director and Officer’s Liability

Clause 43 of the OSHA Bill seeks to amend Section 52 of the OSHA 1994 by introducing a provision that makes it clear that, for offences under the Act committed by a company, a director (or officer of the company) may be charged severally or jointly in the same proceedings as the company and may be found guilty of the same offence and liable to the relevant penalties.

Clause 43 goes on to provide the avenues available for the director (or officer of the company) to escape such liability where he is to prove that:

This would shift the burden onto the directors (or officer of the company) to prove the items above ahead of any finding of guilt.

The provision under Section 53 of the Act is hardly relied on by the prosecution or DOSH to go after directors of companies, where only companies are prosecuted with a view of eventually fining these companies. However, the amendment via Clause 43 signals a potential shift in mindset. It remains to be seen if there would be active prosecution of directors or officers, jointly with the offending companies.

If indeed this is DOSH’s direction, this would certainly encourage directors and officers of company to take the necessary measures and cultivate a safer work environment for their employees.

After all, safety doesn’t happen by accident. 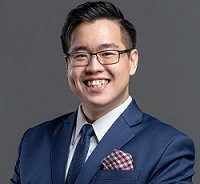 Kwan Will Sen is partner of Lim Chee Wee Partnership and a commercial litigator. He has represented and defended major corporations in prosecutions under the Occupational Safety and Health Act 1994 (OSHA). He is one of the authors of Halsbury’s on OSHA, and the annotated statutes for OSHA. 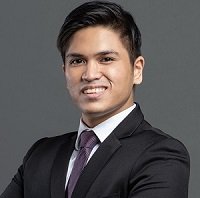