The High Court in Re Rentak Arena Development Sdn Bhd (In Liquidation); Ex Parte Spanland Sdn Bhd and Another Case [2020] MLJU 2133 (see the grounds of judgment dated 18 November 2020)  provided useful guidance on factors considered when there are competing nominees to be appointed as liquidator of a company.

The company in question had been wound up and where it was the developer of a housing project. The Official Receiver was appointed as liquidator.

Subsequently, two different creditors had each applied for their own candidate to be the liquidator of the company.

The High Court provided three reasons for appointing one candidate over the other.

Second, the proposed liquidator had conducted a preliminary investigation to rehabilitate the housing project and with a proposed course of action.

Third, the Court was persuaded by the majority in terms of the numbers of the creditors who voted for the proposed liquidator.

The company, Rentak Arena Development Sdn Bhd, was the developer of the Templer’s Hills Project. The company only managed to sell 22 units out of the project involving 39 bungalow units and 6 bungalow lots.

In February 2019, the company was wound up and with the Official Receiver appointed as liquidator.

In early 2020, two different creditors applied to Court to appoint their own choice of proposed liquidator to replace the Official Receiver. The first candidate was Sundarasan a/l Arumugam (Sundarasan) and the second candidate was Chan Siew Mei (Chan) of KPMG Deal Advisory Sdn Bhd.

In June 2020, the Official Receiver called for a general meeting of creditors and contributories to seek their views and to vote on the proposed liquidator candidate. Six creditors attended the meeting.

One out of the six creditors, with a debt of more than RM58 million (61.89% of the debt admitted), voted in favour of Sundarasan.

The Court had to decide between the two competing applications for the proposed liquidator.

Decision of the High Court

The High Court found in favour of the application to appoint Chan. This is despite there being close to no difference in the experience and expertise between the two proposed liquidators.

The reasons for the High Court’s decision were as follows.

Second, the application concerning Chan contained a report done by Chan and her team. They had conducted a preliminary investigation and research to rehabilitate the project, and with a proposed course of action. The report also showed that there appeared to be interested parties in the assets available for sale. To the Court, this appeared that Chan and her team had made a head start in assessing the project and which would enable Chan to deal, manage and possibly even turn around the project.

Third, the Court also gave weight to the fact that the majority, in terms of the numbers of the creditors, voted in favour of Chan as the liquidator.

The Court in Abdul Rahman suggested that the Court could embark on a mini trial to test the suitability of two competing liquidator nominees.

In this case, it may have been that the competing liquidator nominee applications could be decided based on the documents and without competing assertions based on conflicts of interest or suitability of the candidates.

The winding up Court is not bound by the passing of any resolution at a creditors’ meeting and will merely be guided by the creditors’ views. 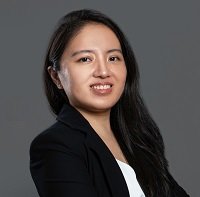 This article was co-written with Jessy Ngwe. Jessy is a pupil-in-chambers at Lim Chee Wee Partnership.