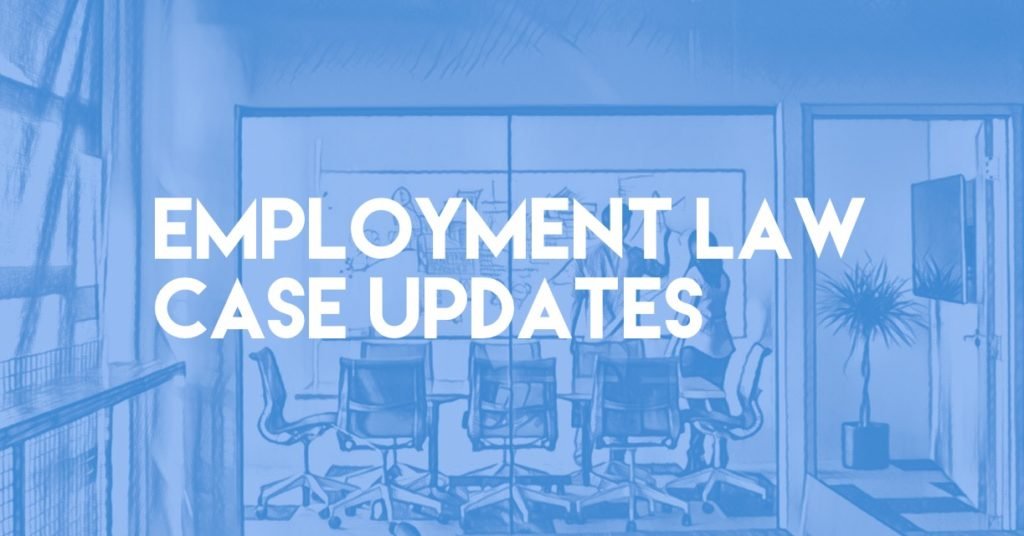 The COVID-19 pandemic has resulted in constant pressure on employers across almost all industries. There have been widespread measures to manage the financial fallout from the global effects of the pandemic, including salary reductions, employee redesignations, retrenchments, and separation schemes.

It has become a common practice for employers to use Mutual Separation Agreements (MSAs) — which also go by various other names such as “settlement agreements”, “separation agreements”, and “termination agreements” — to bypass or shortcut the usual termination processes. Many employers, as well as employees, view MSAs as a “cleaner” way of ending the employment relationship — instead of feeling like s/he has been “sacked”, the employee can be made to feel that the exit is on his/her terms, and employers prefer the certainty of clearly documented and mutually-agreed terms.

However, it is not uncommon for MSA exits to be improperly handled, resulting in a successful unfair/constructive dismissal claim by an employee, and a high financial cost to the employer. Some of my earlier articles would also be relevant for readers interested in this topic:

In this article, we will review the Industrial Court case of Thanasegaran C Munusamy v. Vale Malaysia Minerals Sdn Bhd (Award No. 1647 of 2020), where the employee, Thanasegaran (the Employee) had signed an MSA, but then lodged an unfair dismissal claim against the employer, Vale Malaysia (the Company).

The Employee commenced employment with the Company in April 2017.

He received an Annual Incentive Payment (AIP) in 2017 and 2018. The Company’s employee handbook provides that the AIP is discretionary, based on individual and company performance and KPIs. The Employee also received a salary increment in January 2018, and a promotion in December 2018.

On 28 January 2019, the Employee was called to a meeting, where his manager (COW1), and two HR personnel (COW2 and COW3) were present. According to the Employee, COW2 informed him that the Company had decided to terminate his employment due to poor performance. The Employee said COW2 gave him two options:

The Employee said he was given 24 hours to decide, and that the following day, he was asked to attend another meeting, where he was informed that the Company had agreed to increase the compensation by one month’s salary as an ex gratia payment. He was asked to attend another meeting later that day, with COW1, COW2, and COW3, and two other employees in the same situation as the Employee. All three employees were reminded of the two options — either sign the Termination Agreement, or go through a suspension, DI, and potential dismissal without any of the payments and other settlement terms.

The Employee contended that —

He also said that the proper process in the event of poor performance would have been to place him under the Company’s Performance Improvement Plan (PIP).

The Employee said he felt he had to sign the Termination Agreement in order to receive the payments, especially the large AIP due in February 2019. As such, he claimed that his termination was without just cause or excuse.

The Company’s contention was that the Employee had performed poorly, and that COW1 had always kept him informed of his performance standards. The Company claimed it had reached out to the Employee to discuss these issues, and during the discussion a mutual separation proposal was discussed and agreed, following which the Termination Agreement was prepared.

The Company’s position therefore was that the Employee had always been aware of his performance status throughout his employment, understood the contents of the Termination Agreement, and signed it voluntarily. The Company contended that there were no threats made by them towards the Employee to pressure him into signing the Termination Agreement.

Issues to be decided

In cases such as Thanasegaran, there is a two-step process in relation to the issues:

Was there a dismissal?

The Court noted that all three Company witnesses — COW1, COW2, and COW3 — did not deny that it was suggested that the Employee would be put through a DI. However, the Court found that “the testimonies of the Company’s witnesses were evidently contradictory to each other”. The oral testimonies of the three witnesses were inconsistent, including COW1 testifying that it was not a poor performance issue, but instead that it was about the Employee’s attitude. The witnesses also pointed fingers at each other regarding who suggested that the Employee be put through a DI instead of a PIP. Meetings referred to by the witnesses were also unclear — the minutes were incomplete, unsigned, undated, and without attendance lists.

The Court also found that the Company failed to show that the Employee was given any warnings in respect of his purported attitude or performance issues, and stated that “it is imperative that if an employee’s work performance or attitude is deemed to be unsatisfactory, sufficient warning and opportunity must be given by the employer for the employee to improve in the areas concerned and if he continues to slack in his performance and/or attitude, only then would the employer be justified to put that employee on a domestic inquiry to show cause why he ought not to be dismissed from his employment”. The Court concluded that the Company “evidently failed to give any warning or opportunity to the claimant to improve” and that “the Company ought to have put the claimant under a PIP or a performance counselling”.

Regarding the payment of the AIP to the Employee in 2017 and 2018, COW2 explained that the AIP was paid to all employees, regardless of performance standards. However, the Court was not convinced, finding that this contradicted the provisions in the Company’s employment handbook, which clearly stated that the AIP was discretionary, and based on performances of the individual, the Company, and KPIs.

The Court found that COW2’s testimony that it was the Employee who suggested a mutual separation agreement was “highly circumspect” — the Employee wasn’t even aware of the attitude/performance issues prior to the meeting, and it was obvious that the Company had already prepared the compensation offer. Further, the Court stated that “the speed in which [the Company] acted in getting [the Employee] to execute the Termination Agreement by the very next day is rather telling” and concluded that the Court “[could] only deduce that both COW1 and COW2 planned the meeting of 28 January 2019 to force the [Employee] into signing the Termination Agreement”.

The Court looked negatively upon the fact that —

concluding that these factors “[do] not show the very essence of a mutual separation agreement to exist” and that it was rather “a unilateral imposition of terms by the [Company] on the [Employee]”.

The Court referred to several previously-decided cases, including the following:

The Court in Thanasegaran decided that “it cannot be said by any stretch of imagination that there had been a meeting of the minds (consensus ad idem) between the [Employee] and the [Company]” and that the Employee “was evidently put in fear of an impending disciplinary action via the holding of a domestic inquiry”. The Court rejected the Company’s submission that there was no threat of dismissal, stating: “COW2’s representation alone that a domestic inquiry will be held was cause for concern already that the eventuality of a termination, amongst other forms of punishment, was a possibility and that in itself had affected the [Employee’s] state of mind that he would be left with nothing if he did not execute the Termination Agreement”.

The Court also shared that it was guided by the High Court decision in Phileo Allied Bank (M) Bhd v. Tan Mon Nee & Anor [2010] 1 LNS 813. In that case, the court held, in response to the employer’s contention that the employee had to prove that the employer told her “either you resign or be sacked” that: “Whether or not the [employee] was ‘told’ to resign depends on the facts. There are no specific words or terms that an employer is required to use or utter to communicate to his employee the message that the employee ought to resign or otherwise dire consequences in the form of disciplinary action and dismissal will follow. So long as from his words and/or conduct the employer makes it known to the employee in unmistakable terms that resignation is a better option to disciplinary action and dismissal, and acting on that basis the employee was induced to resign, to my mind that is sufficient to amount to ‘telling’ the employee to resign.”

[One of my previous case updates would also be relevant for those who would like to read more about these issues — Case Update: Factors considered when determining whether a resignation is forced or voluntary (15 September 2017).]

The Court in Thanasegaran concluded: “Upon analysing the evidence in its entirety, the court finds that the Termination Agreement had not been voluntarily entered into by the [Employee]. He had been clearly forced by the [Company] to resign from his employment. The [Employee] has succeeded in proving, on a balance of probabilities, that he had been dismissed by the [Company] in the guise of a mutual separation scheme.”

Was the dismissal with or without just cause or excuse?

The Court reiterated that the manner in which COW1, COW2, and COW3 conducted themselves — informing the Employee that there was a problem with his attitude, that a DI would be held, and then “at the drop of a hat” producing a Termination Agreement, all within 24 hours — “clearly shows that the Termination Agreement was clearly not entered into voluntarily by the [Employee]”.

Further, the Court held that “the [Company’s] contention that the [Employee] had displayed unsatisfactory performance or attitude was not proven by any contemporaneous documents”. The Company did produce committee meeting minutes, but these were “undated, unsigned and clearly lacked details and clarity”.

The Court concluded that —

The Employee was awarded:

with the sums already paid to the Employee under the Termination Agreement to be deducted from the award.

This case further highlights a common misconception, where employers think that once an employee signs off an MSA, the termination is agreed and unlikely to be deemed unfair. The process must be carefully handled, and cannot be rushed. The Industrial Court looks at all the evidence, facts, and actions/inactions of the parties in deciding whether an employee was fairly treated.

Here are some brief bullet-points on my advice to clients when approaching a mutual separation discussion: