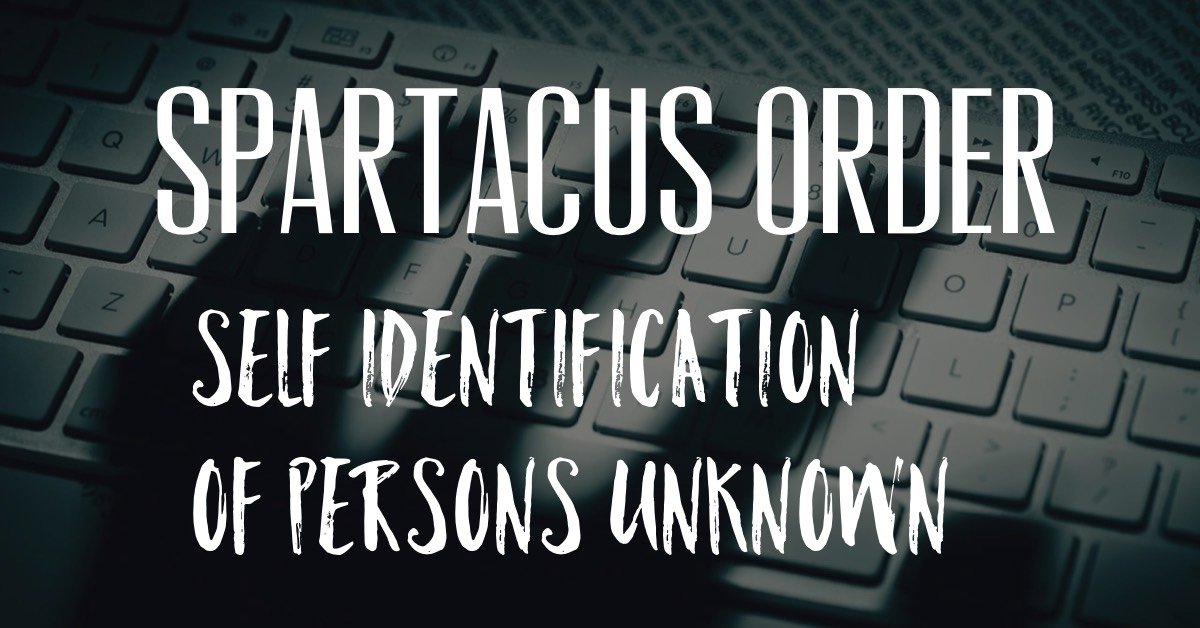 A self-identification order, otherwise known as a Spartacus order, is an order to compel the unknown defendant to identify himself and provide an address of service.

In the ongoing case of Zschimmer & Schwarz v Persons Unknown, Ong Chee Kwan JC in the High Court granted Malaysia’s first-ever Spartacus order recently . You can access the grounds of judgment dated 13 February 2021 for the grant of the Spartacus order.

In this Spartacus order decision, Ong Chee Kwan JC allowed a further Mareva freezing injunction and proprietary injunction against a further 3rd Defendant and 4th Defendant. The monies had moved out of the CIMB bank account and now moved to other bank accounts. So, the Court allowed the application to add the further recipients of these monies, now as the 3rd Defendant and the 4th Defendant.

At paragraph 57 onwards of the grounds of judgment, Ong Chee Kwan JC explained more on the Spartacus order. It is a self-identification order requiring the persons unknown to identify himself/herself and to provide an address for service.

The Court applied the English High Court decision in PML v Person(s) Unknown [2018] EWHC 838 (QB) where the purpose of the self-identification order is so that if the plaintiff were to succeed in its claim, such an order is necessary to ensure that the plaintiff’s remedies are to be effective. PML involved unknown hackers stealing a large amount of data. The unknown hackers blackmailed the plaintiff to pay in order for the data to be returned. The English High Court made such a self-identification order.

Of course, a defendant may disobey and not comply with a self-identification order. But it cannot be assumed that all defendants will choose defiance. Few defendants can remain confident that they will ultimately manage to evade identification. If they fail, punishment for contempt of court will loom large.

Future Application of the Spartacus Order

Malaysia has firmly followed the English cases in allowing the Spartacus order. This adds a further tool for a fraud litigator and for the victim to try to trace unknown fraudsters.

Importantly as well, anonymous hackers, blackmailers or someone threatening sextortion, the court can apply the same principle and grant the self-identification order. Like in the case of NPV v QEL & Another [2018] EWHC 703 (QB), the Spartacus order was made against the anonymous second defendant. This involved an anonymous blackmail case. The second defendant complied with the order and provided his name and address for service.