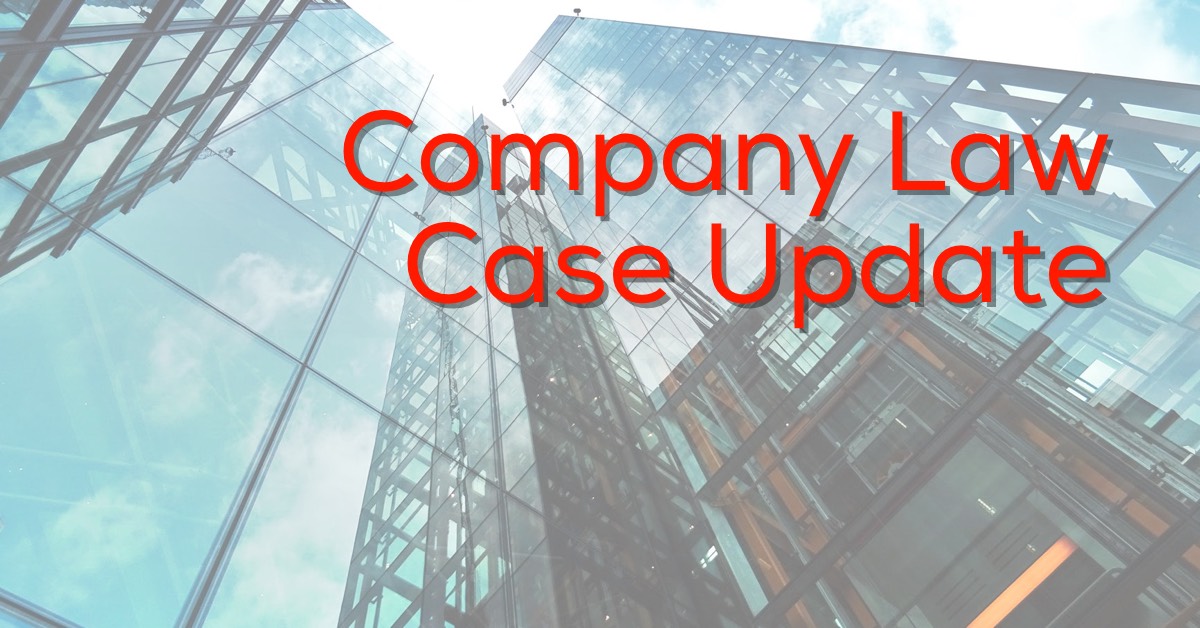 The Court of Appeal in Perdana Petroleum Berhad v Tengku Dato’ Ibrahim Petra and others (grounds of judgment dated 15 October 2021) has ruled on a significant company law issue. Whether the company’s constitution alone can give rise to an indemnity by the company in favour of directors or former directors.

This decision will have an impact on company directors, auditors, company secretaries and other officers of the company attempting to rely on the indemnity clause contained in the constitution.

The Order was to allow these former directors to be indemnified by the Company for their legal expenses and costs incurred in having to defend certain legal proceedings filed against them.

The key issue before the Court of Appeal was: whether the former directors could rely on the indemnification provision in the Company’s constitution.

The Court of Appeal held that the constitution constitutes a contract only between the members (as members of the company) and the company.

Next, while the constitution constitutes a contract between the members and the company, there is no reason why its provisions may not be incorporated between a company and a third party e.g a director. This incorporation can be through an express or implied agreement.

However, without more, the constitution alone does not constitute a contract between a company and a third party, whether that party is an officer of the company or otherwise.

This case shows the importance of directors, officers and other third parties to obtain a clear indemnity from the company. Relying only on the company’s constitution is unlikely to be enough.

At the High Court, the four former directors filed an action to seek an indemnity against the company for their legal fees and expenses in defending two earlier civil suits.

For this update, only one particular civil suit was the more significant one. In that civil suit, the Company had filed a suit, the Petra Perdana Suit, against the four former directors for breaches of their fiduciary duties.

The Petra Perdana Suit is the Petra Perdana decision that went up to the Federal Court and sets out important points on the directors’ duties to act in the best interest of the company.

For the Petra Perdana Suit, the effect of the Federal Court decision was the exoneration of the 3rd and 4th Respondents (they being the former independent non-executive directors), but where the 1st Respondent was found to be negligent or in breach of his duty of care.

With the result of the Federal Court’s decision, the former directors then sought an indemnity of more than RM2.6 million for their incurred legal fees and expenses in the Petra Perdana Suit and appeal proceedings.

170. Every director, managing director, agent, auditor, secretary, and other officer for the time being of the company shall be indemnified out of the assets of the company against any liability incurred by him in defending any proceedings, whether civil or criminal, in which judgment is given in his favour or in which he is acquitted or in connection with any application under the Act in which relief is granted to him by the Court in respect of any negligence, default, breach of duty or breach of trust.

At the High Court, the former directors succeeded in obtaining Orders for the indemnity against the Company. The Company appealed to the Court of Appeal.

Second, there is no reason why, in principle, the provisions of the articles of association may not be incorporated into a contract between a company and a third party, be it its director or otherwise. This can be done by agreement, express or implied.

Third, without more, the articles of association do not become terms in a contract between a company and a third party (i.e a person or persons other than its members qua members), whether it be officers of the company or otherwise.

However, the articles of association may be incorporated into such contracts, expressly or impliedly.

Fourth, comparatively little is required to incorporate a term in the article that provides indemnity to an auditor or director who is appointed. However, it remains necessary that there be an incorporation of the particular article in question. This will depend on the facts and circumstances of the case on whether there was sufficient incorporation.

In short, there was no reliance on any contractual basis, or how the Article 170 might have been incorporated as a term of any such contract in the former directors’ attempt to enforce the Article 170 indemnity.

Nevertheless, that incorporation must be established. There must be some material, no matter how little, to establish that an article was in fact incorporated into a director’s contract of appointment or employment.

Would the Indemnity Have Survived Post Removal of Directors?

The Court of Appeal also posed an open question. Even if there was incorporation of the Article 170 indemnity, it was debatable whether the former directors could maintain their claim under Article 170, bearing in mind that they had already been removed as directors. Any contract they had would be terminated well before the Federal Court decision in the earlier civil suit.

The former directors had also relied on section 289 of the CA 2016, where there are provisions that state that the company may indemnify an officer of the company.

The Court of Appeal held that the section 289 provisions are merely permissive. They do no more than to authorise companies to indemnify their officers or auditors. The provisions do not in themselves confer any statutory right to directors or auditors of companies.

First, this appellate decision is significant in clarifying to all third parties like directors, auditors and company secretaries that they cannot merely rely on a similar Article 170 to form an indemnity by the company.

There must be something a bit more, whether expressly or impliedly. In that sense, an express written indemnity provision or clause in the letter of appointment can constitute that clear evidence.

On the flip side, the effect of this decision does mean that the indemnity provision in constitutions are of little effect. Directors, auditors, company secretaries and other officers may have assumed that they could rely on a similar Article 170 within the constitution alone. But something more is required.

Second, this decision did not have to further touch on the effect of the new section 289 of the CA 2016. As rightly held by the Court of Appeal, that provision in itself does not form a foundation to effect an indemnity. It is merely a permissive provision in the CA 2016/

However, where companies attempt to incorporate an Article 170-like wording into the indemnity provided to their officers, this must be done carefully.

The exact permissive scope of section 289 of the CA 2016 does not follow the wording of the Article 170-like provision, which in turn is the old Article 113 of the Table A form of articles of association.

Third, it will be interesting for a future case to fully answer the question whether a former director of the company can continue to rely on the indemnity that is provided to him. More so with the restrictive nature of the type of indemnity allowed under section 289 of the CA 2016. There is no clear language in section 289 one way or the other stating or restricting the type of indemnity to an existing or a former director of the company.