I have always found this area of company law fascinating and I will be writing more on this in future. This article will serve as a primer on some of the forms of shareholder remedies, especially in a Malaysian context. 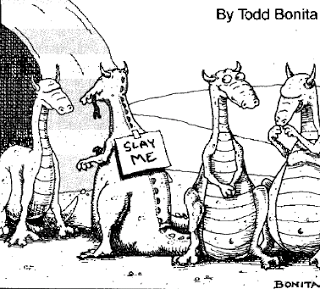 The Rule in Foss v Harbottle: The Fire-Breathing Dragon

This dragon has two distinct heads.

The first is that of the ‘proper plaintiff rule’ being that the proper claimant to bring an action in respect of a wrong done to the company must prima facie be the company. Since the company is a separate entity from its shareholders, a shareholder may not sue to enforce a company’s rights.

The second is the general principle of majority rule being the right of the majority shareholders to decide how the company’s affairs are to be conducted.

This article will touch on the three main weapons in the minority’s arsenal in attempting to slay this dragon.

Malaysia has moved in line with other jurisdictions in enacting statutory derivative action provisions. Sections 181A – 181E of the Companies Act allow a minority shareholder to take on the name of the company in order to bring an action against a wrong done to the company. This derivative action seeks to overcome the situation where the directors (often times under the control of the majority) or where the majority shareholders take no action for a wrong done to the company. This may range from directors acting in breach of their duties to the company or where company assets are being wrongly depleted.

Both the heads in Foss v Harbottle would have largely prevented (although certain limited exceptions do apply) an aggrieved minority shareholder from pursuing any action in relation to these wrongs.

Any shareholder (or a former shareholder in certain circumstances) or director can apply to the Court for permission in order to control the company in initiating or continuing court proceedings.

This statutory derivative action is altruistic in nature, in that this is ultimately an action by the company (under the direction of the applicant) to seek relief for a wrong done to the company and any damages would flow back to the company itself. The applicant would not benefit directly from bringing such an action.

The oppression remedy is embodied in section 181 of the Companies Act, which allows shareholders to seek relief for personal wrongs suffered in their personal capacity as shareholders.

While often relied on by the minority, even the majority shareholder can raise the issue of oppression where the majority is unable to exercise its majority views due to certain provisions in any written agreement among the shareholders

A significant development in Malaysia is where the Federal Court (our apex court)  essentially held that breaches of a shareholders agreement cannot form the basis of an oppression action. Relief would then have to lie in contractual remedies and the shareholder cannot rely on the statutory remedy of oppression. This will unduly restrict the ability of a shareholder to rely on the full avenues of relief.

In ordering relief, the Court will be empowered to grant any remedy to bring the oppression to an end. Often, this could be an order that the majority shareholder purchase the minority’s shares at a fair price. This is normally the most reasonable remedy because it allows the minority to realise the value of their interest in the company and puts an end to the unfairness – but does not destroy the company. In Malaysia, this share buy-out order can only be made for a majority to buy up the minority and not vice versa.

Just and Equitable Winding Up

A shareholder may also apply to the Court to wind up a company where it is “just and equitable” to do so. This area of the law overlaps largely with that of the oppression remedy as the Court will also be guided by the concept of fairness.

Notwithstanding the corporate structure, the Court can impose equitable considerations. The cases decided in a just and equitable winding up often feature elements of quasi-partnership, and mutual trust and confidence among the shareholders. A breach of such elements may then justify the winding up of the company.

The jurisdiction under a just and equitable winding up is wider than that of oppression, as it can apply in a fault-neutral situation. For instance where there was a mutual breakdown in the relationship between the shareholders, with neither party at fault, or where there was the frustration of the underlying purpose of forming the company.

The only relief that can be granted by the Court is ultimately that of a winding up of a company. The shareholder would then only be entitled to any excess proceeds from the liquidation of the company’s assets.

These are merely three of the more important weaponry available to an aggrieved minority shareholder in attempting to seek relief against any abuse by the majority.

A statutory derivative action seeks relief and damages for the company. An oppression remedy is for a wide-range of personal relief for the shareholder, while the just and equitable remedy results in the winding up of a company.

While not outright slaying the dragon of Foss v Harbottle, these remedies, in appropriate circumstances, allow a minority to outflank the beast and thereby pierce the majority’s armour.