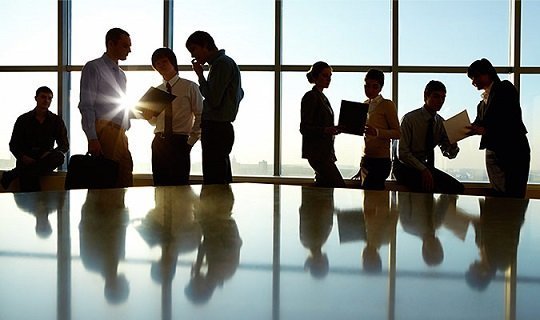 This post is the second in a three-part series on employment law. Flowing on from the introduction (What employers need to know about employment law in Malaysia) and the first part (Legal considerations when hiring employees in Malaysia), this post considers the issues involved in managing employees.

Over the course of an employment relationship, a plethora of situations can arise. Establishing clear human resource principles and guidelines will help minimise the ripple effect of any negative incident.

The management of employees is not an impersonal science, and legal threads will have to be weaved in with aspects which are personal to each employee and situation.

The documentation of employment terms and conditions was covered in the previous post. Suffice to say that basic terms such as wages, bonus, leave, and other benefits should be made very clear to avoid any dispute or confusion.

Generally, the essential terms and conditions fall in one of the following two classes:

Management of employees during the probationary period

Most employment relationships commence with a probation period, ranging from three to six months. Many employers mistakenly treat this as a ‘trial period’ during which they can unilaterally decide whether or not an employee is good enough.

In reality, the decision cannot be taken at the employer’s absolute discretion — employers must be able to show that any decision to dismiss (or to not confirm) an employee is reasonable and fair.

This again shows the balance that the law seeks to find between an employer’s managerial prerogative to decide how to run the business, and an employee’s legitimate expectation to continue to be employed (in this case, to be confirmed).

As mentioned in the previous post, employers should use the interview as an opportunity to explain the job scope, and what is expected of the employee, such as the requirements in terms of reporting structures, timelines, and key performance indicators. This is the first step. When the employee starts working at the company, the basic expectations should be repeated. This sets the right tone for the employment relationship.

If an employer is of the view that a probationer is failing to meet expectations during his probation, this should be communicated to the employee, who must be given a reasonable opportunity to improve.

The courts generally expect employers to allow employees to see out their probation period. The reasoning behind this is that an employer presumably fixes a probation period which is thought to be the time needed to evaluate a probationer, and therefore fairness dictates that a probationer should be given the benefit of that full period to prove himself.

This means that, the common assumption (and practice) that employers can dismiss a probationer at any time during the probation period with the contractually-stipulated notice is open to legal challenge.

Some employers hire employees on fixed term contracts, whereby the contract has an expressly-stated expiry date.

This is sometimes due to the nature of the work/industry, but is also attributable to the misconception that a contract which expires means that an employer can choose not to renew the contract, and release the employee without repercussions.

There are employers who even go as far as hiring employees on year-to-year contracts, which are then ‘renewed’ every year.

However, if challenged by an employee, the court would require the employer to show that there is a genuine reason for using a fixed term contract. Acceptable reasons usually relate to the operational requirements, or where the work being done is for a specific project, or phase of a project.

If the court feels that the reasons were not genuine (such as to make it easier to dismiss employees), an employee who is ‘dismissed’ at the expiry of the stated term of the contract may be able to successfully claim that he has been unfairly dismissed.

One of the most important elements in managing employees is performance reviews. The more formal side of this aspect of the employment relationship will be addressed in the next part, in relation to disciplinary hearings or inquiries required before dismissing an employee.

In the normal course of an employment relationship, reviews do not have to be formal, documented meetings. The key thing is to ensure that, at all times, an employee is aware of what is expected of him.

Employees should also be made aware as soon as possible of any shortfalls in performance, or mistakes made, and allowed the opportunity to discuss them. There should be two-way communication.

When it comes to more serious performance issues, it is very important that the process be documented as much as possible.

While it is important to ‘build a case’ in the event that the poor performance leads to a dismissal, employers must be fair and not pre-judge the issue.

The main objective of reviews is to improve performance, not move towards dismissal, or minimise the possibility of an unfair dismissal claim.

Proper employee management starts from the interview, to the employment contract, all the way through to regular performance reviews. It is an environment of open and clear communication which, if properly cultivated, can result in increased productivity and performance.

0 thoughts on “Ensuring proper employee management from a legal perspective”