I spoke at the BurgieLaw Startup Legal Conference 2016 at MaGIC, Cyberjaya. It was an interesting and lively conference, bringing together startups and investors. 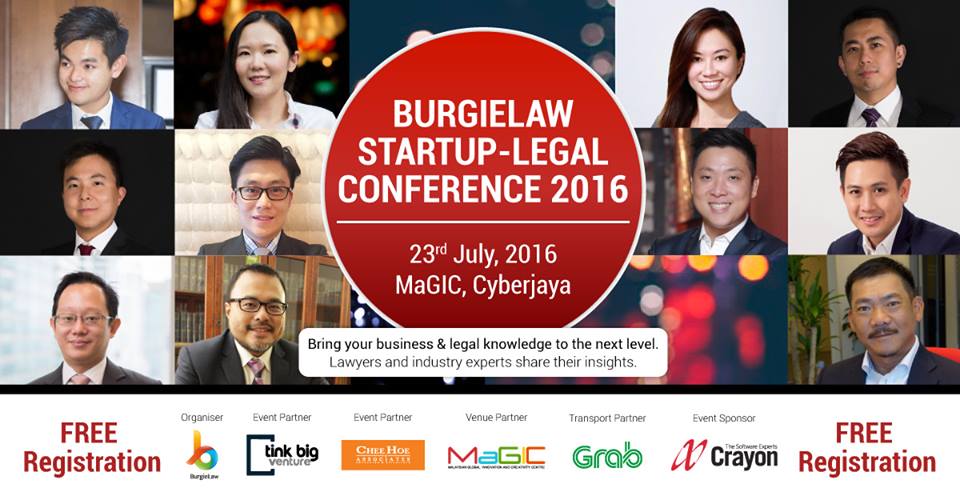 I have uploaded a copy of my presentation slides. I spoke on ‘Limiting your Liability’ and how to manage it at the start of your business and when doing business. So the first half of my talk was on the different business vehicles that can be utilised, in particular, choosing between using a company or a limited liability partnership for your business. 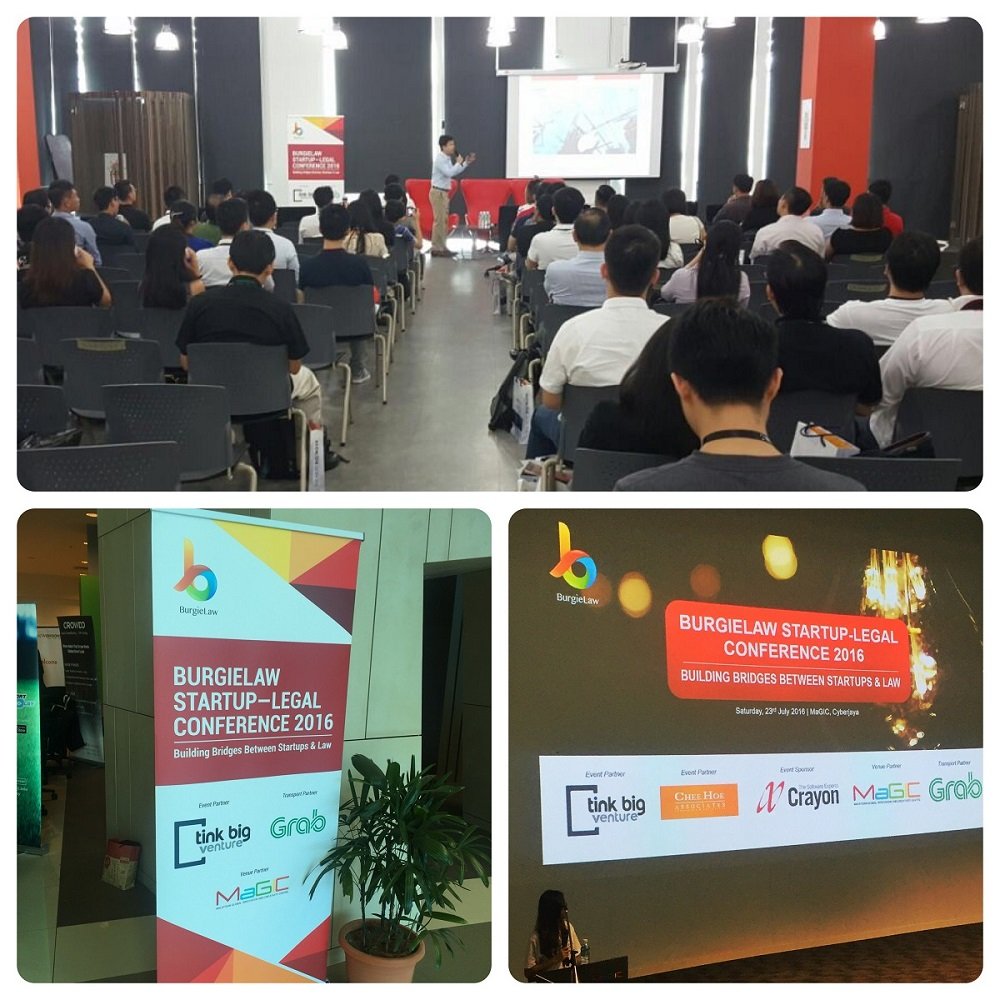 In the second half of my talk, I shared 5 tips on minimising disputes in the course of your business.

Tip #1: Your signature will bind you.

The law will treat it that once you have signed a document, you must have agreed to all the terms in the contract. It doesn’t matter whether you actually read everything or not. Be careful of signing a simple document or contract and which has something along the lines of ‘subject to the usual terms and conditions’. There may be another document containing terms and conditions and there may be a disagreement on whether you are bound by it or not.

Tip #2: Put things down in writing.

It is always a good idea to put down conversations, verbal agreements or even disagreements down in writing. An email or a Whatsapp message. Even if the business relationship may make it awkward to then confirm formally in an email, it is still useful to take down your own notes on what was agreed or discussed.

I have won and lost cases due to notes that were taken down contemporaneously i.e. noting down something at that exact point in time. The law favours contemporaneous documents as they most accurately reflect what was agreed or discussed at that time. By the time an actual disagreement occurs or there is a threatened court action, people would tend to tailor their version of events.

I recently fought a multi-million ringgit dispute based on an unsigned document. The opposing side claimed that the exchange of the draft term sheets and then the draft unsigned agreements nonetheless still amounted to a binding contract between the two parties. The other side’s argument was that the three Ps were already established: the Parties, the Price, and the Property (i.e. what was being sold from one person to the other).

It is important to have the clear phrase “subject to contract” marked on all the drafts. This is an indication (although not a complete answer) to show that parties know that all of these drafts are still subject to the formal signing of the final version. Include language when exchanging the drafts to make it clear that the negotiations are still ongoing. Don’t risk being caught in a situation where you want to eventually pull out from the negotiations and the other side says that there is already a binding contract.

Tip #4: When to use ‘without prejudice’ label.

Proper usage of the ‘without prejudice’ label. It requires two elements. The first is that there is some form of disagreement or dispute between the parties. Next, one side wants to offer some sort of settlement to resolve this disagreement. The law protects that offer or any sort of concessions made in trying to settle and it is then useful to clearly mark the correspondence ‘without prejudice’. No one can then refer to this correspondence if the matter could not be settled and it goes to court.

Often tucked away at the back section of the contract, there would often be a dispute resolution clause. This clause spells out the agreement between the contracting parties on how to bring legal action against the other. The clause may either refer to bringing the action in court or in arbitration. Arbitration is a private and confidential process, allowing specialists (could be judges, could be lawyers, could be experts in that field) to decide on the matter. Arbitration may not be suitable for all sorts of disputes. It can be very expensive since the parties who bring the matter to arbitration have to essentially foot the whole bill.

I gave the example of how I once was about to sign a tenancy agreement. In that agreement, there was an arbitration clause. It was not necessary to have that contract go to arbitration, which could take a long while and cost money. It would have made more sense in that case for it to be decided in court.