Our guest writer, Jillian Chia, shares her insight on the laws regulating the use of drones in Malaysia. Be aware of these laws.

You place an order for pizza on your smartphone. Minutes later you hear a ‘plop’ on your front lawn. Your pizza arrives! No ring of the doorbell, no pizza delivery man. Your late-night snack has arrived, delivered by an unidentified flying object. No, we are not talking about pizza delivery of an extra-terrestrial kind, but what could become a real possibility in the near future- food delivery by way of unmanned aerial vehicles (UAVs), or more commonly known as drones. 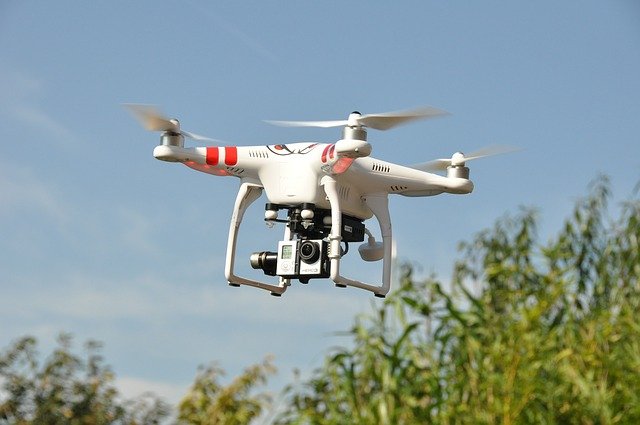 The scenario described above is no fiction and has in fact taken place in November 2016 where a couple in Auckland received a Dominos’ peri-peri chicken pizza and a chicken and cranberry pizza by way of drone. Other contemplated uses of drones include package and postal deliveries (such as Amazon Prime Air), provision of internet connection to remote areas and for security purposes (such as a police patrol). Most recently in 2017, Google has also announced its ‘telepresence’ project involving use of drones in office buildings, to conduct virtual meetings.

Drones: Rules and Regulations in Malaysia

Drones have been steadily gaining popularity in Malaysia and is most commonly used at present for photography or videography purposes.

What are the rules and regulations governing drones in Malaysia though? Law makers around the world have been delving further into developing regulation pertaining to the use of drones as they become commonplace, bearing in mind that unregulated use may lead to a myriad of issues such as breaches of privacy, trespassing of airspace as well as national security issues.

The treatment of the different types of unmanned aircrafts is further discussed below.

The Different Types of Drones

“Unmanned aircraft systems” above 20kgs in weight (without its fuel) are not permitted to be flown without the authorisation from the Director General.


Separate rules appear to apply to “small unmanned aircraft systems” (meaning UAVs under 20kgs) whereby the Regulations permit the flying of a small unmanned aircraft if the person flying the same is “satisfied that the flight can safely be made” and provided that the person in charge “maintains direct and unaided visual contact with such aircraft sufficient to monitor its flight path in relation to other aircrafts, persons, vehicles, vessels and structures for the purpose of avoiding collisions” (also known as ‘visual line of sight’ requirement).

Therefore, flight of smaller sized drones (under 20kgs) appears to be possible without specific authorisation from the DCA provided the two conditions above can be fulfilled.

There are also specific rules applying to “small unmanned surveillance aircrafts” (UAVs under 20kgs which are equipped to undertake surveillance or data acquisition). The restrictions on these types of aircrafts prescribe that such aircrafts cannot be flown under any of the following conditions without authorisation from the DCA:-

Irrespective of weight, the Regulations state that no unmanned aircraft systems are to be flown:-

The Regulations also prescribe that the person in charge of a UAV shall not cause or permit any article or animal whether or not attached to a parachute to be dropped from the unmanned aircraft system.

Therefore, this may rule out use of UAVs for purposes such as food or package deliveries as talked about above, unless special permits or permission have been obtained from the DCA. 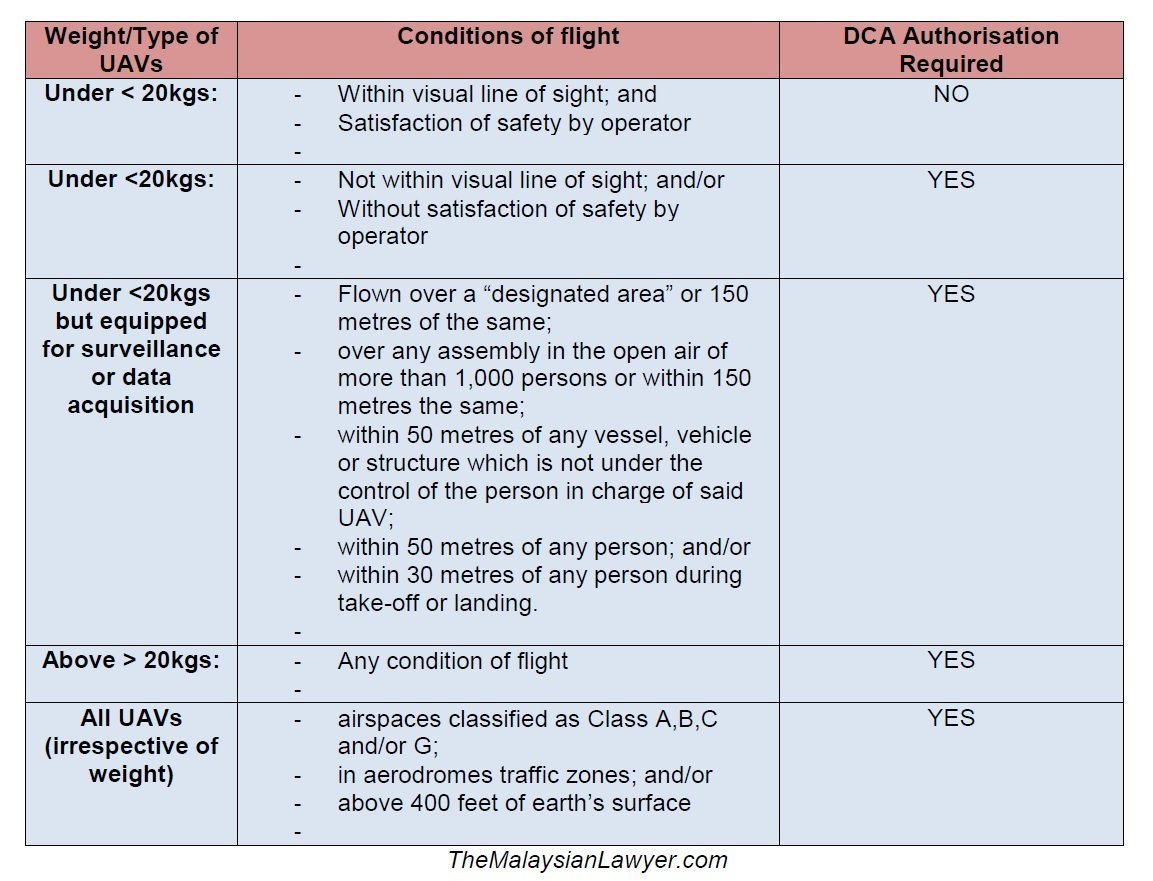 From the amendments that have been incorporated in the 2016 Regulations, it appears that the DCA has begun to recognise the rising popularity of drones in Malaysia, possibly the reason behind the slight loosening of rules in respect of small UAVs (as compared to the stricter requirements previously imposed under the 2008 Circular). That being said, operation of drones remains a largely a regulated area, for good reason. 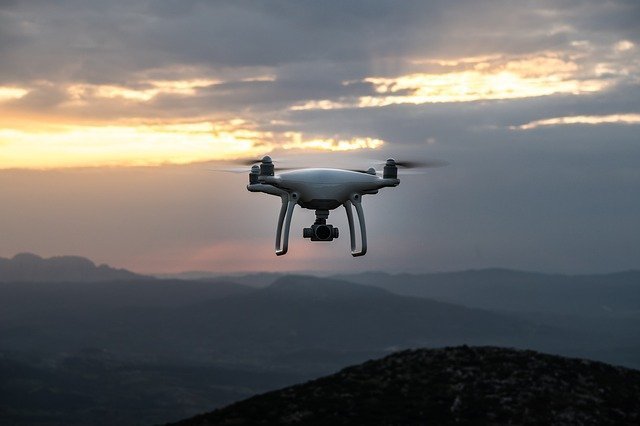 With the ever-growing need for faster and niftier solutions, be it in the logistics, communications, media or security industries, it is only a matter of time before we start seeing more drones dotting our airspace.

Jillian practices in the areas of TMT, Data Protection and IP by day, experiments with her Thermomix by night, and is a mum of two all day, all year round.