There were some new provisions under the Companies Act 2016 that caused a great deal of uncertainty on the signing of documents and contracts.  One frequently asked question was whether all documents executed on behalf of the company now required at least one director to sign that document. Such a requirement would create tremendous logistical problems. 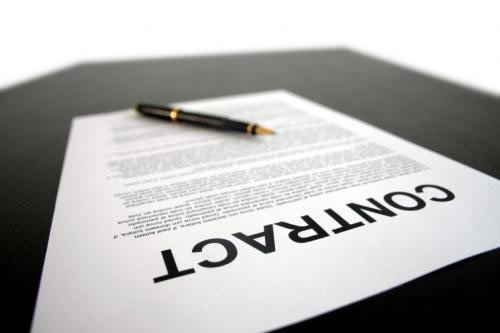 I explain this issue below and how there is now some clarification from the Companies Commission of Malaysia (SSM).

Section 66 of the new Act is titled ‘Execution of Documents’. Section 66(1) provides that a document is executed by a company either under common seal or by signature in accordance with the section 66.

Next, section 66(2) stated that a document is validly executed by a company if it is signed on behalf of the company by at least two authorised officers, one of whom must be a director. In the case of a company with a sole director, then the document is to be signed by that director in the presence of a witness.

Just reading section 66(2) alone, it could mean that a director would always have to be a mandatory signatory. And in reading the word ‘document’, the new Act defines it as a document referred to under the Evidence Act. Essentially, that would mean a very wide category of physical and even electronic documents.

Question 1: Would a director have to sign on every single document issued on behalf of the company?

So the crucial question was whether section 66, and in particular section 66(2), meant that all documents would have to comply with this signature requirement in order to be validly executed by a company. Imagine the logistical nightmare of having every voucher, invoice, purchase order, or receipt having to be signed by a director.

Question 2: What about contracts? Could a contract be signed by an authorised person on behalf of the company?

On the other hand, section 64(1)(b)  of the new Act allows for a contract to be made on behalf of a company by a person acting under authority i.e. an authorised person can sign a contract on behalf of the company. So the next question was whether a contract can be preserved by a single authorised signatory while all other documents needed to meet the signature requirement of section 66(2).

Clarification from the Companies Commission

The SSM has sought to clarify this issue. In SSM’s FAQ document updated on 6 March 2017, the document addresses this issue at F.3. I quote it below:

3.
What is the ambit and scope of section 66 with regards to the execution of document?
Answer:
Section 66 should be read in totality to which the scope is intended to cover the execution of documents which are required under any written law/regulations or agreement to be executed under common seal. This means that where there is a requirement under any written law/regulations or agreement requiring the documents to be executed by affixing the common seal, the company the following option:

(a) by affixing the common seal in accordance with the conditions or limitations in the constitution; OR

(b) by signature in accordance with section 66 i.e. signed by two authorized officers, one of whom must be a director or in the case of a single director, by that director in the presence of a witness.

Any document which is executed without a common seal but in accordance with section 66 would have the same effect as if it was executed under the common seal.

This seems to indicate that the purpose of section 66 is to cater for a document that, under the law, is required to be executed under common seal. If the common seal is not used, then the signature requirement under section 66 would have the same effect as if the document did have a common seal.

This goes a long way in shedding light on the purpose behind the wording of section 66. It remains to be seen if this FAQ document is sufficient to provide legal certainty. Execution of documents and contracts are an essential element of all business activities. All companies will want to have a definitive answer on such a crucial issue and not risk any legal challenge.

12 thoughts on “Uncertainty in Signing Documents under the Companies Act 2016?”