One of the aims of the Companies Act 2016 is to strengthen shareholders’ rights. I anticipate further avenues for shareholders, in particular minority shareholders, to ensure that their rights are protected. 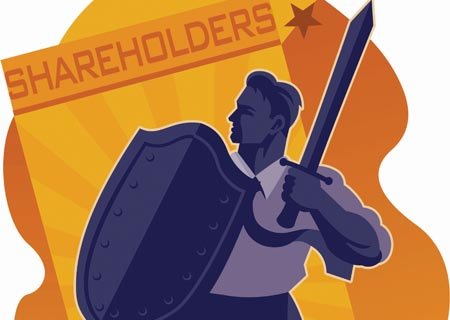 I set out below 7 changes to shareholders’ rights and remedies. In particular, some of these changes will likely lead to more shareholder litigation. This will test the exact limits of the new laws. For consistent reference, I will be referring to the term ‘shareholder’ and not to the term member of the company.

For private companies, there are no more AGMs. With no mandatory requirement to hold such shareholder meetings, a lot of the shareholder decisions can now be carried out through the new written resolution procedure.

Any shareholder holding at least 5% of the voting rights (or any lower percentage set out in the constitution) may compel the company to circulate a written resolution for the shareholders to decide on. This new procedure will have a lot of new procedural requirements that may need to be interpreted by the courts.

In particular, the directors may refuse to circulate this written resolution based on four specific grounds, such as it would not be in the best interest of the company. These are new provisions and the courts would have to decide on the scope of these new provisions and restrictions.

2. Easier amendment to the constitution?

The memorandum and articles of association (M&A) has been replaced by the term the constitution. Under the old law, the M&A could not easily be modified without the consent of at least 75% of the shareholders.

This is understandable since the M&A was a fundamental document and was akin to the contract binding all the shareholders. A court order to amend the M&A have to be very exceptional and justified only where there was some oppressive conduct.

Under the Companies Act 2016, it may now be easier to obtain a court order to amend the M&A / constitution. There is a new provision that allows a director or shareholder to apply to the court for such an amendment. The court has to be satisfied that it would not be practicable to amend the constitution using the procedures under the new Act or under the constitution itself.

Such a power to amend the constitution has to be carefully considered. An amendment to the constitution could amount to a fundamental change and against the original bargain between the shareholders.

3. Easier convening of a shareholders’ meeting

The law has strengthened the ability for the shareholders to call and hold a shareholders’ meeting. This is equivalent to the previous section 145 of the Companies Act 1965 which required two shareholders holding at least 10% of the share capital.

Now, a single shareholder holding at least 10% of the share capital can convene a shareholder meeting. The constitution can also allow for a lower threshold to be set.

This right is coupled with the relaxation of the proxy restrictions so that it is easier for proxies to be appointed to vote at shareholders’ meetings.

Shareholders have now gained new powers to raise comments and questions, and to make recommendations to the directors on management matters. The traditional rule was that directors had the exclusive powers to manage the business of the company. Shareholders could not control the management of that business. These new powers may now blur that distinction.

6. The demise of the common law derivative action

If there are any sort of acts that contravene the new Act or is an attempt to contravene the Act, a shareholder who is affected can apply to the court for an injunction under this provision.

With the wide provisions of the new Act and with new duties and obligations, a shareholder may want to rely on the wide grounds of the statutory injunction. There is a similar provision in Singapore and in Australia, so cases from those jurisdictions would be persuasive here.