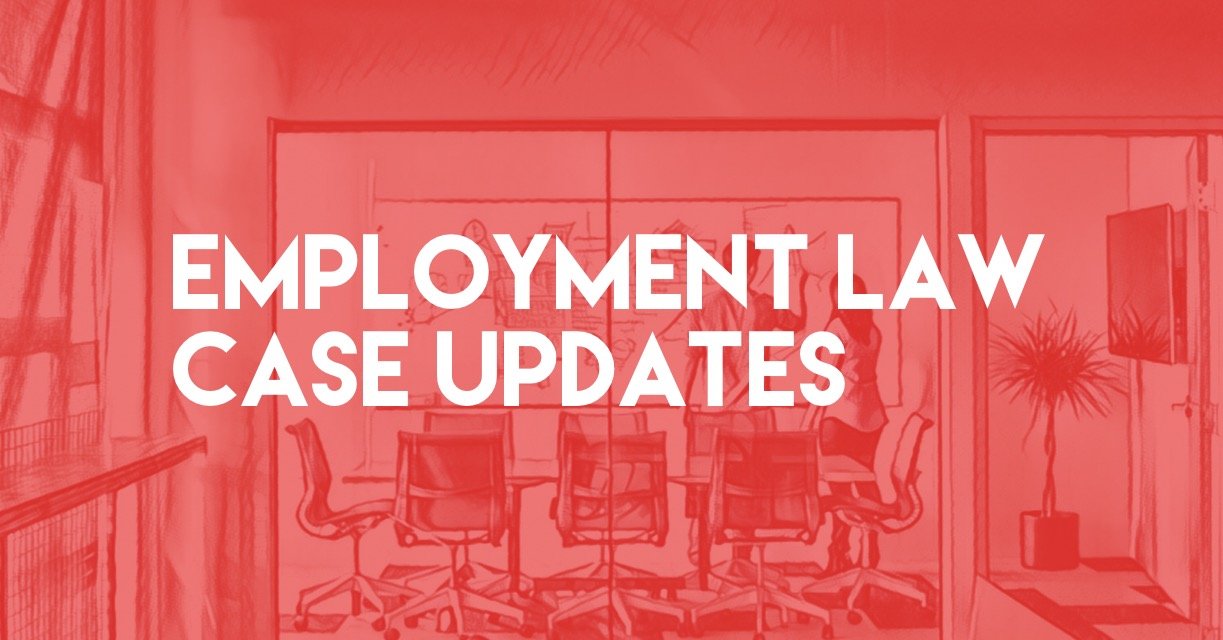 Identifying the terms and conditions that apply to an employment relationship is often not as straightforward as reading through an employment contract.

It is the norm, particularly in large employer organisations which span multiple jurisdictions, for these terms and conditions to be set out in several documents. As a minimum, many employers would have an offer letter, the main employment contract, and an employee handbook. These are then supplemented by further individual policies, such as those in relation to personal data, BYOD, IT, benefits, discipline, workplace conduct, grievance procedures — the list is close to endless. The difficulty in determining which terms apply is further complicated when these documents (or parts of some of these documents) are amended or updated over the years.

Problems arise when an employer seeks to apply or enforce some of the terms set out in one of those documents, and the employee claims to not be aware of it — or contends that the document does not apply. The Industrial Court recently considered one such case in Ho Seng Fatt v. Strateq System Sdn Bhd (Award No. 279 of 2018).

In Ho Seng Fatt, the claimant (“Employee”) had been employed by the company (“Employer”). On 14 February 2008, approximately 17 years into his employment, the Employer informed the Employee via a letter that, as he would soon be turning 55, he would be retired in line with the terms and conditions of the Employer’s Employee Handbook.

The Industrial Court observed that, where a retirement clause (or any other employment term) is not contained in the employment contract, “merely stating such a provision in the company’s Employee Handbook which may contain the full terms and conditions of service […] will not suffice to make it effectual”. The Court went on to explain that for such provisions to be effective and contractually binding, “a set of those terms and conditions of service should be made available to the workman for his inspection and more importantly his cognition” and that the burden is on the employer to show that this was done.

The Court concluded in this case that there was no persuasive evidence from the Employer that the Employee was informed of the retirement clause. The Employer’s contention that the Employee’s exercise of some entitlements under the Employee Handbook indicate that he was aware of its contents was rejected, with the Court stating that it “does not go far enough to safely allow the assumption that the claimant was indeed aware of the retirement clause or that he had the opportunity to manifestly give serious reflection upon such a clause”.

Although accepting the Employer’s contention that a retirement policy is a management prerogative solely at an employer’s discretion, the Court pointed out that any changes to the employment terms and conditions “must be brought to the attention of the workman at the earliest possible time” and in this case the Employer failed to do so.

The Court therefore supported the Employee’s contention that the retirement policy did not apply to him because he was not expressly informed of it. The Court further stated that “the fact that the company did not specifically direct his attention to the clause on retirement in a timely fashion can be seen as an instrument of administrative failure committed by the company” and that an employer “must be expected to have taken reasonable steps in the overall scheme of things to ensure reasonable familiarity by its employees to the general terms and conditions of service”.

For the reasons above, the Industrial Court found that the Employee’s cessation of employment was without just cause or excuse, and ordered the payment of 24 months’ backwages.

It is crucial that employment terms and conditions are properly communicated to employees in order for those clauses to be effective. As can be seen from the Ho Seng Fatt case, failing to do so may mean that even where the creation or revision of certain employment clauses can lawfully be done at the employer’s discretion, those clauses may not be applicable or effective if there is an administrative failure to communicate them to the relevant employee.

In practice, an employer should ideally deliver a copy of all applicable employment terms to every employee, and obtain a written sign-off acknowledging that the employee has received and had the opportunity to read and understand the contents of any document.

Where delivering individual copies of obtaining individual sign-offs may not be practical, an employer should either host a group employee briefing to inform employees of the relevant clauses, or issue a notice regarding the said clauses, and ensure that this notice is e-mailed to all affected employees or posted up in a prominent and easily-accessible area, such as a noticeboard.

Also, in companies where the original employee handbook may be decades old, and has since been updated numerous times or been supplemented with many individual guidelines or policies, it may be advisable to consolidate the current clauses and communicate this to employees.

2 thoughts on “Case Update: Is a clause in an employee handbook effective if an employee claims not to have read it?”