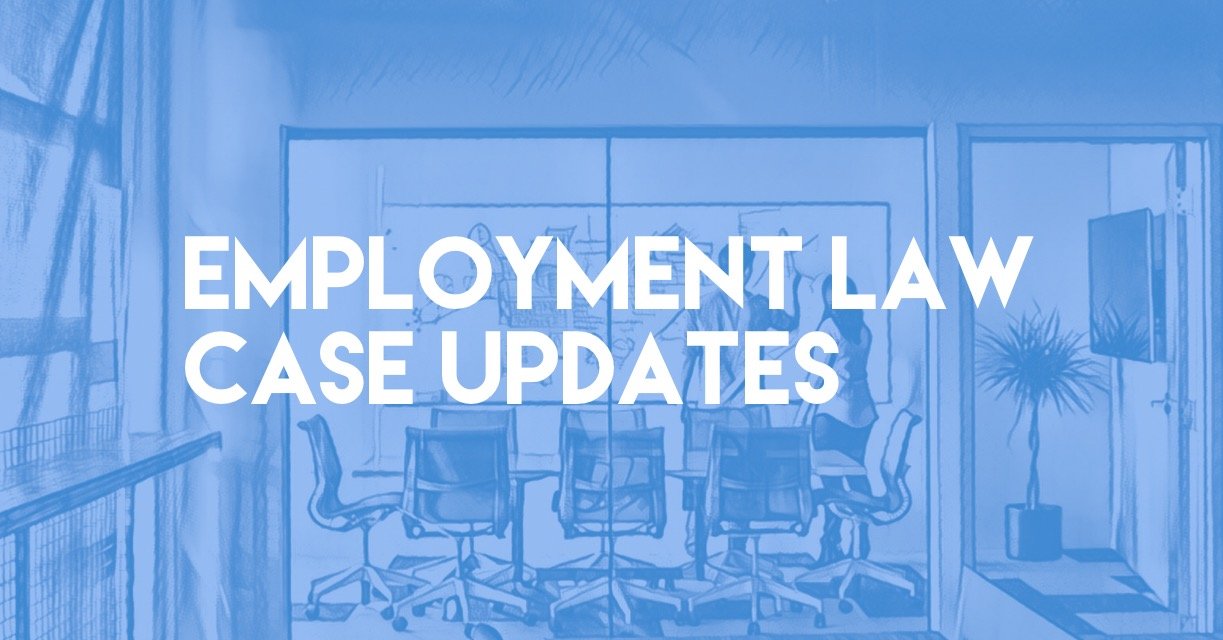 We therefore see increasingly complicated employment relationships — the core employment contract being supplemented by assignments, secondments, or some other similar arrangements both formal or otherwise — which in time can lead to confusion over who the actual employer entity is, and more importantly, which jurisdiction the employer is in. Some of these arrangements can get even more convoluted with the introduction of other structures such as third party employment or payroll service providers or local host entities.

The employee in Lars Kruse Thomsen alleged that he had been employed by Hot-Can Sdn Bhd (“Hot-Can Malaysia”) as a Chief Commercial Officer (CCO) and had not been paid since April 2013. After some communication, the employee walked out claiming constructive dismissal, on the basis of the non-payment of his salaries.

Hot-Can Malaysia contended that throughout the trial, the employee had been referring to an Independent Service Provider (“ISP”) Agreement with Hot-Can PLC, a UK company (“Hot-Can UK”). Therefore, Hot-Can Malaysia stated that any dispute relating to the alleged constructive dismissal or unpaid salaries is between the employee and his employer, Hot-Can UK.

The employee also relied on other evidence which he claimed pointed towards an employment relationship with Hot-Can Malaysia, including evidence that —

The sole issue for the court to decide was whether Hot-Can Malaysia was the employer.

The Industrial Court stated that the crux of the matter was the question of employer- employee relationship, ie Hot-Can Malaysia’s contention that the employee was engaged by Hot-Can UK.

The Court here cited the case of Aniza Yaacob & 763 Ors v. Mostek Malaysia Sdn Bhd & 2 Ors [1987] 1 LNS 127, where the High Court upheld the decision of the Industrial Court in refusing to exercise jurisdiction when the employer is outside jurisdiction. The court in Aniza Yaacob stated: “The Industrial Court has no extra territorial jurisdiction, the Court being a creature of statute and therefore being entirely a Malaysian Act, it does not extend to the United States of America or any foreign country.”

The Group CEO of Hot-Can UK gave evidence that —

The Court also reviewed the ISP Agreement, which was clearly between Hot-Can UK and the employee, and set out that his main duty as the CCO was to do global marketing of Hot-Can products. The Court, citing the case of Berjaya Times Square Sdn Bhd v. Twingems Sdn Bhd & Anor & Another Case (No. 2) [2012] 1 LNS 166, stated that “it is trite law that parties are bound by the terms of the written agreement entered between them and shall not introduce or bring extrinsic evidence to vary or contract the clear terms of the agreement”.

The employee was unable to provide any evidence to show the scope of duties he had been performing for Hot-Can Malaysia.

The Court noted that the employee’s own business card introduces himself as the CCO of Hot-Can UK, with the London office and fax numbers.

The Court further noted several emails between the employee and Hot-Can UK attempting to settle the dispute. Although the settlement did not materialise, it was clear that Hot-Can Malaysia was not involved in the discussions, which the Court said clearly showed that the employee acknowledged that Hot-Can UK was his employer.

Thus, the Court concluded that there was no employer-employee relationship between Hot-Can Malaysia and the employee, and the claim was dismissed.

The employee in John Brian Chesson entered into an employment contract on 12 May 2012 (“IPRL Contract”) with International Professional Resources (US) Limited (“IPRL”), a company incorporated in the United Arab Emirates. He was then assigned (via an Assignment Agreement dated 12 May 2012) to Baker Hughes (Malaysia) Sdn Bhd (“BH Malaysia”).

In line with the Assignment Agreement, and to facilitate obtaining a Malaysian employment pass, the employee entered into a two-year employment contract with BH Malaysia (“Local Contract”).

IPRL subsequently terminated his employment on 3 October 2013 due to alleged poor performance, which therefore resulted in his contract with BH Malaysia also being terminated.

The employee brought an unfair dismissal claim against BH Malaysia. BH Malaysia objected, contending that the action was wrongly brought against it, as it was not the employer.

Before deciding on the substantive issue of the dismissal, the Court had to decide whether BH Malaysia was the employer. The Court cited the case of Hyder Consulting Sdn Bhd v. Chan Yau Liang [2008] 1 ILR 387 C (Award No. 138 of 2008), where the Industrial Court held as follows: “The first and main issue here is the question as who was the claimant’s employer. Was the employer a foreign company or a local company. If it is decided that the employer was a local company then only the court can proceed to determine whether the claimant’s dismissal was with just cause or excuse. If it is otherwise, the court is not seized with the jurisdiction to hear the dispute.”

The Industrial Court examined the relevant clauses in the IPRL Contract, the Assignment Contract and the Local Contract to determine whether IPRL or BH Malaysia was in fact the employer.

The IPRL Contract stated that the employee was employed “as an internationally mobile employee” with the Baker Hughes group, and would be “assigned to work wherever [his] services may be required”. The contract further stated that “each such assignment will be governed by a separate Assignment Agreement to be read in conjunction with [the IPRL Contract]”. The document also clearly stated: “You shall at all times during an assignment be and remain an employee solely of [IPRL] and shall comply with all lawful instructions of [IPRL].”

The Court concluded that, based on the reading of the documents —

The employee claimed that —

BH Malaysia’s counsel also submitted that, pursuant to the Assignment Agreement, any remuneration received by the employee under the Local Contract would be deducted from the remuneration under the IPRL Contract. Essentially, the employee’s salary was capped at the amount payable under the IPRL Contract, and he does not receive any extra remuneration pursuant to the Local Contract, which was only for immigration purposes. The Court agreed with this submission and the evidence put forward which clearly showed that IPRL had paid the employee’s salaries and benefits and then back-charged BJ Services for payments made to the employee.

However, the Court pointed out that “payment of salary was not a true indicator of who the real employer was, as any arrangements for payment of salary between an employer and the assignee company do not impact or alter the employer-employee relationship” and cited the following cases to illustrate this point:

BH Malaysia further contended that the employee continued to report to his superiors, who were IPRL employees, during the course of his assignment.

The Court cited the case of PRG-Schultz International Pte Ltd v. Ker Su Chon (Permohonan Semakan Kehakiman No. R1-25-316-2007), where the High Court quashed an Industrial Court award. The High Court decision was further affirmed by the Court of Appeal in Rayuan Sivil No. W-02-646-2010, Ker Su Chon v. PRG-Schultz International Pte Ltd. The High Court Judge held: “in so far as the [employment contract] is concerned, it is clear that […] the Respondent agreed to submit to the jurisdiction of the courts of Singapore […]. The fact that payment of the Respondent’s salary was in the Malaysian currency and EPF payments were made does not ipso facto make her contract of employment subject to the laws of Malaysia when that was not what the parties had bargained for and which is expressly provided in the said contract. The Industrial Court has failed to consider that the Respondent’s contract of employment is central to her claim and therefore the Industrial Court ought to have looked at the contract to determine whether it has jurisdiction to hear the dispute. The issue of the Industrial Court’s jurisdiction to hear the dispute between the Applicant and the Respondent ought to be determined by the terms of the employment contract which forms the basis for the Respondent’s claim against the Applicant and not only on the fact of the Applicant’s registration in Malaysia or that payment of the Respondent’s salary was in the Malaysian currency and EPF payments made by the Applicant for the Respondent. Further there is the fact that the parties entered into the contract in Singapore.”

The Industrial Court applied the above principles to this case, and said that “the plain meanings of the words in this clause are clear and unambiguous” and “the claimant had admitted that he had entered into the said IPRL Contract and therefore he had indeed agreed to the terms and conditions thereof”. Therefore the Court held that the fact that the employee’s tax returns were submitted by BJ Services, and even if payment of his salaries were done by BH Malaysia, does not ipso facto exclusively mean that his contract of employment was subject to the laws of Malaysia.

The Court also held that the Assignment Agreement and the Local Contract clearly showed the intention of the parties that the employee’s employer would at all times continue to be IPRL, and that “it is therefore not equitable for the claimant to now make a turnabout and claim that IPRL and [BH Malaysia] were his joint employers”.