A group of Malaysian lawyers drafted a Remote Hearing Protocol setting out a proposed protocol to conduct remote hearings during the movement restrictions in Malaysia. The paper hopes that it can be used as a road map for conducting hearings and trials remotely, and to be used as a guide for the Judiciary and the Bar in the future. 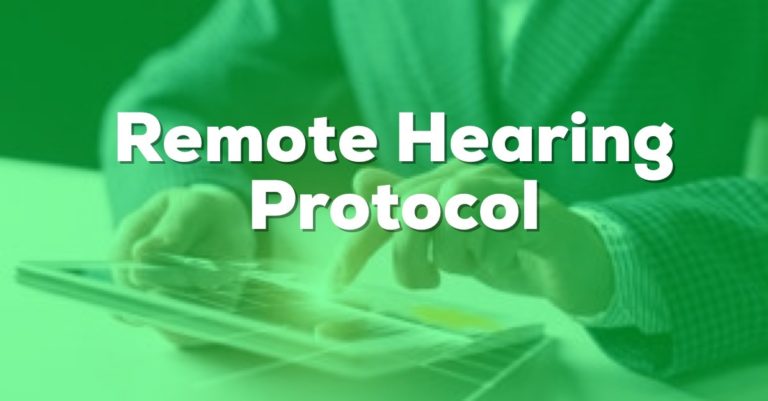 #1: Remote Hearing Not Automatic and Court to Exercise Discretion

The Court ultimately retains the discretion to direct the holding of a remote hearing. The Court should take into account factors such as what manner of hearing (whether by teleconference or video link) would best serve the interest of justice and public health and safety, the speed of online connectivity available to parties, and whether the parties and witnesses are sufficiently equipped with technology to conduct the hearing.

#2: Trials and Other Proceedings with Witnesses

There may be concerns as to how witnesses will be giving evidence at such remote hearings and whether the witnesses may be prompted off-screen. The protocol proposes certain safeguards such as the following.

Second, every witness giving evidence from a remote location shall be supervised by an independent supervising officer. Such a person could be a member of the Judicial and Legal Services, a practising advocate and solicitor of good standing, an authorised member of the Court staff or such other person to whom the parties agree.

The protocol sets out the suggested pre-hearing procedure for parties to log in beforehand, and to test their equipment.

During the hearing, a list of steps are listed out for the order of speech, to pause in case of any audio or video lag, and to raise a hand to allow the opportunity to speak.

During this period of movement control restrictions, the court process and the administration of justice will be able to still proceed. Even with the lifting of the movement control, social distancing will still be required and court practice would not be able to resume as it was. Hence, this is a very necessary protocol in order to aid the Bar, the Judiciary and litigants through the process of participating in a virtual hearing.