This is a guest post by Gerard Tang and Tan Hei Zel. It is one of the 3 articles selected to be published on TML following our open call for submissions. We would like to thank everyone who sent in their articles. We hope to see more quality legal writing published, which will hopefully lead to vibrant discussions and thought leadership in the Malaysian legal industry.

The Companies (Exemption) (No. 2) Order 2020 (“Order”) has provided temporary reprieve from winding-up proceedings. The Order, issued by the Minister of Domestic Trade and Consumer Affairs (“Minister”), has extended the time frame to respond to a statutory demand up to six months. However, this article explains how the Order is potentially ultra vires and flawed.

The Order exempts all companies from section 466(1)(a) of the Companies Act 2016 (“Act”). Section 466(1)(a) provides for a statutory presumption of insolvency of a company where:

(a) the company is indebted in a sum exceeding the amount prescribed by the Minister;

(b) a notice of demand for the debt is served on the company; and

(c) the company fails to pay the debt within 21 days after service of the notice.

The exemption is applicable to notices served between 23 April 2020 and 31 December 2020. This exemption is subject to the condition that a company shall pay its debt within 6 months after service of the notice (“Condition”). This is a timely measure to tide businesses over during the economic downturn and a creative use of the exemption provision in the Act. However, we argue that the Order is potentially ultra vires and flawed.

In exempting companies from the 21-day period to settle their debts under section 466(1)(a), the
Minister subjected the exemption to the Condition. Section 615(2)(c) allows the Minister to, in exercising his power to exempt, impose any conditions as he thinks fit. However, the imposition of such conditions must be done within the scope of the power conferred on the Minister.

There are three reasons why the Minister may have exceeded the scope of his power.

First, by imposing the Condition, the Order effectively amends the 21-day period prescribed by section 466(1)(a). This is tantamount to rewriting legislation. Hence, this potentially renders the Condition ultra vires the Act. A power of exemption cannot be construed as a power to vary legislation. An act of Parliament can only be amended by Parliament.

Third, it is also arguable that the imposition of the Condition amounts to creating a new statutory presumption of insolvency against companies. Pursuant to the Condition, a company is now deemed insolvent if it fails to satisfy its debts for which a notice is served on it within 6 months after the notice is served. This is, again, in excess of the power granted to the Minister under section 615.

The Order is also heavily flawed. While purporting to enlarge the 21-day period under section 466(1)(a), the Order makes no mention of a corresponding extension of the limitation period under section 466(2) for creditors to file a winding-up petition. Section 466(2) requires creditors to file a winding-up petition within 6 months from the expiry of the 21-day period in section 466(1)(a). The failure of the Order to correspondingly vary the limitation period in section 466(2) inevitably gives rise to uncertainties which may affect the rights of creditors. This makes the Order even more susceptible to challenge.

Further, the Order is also limited in its intended purpose of providing companies with temporary protection against winding-up proceedings. The Order merely exempts companies from the application of section 466(1)(a). Creditors will still be able to avail themselves of other provisions in the Act to wind-up a company, such as section 466(1)(b). Section 466(1)(b) creates a statutory presumption of insolvency against a company where an execution or other process issued on a judgment, decree or order of any court in favour of a creditor of the company is unsatisfied.

For the reasons above, the Order is potentially ultra vires. In any case, it is a piecemeal legislative response in providing businesses with the necessary reliefs during this period of uncertainty. To weather the pandemic, businesses need more than just legal protection from winding-up proceedings. They will also need to be shielded from other legal actions such as eviction as well as enforcement of collaterals and certain contractual obligations. It is high time Parliament enacts a standalone COVID-19 Act to provide holistic reliefs to businesses through a comprehensive and wholesome legal framework. 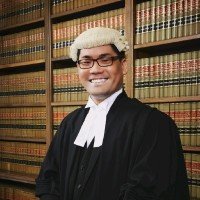 Gerard Tang was admitted as a Barrister-at-Law (Middle Temple) in 2018. He is currently a legal counsel at the Asian Football Confederation, advising mainly on matters related to sports legal, governance and arbitration. 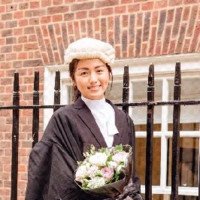 Tan Hei Zel read law at Cardiff University and was admitted as a Barrister-at-Law (Middle Temple) in 2018 and as an Advocate & Solicitor of the High Court of Malaya in 2020.