Early on in my legal practice, I thought to myself that I would like to one day be featured in one of the business dailies. I wanted to work hard so that I had enough knowledge to share my views.

Coincidentally, I was already following Marcus’ Counsel column in The Edge. I did not know my fellow The Malaysian Lawyer back then. He was one of the few lawyers (if not, only lawyer) writing regularly on corporate-related matters at that time. I was thinking this relatively young lawyer, with the ang moh surname, already had his own column in a leading financial newspaper.

Marcus and I of course eventually met in person, became good friends, and then on a whim, set up The Malaysian Lawyer website. We wanted to continue to share our writing. Specifically, cutting out unnecessary legalese and use clear effective language in our legal articles.

From our small platform, the number of readers of The Malaysian Lawyer has exploded and it has been picked up by media outlets. Bloomberg TV, BFM radio and Focus Malaysia have all come across this website and invited me to speak with them.

More recently, I was featured on the cover story for Malaysia SME newspaper for their 11 June 2016 edition. I was interviewed on the impact of the new Companies Bill on SMEs in Malaysia. 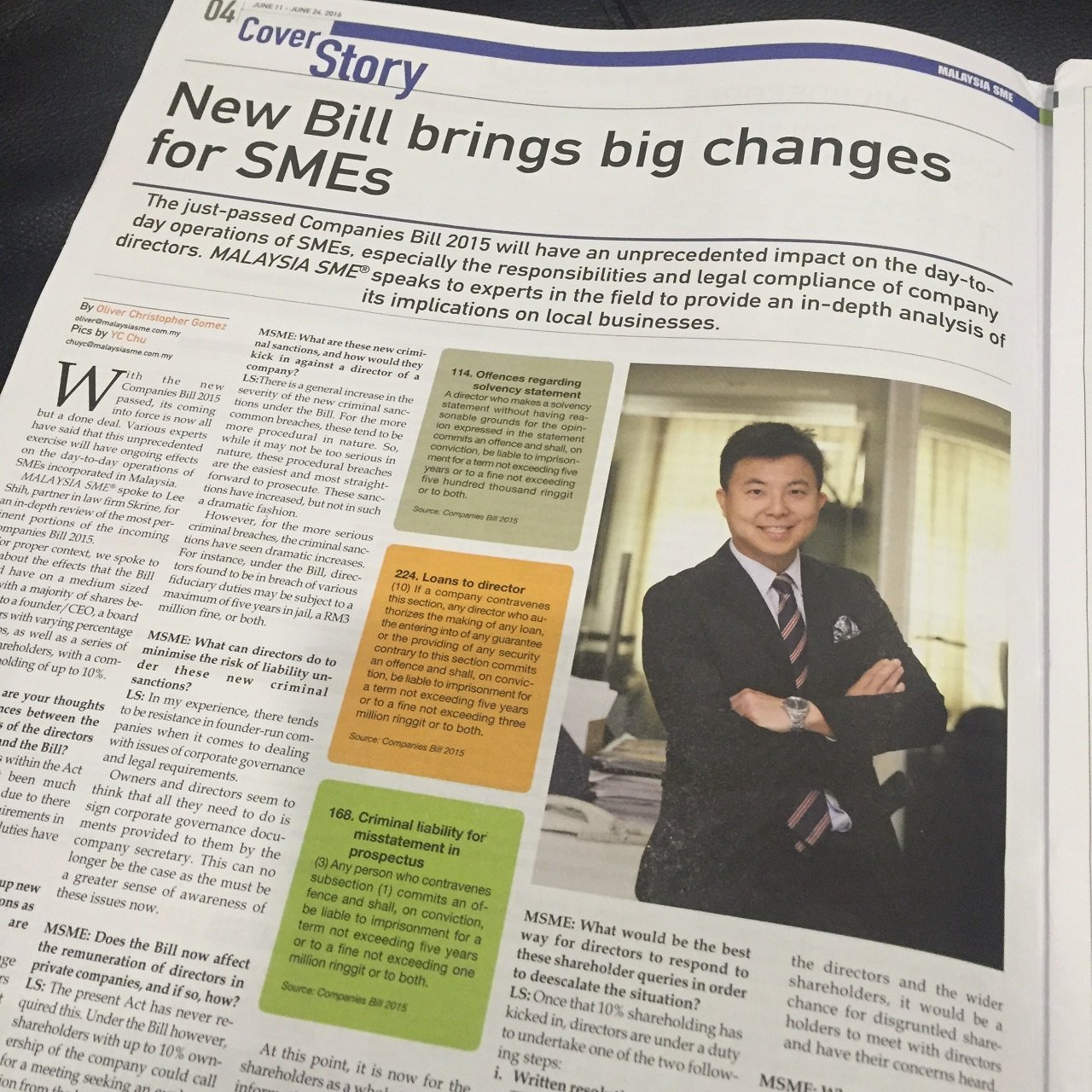 I have also been invited to be a regular columnist for the financial daily The Malaysian Reserve (in association with the International New York Times). My monthly column titled Raising the Bar had its the first article on 23 June 2016: The New Companies Bill – 5 Areas of Change. From small beginnings, it has been quite a journey seeing The Malaysian Lawyer grow. Both Marcus and I have more exciting things planned for the future. Things are going to just get bigger.

0 thoughts on “The Malaysian Lawyer in the Media”