It is now confirmed through the gazette notice. The Companies Act 2016 will come into force on 31 January 2017.

The entire Companies Act 2016 will come into operation except for the sections on: (1) the company secretary’s registration with the Registrar of Companies; and (2) the corporate rescue mechanisms. Hence, effectively, all companies will now have to operate under the Companies Act 2016 framework. 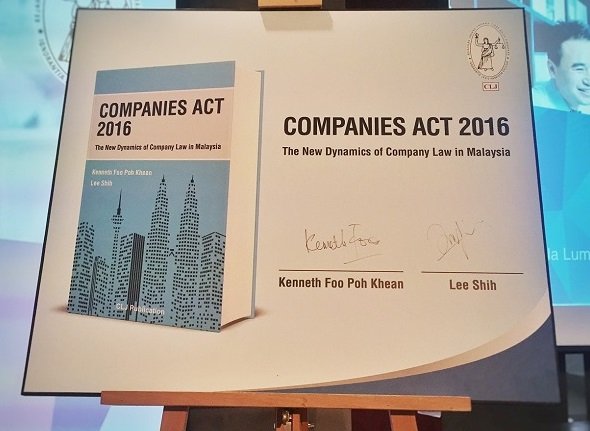 With 31 January 2017 merely days away, I set out the 10 crucial things companies can consider preparing for under the Companies Act 2016.

Companies may already be preparing for the issuance of the notice of its AGM. For private companies, there is now no longer a need to hold your AGM.

There will be changes to the contents of the company’s audited accounts. For example, the directors’ report enclosed in the audited accounts can include the new business review section. Further, there must be details of any indemnity given to, or insurance effected for, any officer or auditor of the company.

(4) Dividends – Directors be Aware of Solvency

The no-par value comes into effect. Firstly, this means that the issuance of all shares no longer carries a par value. That also means that there is no more concept of prohibiting the issuance of shares at a discount. The directors now have the discretion and the duty to determine the appropriate value for the shares when issued.

(6) M&A Deemed to be the Constitution

Effective 31 January 2017, your Memorandum & Articles of Association (M&A) will now be deemed to be the Constitution. There may be some conflict or uncertainty in the provisions of your M&A with that of the sections under the Companies Act 2016. Companies can decide to review their M&A and to make appropriate amendments, adopt a a new Constitution, or (for companies limited by shares) choose to not have its M&A / Constitution.

(8) Execution of Documents: Some Uncertainty

Companies will have to be aware that there is a provision providing that the valid execution of documents will need to meet certain signatory requirements, in particular, where a director must sign on that document. It is not clear whether this provision will be interpreted as meaning this is the only way you can validly execute a document or this is merely one way you can carry out such a valid execution. This would have a significant operational impact on all companies if all documents must also require the signature of a director.

The new Companies Regulations 2017 have also been gazetted. The new Regulations set out some changes and also sets out the Schedule of Fees. The new Forms are not contained within the new Regulations and they should be up on the Companies Commission website very shortly. [Update: The Forms are now up on the SSM website.] Some of the forms can be lodged through the electronic filing system while the other forms will have to be printed out and then manually lodged over the counter. The Form numbers have been removed and they only refer to the specific section number in the Companies Act 2016.

The notice has been gazetted confirming that the new threshold for the issuance of the winding up notice is now RM10,000. This is a significant increase compared with the existing RM500 threshold under section 218 of the Companies Act 1965.

The above is a small snapshot of some of the things to look into under the Companies Act 2016. There will still be many more things for us to get used to and to fully understand in the months and even years to come.

You may wish to read some of my related posts on the Companies Act 2016 below: