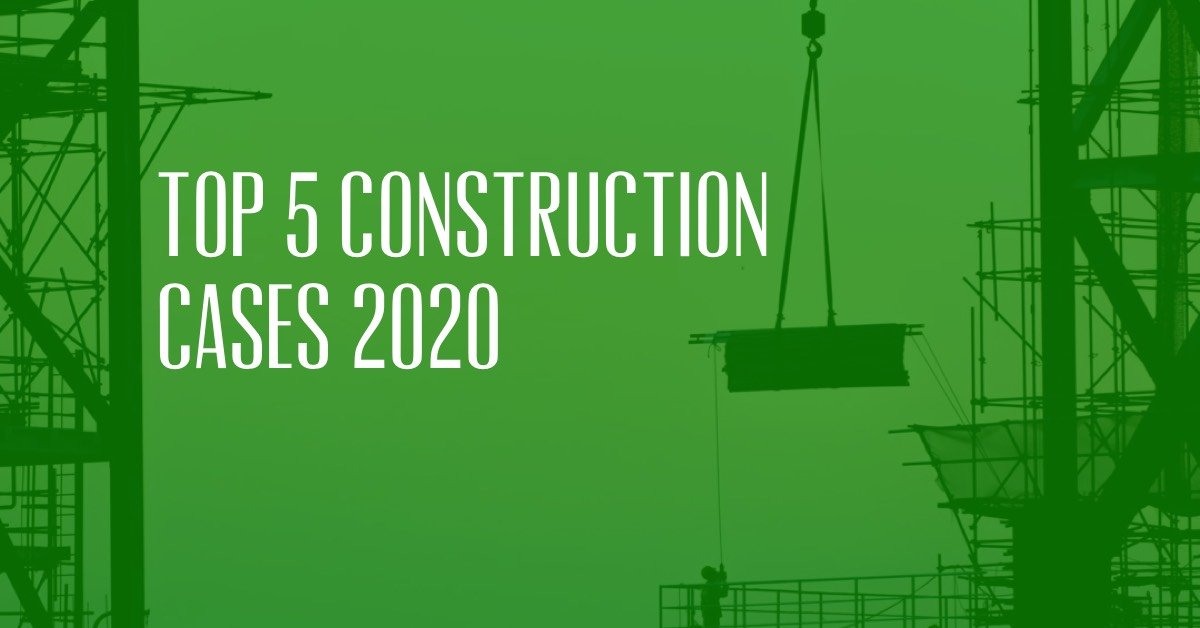 Our guest author, Kevin Wong, writes on the top 5 construction cases in Malaysia for 2020. The areas covered include when does time run for the calculation of liquidated damages, the Controller of Housing, and cases on the Construction Industry Payment and Adjudication Act 2012 (CIPAA).

#1: Sri Damansara – Court of Appeal Answers When Does LAD Start to Run?

This case concerns homebuyers as to whether the calculation of liquidated and ascertained damages (LAD) on late delivery of vacant possession should be calculated from the date of payment of booking fee or the date of the sale and purchase agreement (SPA).

In this case, the Tribunal for Homebuyer Claims (Tribunal) originally decided in favour of the homebuyer. LAD was calculated from the date of payment of the booking fee to the date of delivery of vacant possession. The developer had argued that the calculation should have been from the date of the SPA.

Dissatisfied, the developer applied for judicial review against the Tribunal’s decision. The High Court also agreed with the homebuyer’s basis of calculation from the date of booking fee. The developer then appealed to the Court of Appeal.

Instead, the Court of Appeal affirmed the High Court’s decision that the calculation was to run from the booking fee. The Court of Appeal held that the Housing Development (Control and Licensing) Act 1966 (HDA) is a social piece of legislation designed to protect the homebuyers who are in a more vulnerable position because of the inequality of bargaining power.

In Ang Ming Lee, the Federal Court essentially decided that the Controller of Housing has no powers to grant any extension to a developer to complete the development.

The High Court made four points:

First, Regulation 12 of Housing Development (Control and Licensing) Regulations 1989 provides that the Minister’s decision “shall be final and shall not be questioned in any court”. This part of the regulation is invalid as it ousted the Court’s judicial power.

Third, the Controller and the Minister cannot extend the time beyond the 36 months prescribed in Schedule H of the Housing Development (Control and Licensing) Act 1966.

Fourth, the homebuyers are entitled to claim for liquidated and ascertained damages based on the 36 months.

#3: Maju Holdings Sdn Bhd – High Court Decides Whether an Adjudication Decision Can be a Disputed Debt

ASM is currently on appeal. A decision from the appellate courts is warranted to solidify the nature of an enforced adjudication decision registered pursuant to section 28 of CIPAA.

This is the first decision to determine the nature of an order (not decision) made by an adjudicator in relation to costs awarded from the withdrawal of adjudication proceedings under CIPAA.

In this case, Multazam (Plaintiff) withdrew its adjudication proceedings against Felda (Defendant) when the proceedings were in progress. The parties could not agree on the quantum of the cost of withdrawal. The adjudicator determined the amount to be borne by the Plaintiff. Dissatisfied, the Plaintiff made an application to the High Court to, among others, set aside the order made by the adjudicator.

First, the High Court held that there is no provision in the CIPAA which permits an appeal or even the setting aside of a cost order made by an adjudicator.

Second, the High Court highlighted that the Plaintiff’s complaint was in substance an appeal against the adjudication order.

Third, the High Court could not entertain the Plaintiff’s complaint as the High Court has not been statutorily clothed with the jurisdiction power to do so.

This decision seals the finality of an order made by an adjudicator. Also, it serves as a timely reminder for a party who intends to initiate adjudication proceedings to bear in mind that an adjudication order (akin to a direction from the court) is not appealable and cannot be set aside.

Since coming into effect in April 2014, CIPAA has been a salvation for the construction industry to resolve payment-related disputes. However, the adjudication lifeline came to a halt from March 2020 to November 2020. During that period, there was no director of the Asian International Arbitration Centre (AIAC) to appoint adjudicators. This decision is useful in setting out an alternative to CIPAA as it has the effect of resolving payment disputes in the construction industry speedily.

In this case, Spring Energy (Plaintiff) commenced an action against Maju Holdings (Defendant) for sums due and owing pursuant to Payment Certificates No. 22 and No. 23. The Plaintiff successfully obtained a summary judgment. The Sessions Court held that, among others, the Plaintiff had proved a clear-cut case against the Defendant as the payment certificates issued contained the elements of clarity, finality and incontrovertibility. The issuance of payment certificates amounted to an admission by the Defendant and that the Plaintiff was entitled to the payments.

The adjudication process is back on track with the appointment the director of the AIAC on 1 December 2020. However, this decision opens up more options for contractors (where an arbitration clause does not govern their contracts) to resolve their payment disputes swiftly. 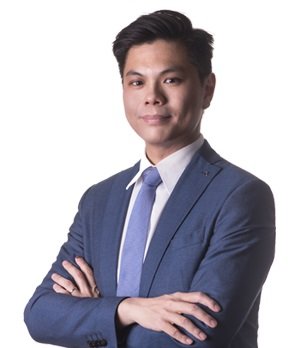 Kevin Wong is the partner in the Construction and Energy practice of Khong Partnership. He has experience in the entire range of dispute resolution processes including adjudication, litigation and arbitration.