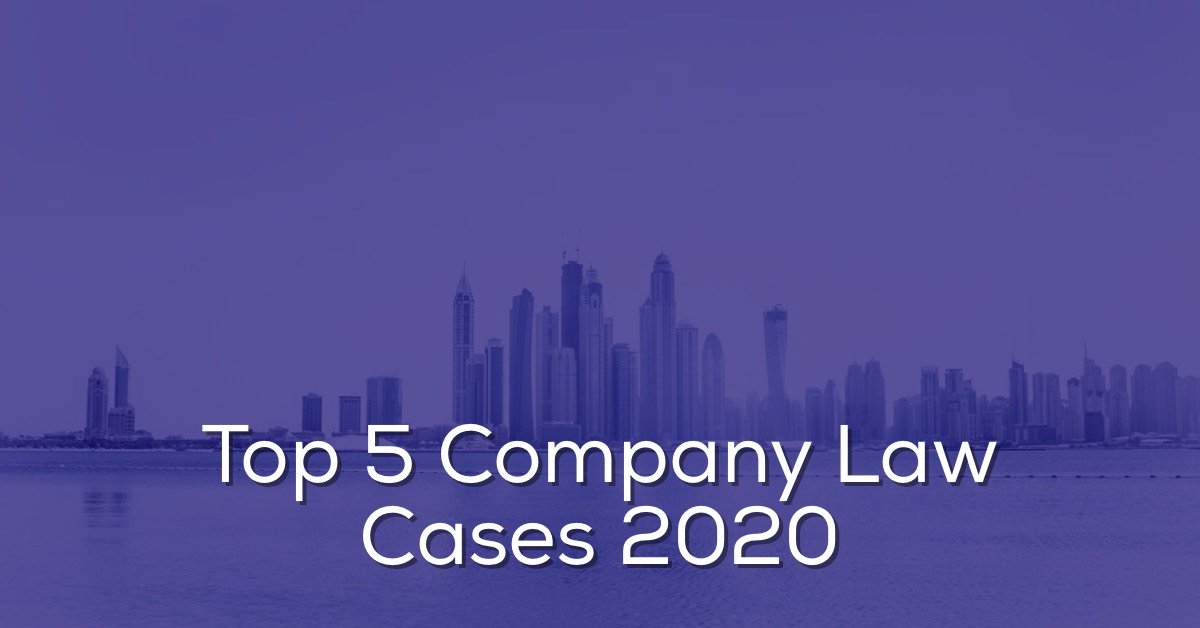 We start with this year’s top company law cases in Malaysia. I will do things a bit differently as there were a number of interesting company law decisions. So I group the cases (which are more than five) into five areas of company law issues.

#1: Rozilawati – High Court Decision on Notice of Board Meeting

First, the High Court clarified that there was no legal requirement for a board meeting notice to contain the matters or particulars of the business to be transacted at the meeting. Such requirement was, at most, best practice. This is unless expressly required in the relevant company’s constitution.

Second, it is not necessary for a deliberation or a formal voting process in relation to the subject matter in question before a resolution relating to the said matter can be validly passed.

This is the first known decision to interpret the term “debenture holder” in the context of the oppression provision in section 346 of the CA 2016. This term was also present in the previous section 181 of the Companies Act 1965.

This decision made two points.

First, the interpretation of the term debenture and debenture holder for the purposes of section 346 of the CA 2016. The term ‘debenture’ in this context refers to debt or financial instruments issued for fundraising or arising from instruments effected in the money market. It did not mean a debenture being a form of charge over assets in respect of commercial loans. The latter interpretation would open the flood gates to permit creditors of the company to file oppression acts.

This decision is presently on appeal.

#3: Golden Plus Cases – Court of Appeal and High Court Decisions on Removal of Directors

Why are the cases important?

A series of three cases from the various litigation relating to the Golden Plus Holdings Berhad group of companies. These cases fleshed out important issues relating to removal of directors and holding of general meetings.

In the second case, the High Court interpreted section 310(b) of the CA 2016. Section 310(b) is unique to the CA 2016. The section allows a meeting of members to be convened by “any member holding at least ten per centum of the issued share capital of the company ...”

The High Court held that “any member” could be both the singular and the plural. Hence, an aggregate of members holding at least the 10% of shares could convene the general meeting.

In third case, the High Court interpreted the removal of a director and whether section 206 of the CA 2016 would always apply. I have written a case update on this decision before.

The section 206 mechanism sets out a few parts. In relation to a private company being the case at hand, subject to the constitution, a private company director may be removed by ordinary resolution. Next, special notice is required of a resolution to remove a director “under this section“. Therefore, the special notice requirement is only needed if the removal of the director was made under the section 206 mechanism.

Both these cases assist in clarifying that disputes among shareholders under a shareholders’ agreement can still fall within the oppression relief under section 346 of the CA 2016. This distinguishes the Federal Court decision in Jet-Tech.

The High Court decided that breaches were not mere breaches of shareholders’ rights simpliciter as contained in the shareholders’ agreement. The breaches were in relation to the manner in which the affairs of the company were being conducted or how the powers of the directors are being exercised. Where the contended breach relates solely to matters between the shareholders inter see, that claim for breach must be pursued in contract and not under oppression.

(Yee Teck Fah and another v Wong Ngiap Lim and another with grounds of judgment dated 30 November 2020).

This is a rare case determining the duties of a company secretary, who those duties are owed to, and whether there was a breach.

Here, the company secretary was instructed to adjudicate, stamp and register the transfer of shares from the registered shareholder to the beneficial owners. Midway through the adjudication process, the registered shareholder instructed the company secretary to stop the transfer. There was a dispute as to the ownership of shares.

The beneficial shareholders, being the intended transferees of the shares, brought a claim against the company secretary.

First, the court held that there was no claim based on contract. The company secretary  did not have a contractual relationship with the intended transferees of the shares.

This case is significant in establishing that a company secretary can owe such a duty of care to third parties, such as the intended transferee of shares. It is important that the company secretary exercises proper skill and care when carrying out the share transfer process.