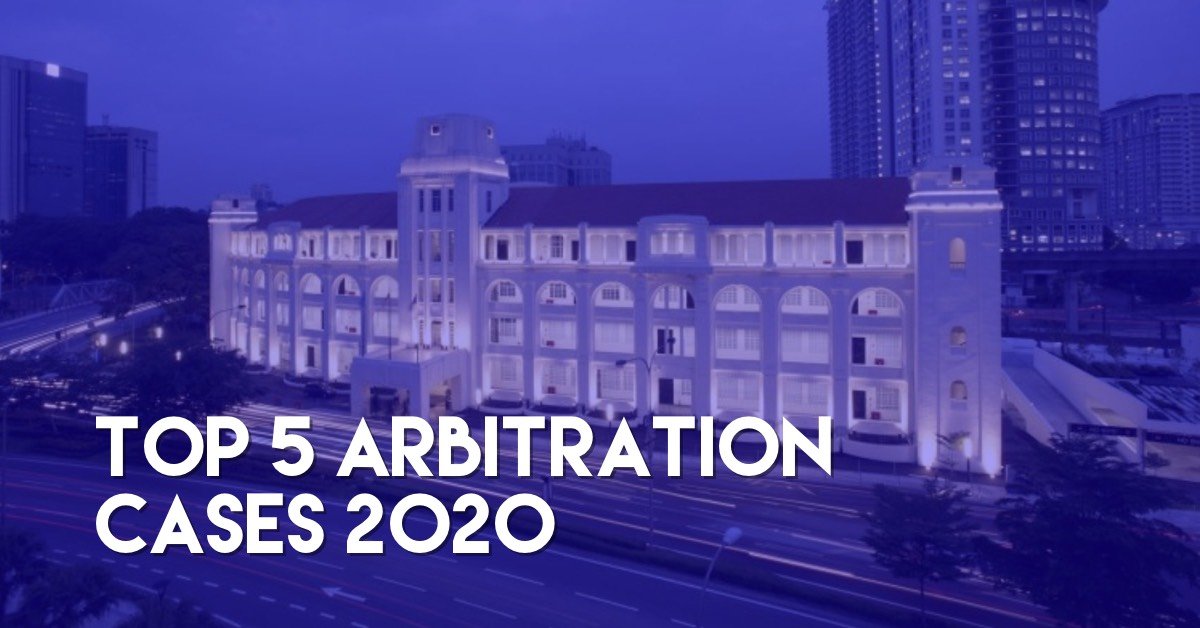 This year’s cases range from anti-arbitration injunctions, what amounts to a breach of natural justice for setting aside an arbitral award, adhering to the time limit for the issuance of an award, to the arbitrability of a dispute on the register of transfer of shares.

#1: The FELDA Decisions – High Court Decisions on Whether to Grant Anti-Arbitration Injunction or Not

Why are these cases important?

The background facts essentially involved the Federal Land Development Authority (FELDA) and FELDA Investment Corporation Sdn Bhd (FIC) having filed a conspiracy suit against Synergy Promenade Sdn Bhd and other alleged wrongdoers. The suit was to challenge certain contracts, including a Development Agreement, and other documents.

In the second judgment, both FIC and FELDA was applying for an anti-arbitration injunction against Synergy Promenade. The relief sought was again similar in that the injunction was to restrain Synergy Promenade from taking any or further step to continue with the arbitration proceedings. This would be pending the final disposal of the conspiracy suit.

This case sets out important principles for the setting aside of an arbitral award on the ground of breach of natural justice.

First, the court will consider which rule of natural justice was breached, how it was breached, and in what way the breach was connected to the making of the award.

Second, the court must consider the seriousness of the breach in the sense of whether the breach was material to the outcome of the arbitral proceeding.

Third, if the breach is relatively immaterial or was not likely to have affected the outcome, discretion for setting aside will be refused.

Fourth, even if the court finds that there is a serious breach, if the fact of the breach would not have any real impact on the result and that the arbitral tribunal would not have reached a different conclusion, the court may refuse to set aside the award.

Fifth, where the breach is significant and might have affected the outcome, the award may be set aside.

Sixth, in some instances, the significance of the breach may be so great that the setting aside of the award is practically automatic, regardless of the effect on the outcome of the award.

Seventh, there is a wide discretion given to the court and dependant on the nature of the breach and its impact.

#3: Pancaran Prima – Federal Court Decides that Arbitrator Can Rely on Own Knowledge of Construction Industry and Would Not Breach Natural Justice

One of the key issues of law before the Federal Court was whether an arbitrator, well acquainted with the construction industry, could apply his own knowledge and expertise when the arbitrator made a key finding in the arbitral award.

The arbitrator in this case made the finding that was that it was almost a norm in the Malaysian construction industry for most contractors to include a profit margin of 10-15% for having to manage a nominated subcontractor. The parties to the arbitration did not have an opportunity to submit on this issue. Hence, the question of whether there was a breach of natural justice.

The Federal Court emphasised that key to this issue is section 21(3)(b) of the Arbitration Act 2005 where the power conferred on the arbitral tribunal shall include the power to draw on its own knowledge and expertise. This is a power conferred by statute.

Next, there is a difference between a ‘lay arbitrator’ and an arbitrator with certain expertise and experience in a particular field. In this case, the arbitrator was not a lay arbitrator. He was a professional engineer, a chartered arbitrator and a Fellow of the Chartered Institute of Arbitrators. The power of arbitrators to draw on their own knowledge and expertise in appropriate cases is essential to arbitration in very many cases.

Unless it can be shown that the arbitrator’s own knowledge and expertise on any fact in issue is plainly and unarguably wrong, the court must be slow to interfere with the arbitrator’s findings.

#4: Ken Grouting – Court of Appeal Rules that Guillotine Falls Once the Deadline to Issue the Award Has Passed

This Court of Appeal decision involved the issue where the arbitrator had failed to deliver the arbitral award in accordance with the timeline stipulated in the rules of arbitration. The decision is an important reminder for arbitrators on the strict adherence to the timelines for the delivery of an award and to rely on the extension of time mechanisms within the rules of arbitration.

The original three-month deadline was on 26 April 2016. The arbitrator eventually delivered his award on 10 March 2017 and issued an amended award on 7 April 2017. None of the parties raised any objection that the deadline had passed. A setting aside of the arbitral award challenge was filed.

The Court of Appeal made some of the following key points.

First, the rules of arbitration which stipulate that an award must be delivered by a certain date are time-sensitive. It is therefore mandatory for the arbitrator to comply with such a provision as it affects the arbitrator’s mandate, and therefore his jurisdiction.

Fourth, the arbitrator’s failure to deliver the award by the deadline and the failure to extend time as per the rules results in a cessation of the arbitrator’s mandate and jurisdiction . The award is therefore a nullity and remains so unless extended under section 46 of the Arbitration Act 2005 – where the High Court may make an order to extend time for the making of an award.

Fifth, the court may not extend time on its own volition under section 46. The parties or the arbitrator have to make an application for purposes of section 46.

This case highlights the very expansive approach of courts in interpreting the arbitrability of disputes arising out of a contract. Even where there appears to be a seeming clash of statutory reliefs for registration of shares under the Companies Act 2016 and a contractual remedy of arbitration, the courts will still weigh heavily in favour of arbitration. This is to hold the parties to their contractual bargain.

The Plaintiff filed a court action against Tune Talk, the corporate secretarial company and the company secretary to compel them to register the transfer of the shares. Tune Talk then filed an application to stay the court proceedings pending arbitration.

One key issue raised by the Court was whether sections 106 and 107 of the Companies Act 2016 would have to yield or be subordinated to the arbitration clause in the shareholders’ agreement. Sections 106 and 107 essentially provide that the company shall enter the name of the transferee in the register of members as a shareholder within 30 days from the receipt of the instrument of transfer of shares. If the company refuses to register a transfer, the transferee or transferor may apply to the court for an order to register the transfer.

On whether Tune Talk had potentially committed an offence under the Companies Act 2016 by delaying the registration (see section 106(3)), the Court adopted the Indian cases cited by Tune Talk. Allegations of criminal wrongdoing or statutory violations would not detract from the jurisdiction of the arbitral tribunal to resolve a dispute arising out of a civil or contractual relationship.

Following the themes in the cases of Fulham Football Club and Tomolugen, allegations of prejudice or breach of a shareholders agreement and unconscionable behaviour are all matters also capable of being decided by an arbitrator. The court allowed the stay of the court proceedings pending arbitration.