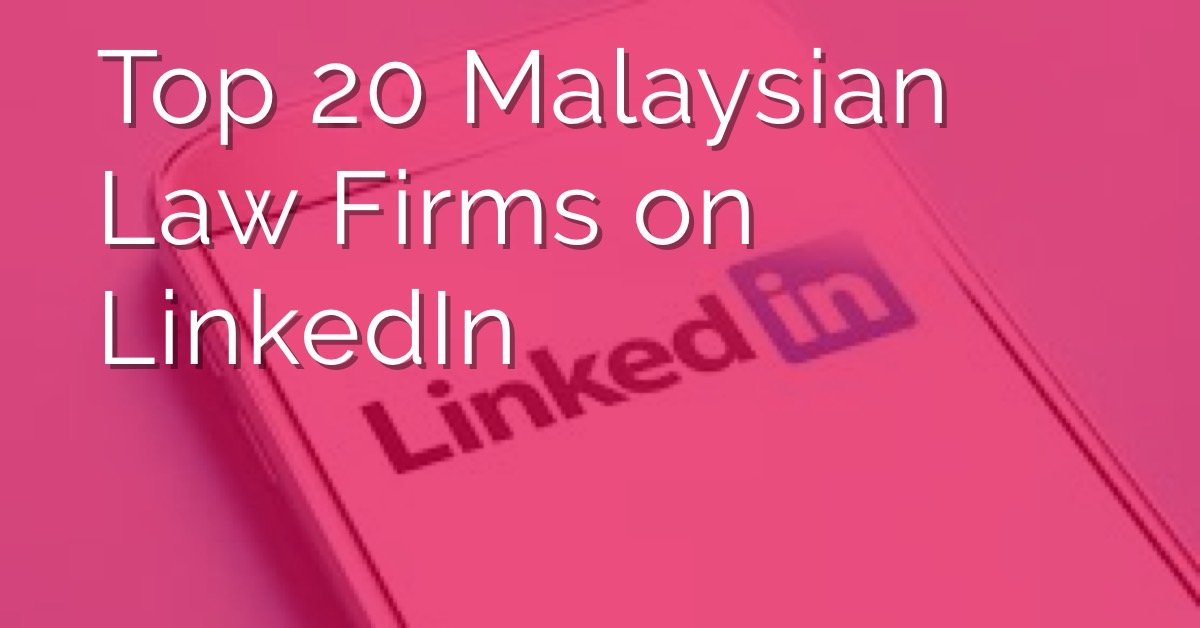 In September 2019, we featured the Malaysian law firms active on LinkedIn. The list in 2019 covered less than 10 law firms.

We feature below the top 20 most-followed Malaysian law firms for the year 2021. The numbers are as at 13 September 2021.

Comparing the list of the top 20 firms on LinkedIn and the largest firms in Malaysia, the firms of ZICO Law and Skrine mirror their rankings on both lists.

Nonetheless, 9 law firms out of the top 20 list are not among the largest but they showcase their LinkedIn presence by having a large number of follows: Thomas Philip, Rosli Dahlan Saravana Partnership, Donovan & Ho, Lim Chee Wee Partnership, Tay & Partners, Richard Wee Chambers, LAW Partnership, MahWengKwai & Associates, and Gan Partnership.