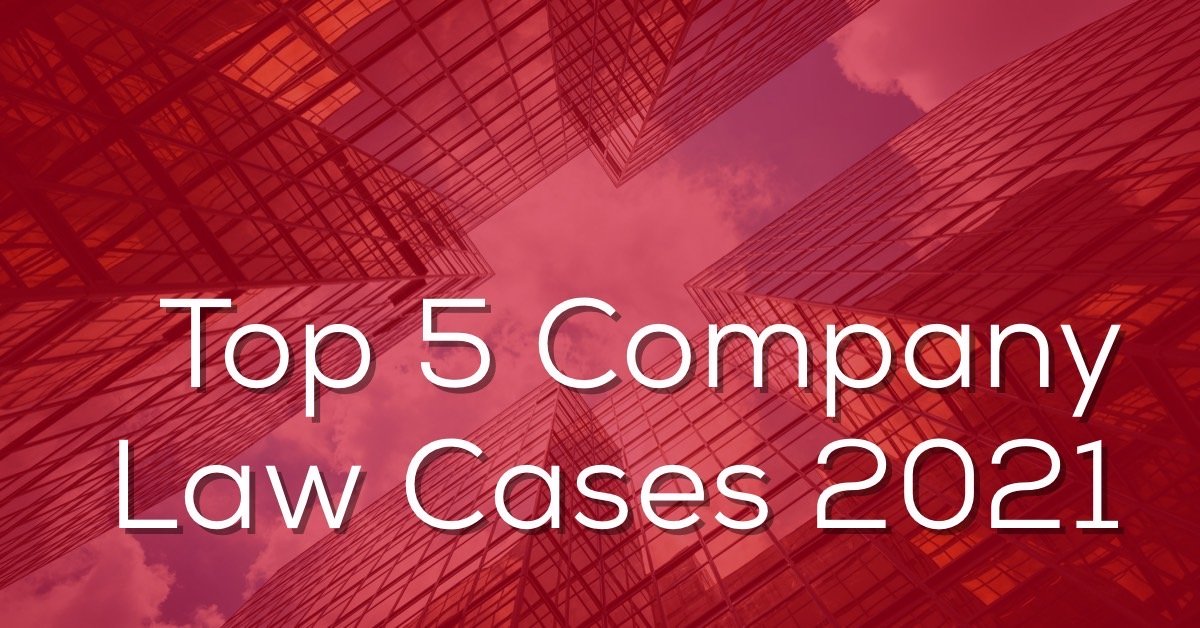 This list will cover decisions on shareholder’s oppression, the shadow director, indemnity for officers, pre-emptive right and adjourned general meetings.

In line with this liberal construction, the Court confirmed that an oppression action is not merely confined to reliefs against the ‘oppressor’ shareholder.

The Court can go further and impose liability against the directors of the company in question or even third parties. This is provided that there is a sufficiently close nexus between the oppressive conduct and the party in question. It requires deliberate involvement in the impugned transactions, or a sufficiently close nexus, participation or connection to warrant the imposition of liability on those directors or third parties in question.

The Federal Court set out the 7 factors as to when oppression liability can be imposed on such third parties (see [128] of the decision).

(a) There should be evidence of deliberate involvement or participation in, or a sufficiently close nexus to the oppressive or detrimental or prejudicial conduct that the minority complains of, to warrant the attribution of liability to a director or third party.

(b) The imposition of liability should be fair or just in all the circumstances of the particular case.

(c) In assessing whether the imposition of such liability is fair or just, the court should be satisfied that the remedy results in fairness to the parties concerned as a whole. In this context, liability may well be more easily assessed and imposed where a director has breached his duties, acquired personal benefit or where his acts or omission will result in prejudice to other shareholders. However, the foregoing examples do not comprise conditions without which liability will not be imposed. Ultimately the facts and factual matrix of each particular case will determine whether or not the imposition of liability on directors and/or third parties is justified. Such an assessment is undertaken on an objective basis.

(d) The attribution or imposition of liability should be circumspect, going no further than is necessary to remedy the breach complained of or to stop the oppressive or prejudicial conduct;

(e) Such imposition of liability must be reasonable, and serve to alleviate the legitimate concerns of the shareholders of the company in question;

(f) In exercising its powers under section 181 of the CA 1965 (and now section 346 of the CA 2016), the court should bear in mind general corporate law principles, such that director liability does not become a substitute for other statutory relief or under the common law.

(g) In summary, the question for the court is whether, in the context of the oppression provision, the defendant was so connected to the oppressive, detrimental or prejudicial conduct that it would be fair and just to impose liability against him for such conduct.

#2: Najib Razak Decision – Court of Appeal Rules on the Issue of Shadow Director

Among the different legal issues, the Court of Appeal decided on a significant point in establishing that the former Prime Minister of Malaysia, Dato’ Sri Najib Razak, was a shadow director of SRC International Sdn Bhd.

“director” includes any person occupying the position of director of a company, by whatever name called, and includes a person who acts or issues directions or instructions in a manner in which directors of a company are accustomed to issue or act, and includes an alternate or substitute director, notwithstanding any defect in the appointment or qualification of such person

#3: Perdana Petroleum Decision – Court of Appeal Explains the Legal Nature of the Constitution and the Indemnity for Directors and Officers

I had written a case update earlier.

First, this decision is a tour de force in mapping out the origins and the legal status of the memorandum and articles of association (i.e. the predecessor term for the constitution) of a company. Ultimately, the memorandum and articles of association, or constitution, is a contract between the members, in their capacity as members, and the company.

Second, this decision explains that the usual Article 113 indemnity provision in the Table A of the articles of association (as seen in Article 170 of the Perdana Petroleum case), without more, cannot extend to the company providing an indemnity to third parties.

113. Every director, managing director, agent, auditor, secretary, and other officer for the time being of the company shall be indemnified out of the assets of the company against any liability incurred by him in defending any proceedings, whether civil or criminal, in which judgment is given in his favour or in which he is acquitted or in connection with any application under the Act in which relief is granted to him by the Court in respect of any negligence, default, breach of duty or breach of trust.

This decision will affect third parties like directors, auditors and company secretaries.

A pre-emptive right is where existing shareholders have a right to be first offered any new shares to be issued. In the corporate sphere, there are two important provisions relating to pre-emptive rights.

The Court of Appeal set out the restrictions when attempting to bypass the pre-emptive right in section 85 of the CA 2016.

Third, the directors’ power under section 75 of the CA 2016 to allot shares in the company cannot bypass the restrictions imposed in section 85 of the CA 2016.

Hence, future cases dealing with pre-emptive rights will have to carefully navigate the restrictions as clarified in this Court of Appeal decision.

This case is part of the long series of company law litigation relating to Golden Plus Holdings Bhd.

This case decided on several novel and significant points of company law. In particular, relating to the law on meetings and adjourned meetings.

This case touched on:

One thought on “Top 5 Company Law Cases in Malaysia 2021”