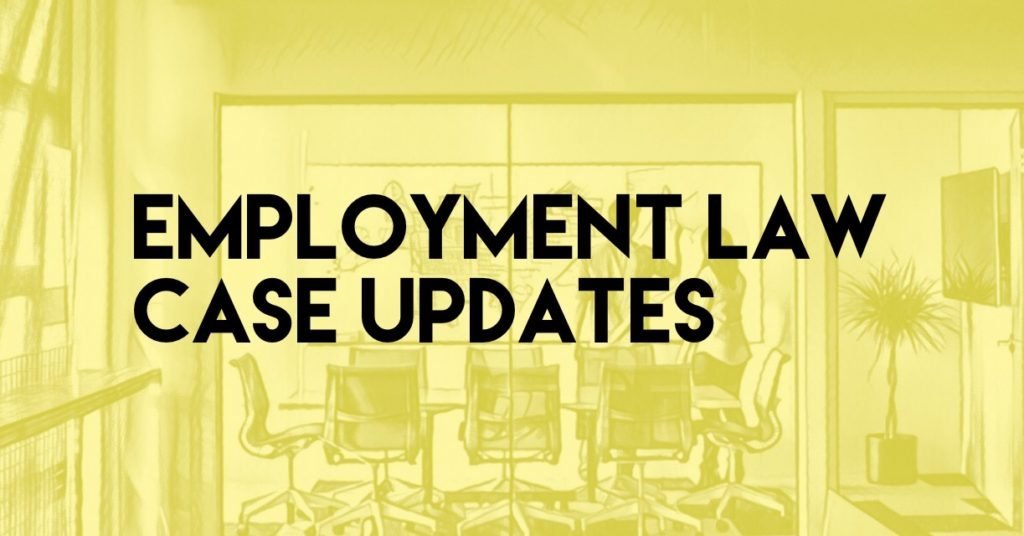 The Industrial Court recently decided that the retrenchment of an employee, which the employer said was due to the challenges caused by the COVID-19 pandemic, was an unfair dismissal. This decision shows that, while the courts will uphold genuine retrenchments as an option available to employers to ensure the financial viability and survival of their businesses, employers cannot simply cite the pandemic as an excuse to retrench employees without proper justification.

The award in Joseph Lim Chien Shiuh v. DTTLT Sdn Bhd (Award No. 1052 of 2021) dated 19 May 2021 should serve as a cautionary tale for employers. I expect we will see many more employees successfully challenging terminations carried out in 2020 and 2021 by businesses claiming to have been affected by the various lockdowns or Movement Control Orders (MCOs) and related restrictions.

In Joseph Lim, the employee (“Claimant”) started working as the General Manager for DTTLT Sdn Bhd (“Company”) on 19 July 2017.

On 12 May 2020, the Company issued an internal memorandum to all employees informing them that the Company would be implementing austerity measures from 1 April 2020 to 30 June 2020. On 1 June 2020, the Claimant was informed that he would be terminated from employment with effect from 31 July 2020 on the basis of austerity initiatives to ensure the sustainability of the Company’s business.

The Claimant lodged an unfair dismissal claim, stating that the Company had dismissed him without just cause or excuse, as his position was not redundant and his job functions still remained in existence at the time of his dismissal.

In short, the Company’s position was as follows:

In short, the Claimant’s position was as follows:

In determining whether the Claimant was dismissed with just cause or excuse by the retrenchment exercise undertaken by the Company, the Court asked these questions:

The Company stated that it was badly affected by the MCO which had been imposed since March 2020, and therefore needed to restructure to sustain itself. The Company gave evidence that it undertook austerity measures where employees earning above RM10,000/month had to take a 10% pay cut. A few business units were merged, and some staff had to be terminated, including the Claimant. The Claimant was the General Manager of the Apple Beats Business Division which is a smaller business portfolio of the Company which had to be merged with Apple Business Division, and as a result the Apple Beats Business which the Claimant was heading no longer existed, and the Claimant became redundant. The Company also gave evidence that the Claimant’s performance over a period of 3 years had not been promising, and the Claimant was argumentative, uncooperative, and ill-tempered which made other staff uncomfortable, and also that the Claimant had been dishonest in not making full and frank disclosures about his past employment matters.

The Claimant denied the allegations made by the Company, and said he wasn’t aware of any austerity measures or downsizing. He gave evidence that he had performed many duties including overseeing the profitability of the Company’s business. The Claimant’s evidence pointed to the fact that his job scopes and responsibilities existed at the time of his dismissal.

The evidence also showed that, shortly before the Claimant’s dismissal, the Company was systematically taking away many of the Claimant’s job scope and placing them with other General Managers.

The following are some of the relevant findings of the Court, having considered the evidence:

The Court found that the Claimant was dismissed without just cause and excuse, and ordered the Company to pay the Claimant RM183,416.25 comprising backwages and compensation in lieu of reinstatement, less termination benefits already paid.

As I stated at the start of this article, employers cannot expect that courts will automatically accept that the pandemic and MCO has caused sufficient challenges to justify any decision to retrench employees. Some key points that employers should always bear in mind include the following:

You can read my previous retrenchment-related articles by clicking on the tag here. These earlier articles have also been very popular and should prove useful: